The 27-year-old slipped into a stunning balconette bra and matching lace knickers as she cradles her stomach, just months ahead of her due date. 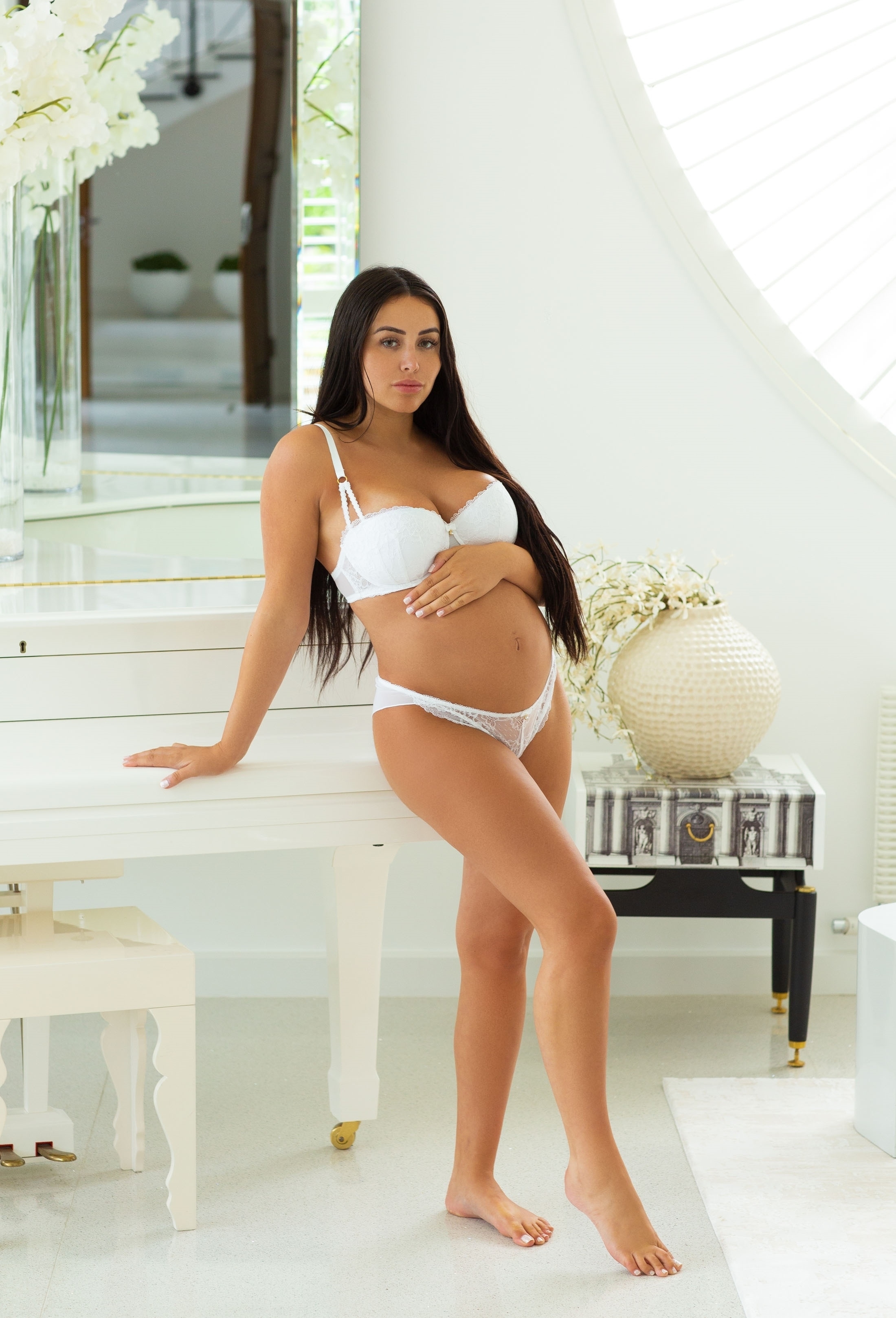 The Geordie Shore star was pictured looking adoringly at her baby bump in her underwear, while her long brunette tresses draped over her body.

A separate image captures Marnie leaning against a closed piano as she showed off her bump.

While another shot sees her show off the bump from a side view as she reclined on the floor near a plush white leather sofa.

For the shoot Marnie opted for the natural look as she opted for minimal makeup. 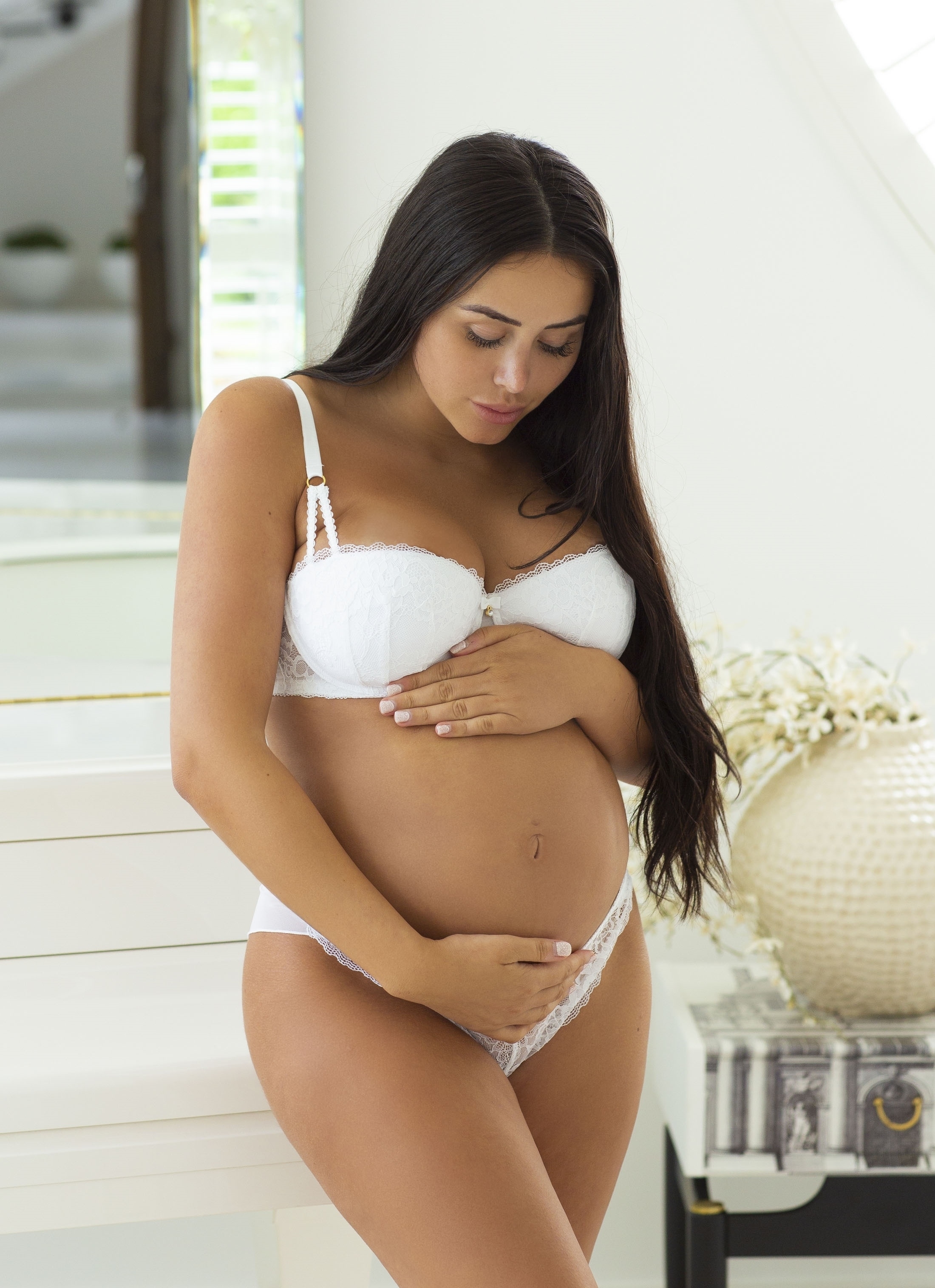 Marnie has documented her pregnancy over the last seven months on social media.

She has previously joked she looks like she has swallowed a football because her body shape has changed so much during her pregnancy.

The reality star is expecting her first baby with Casey Johnson, who she has been dating for over two years. 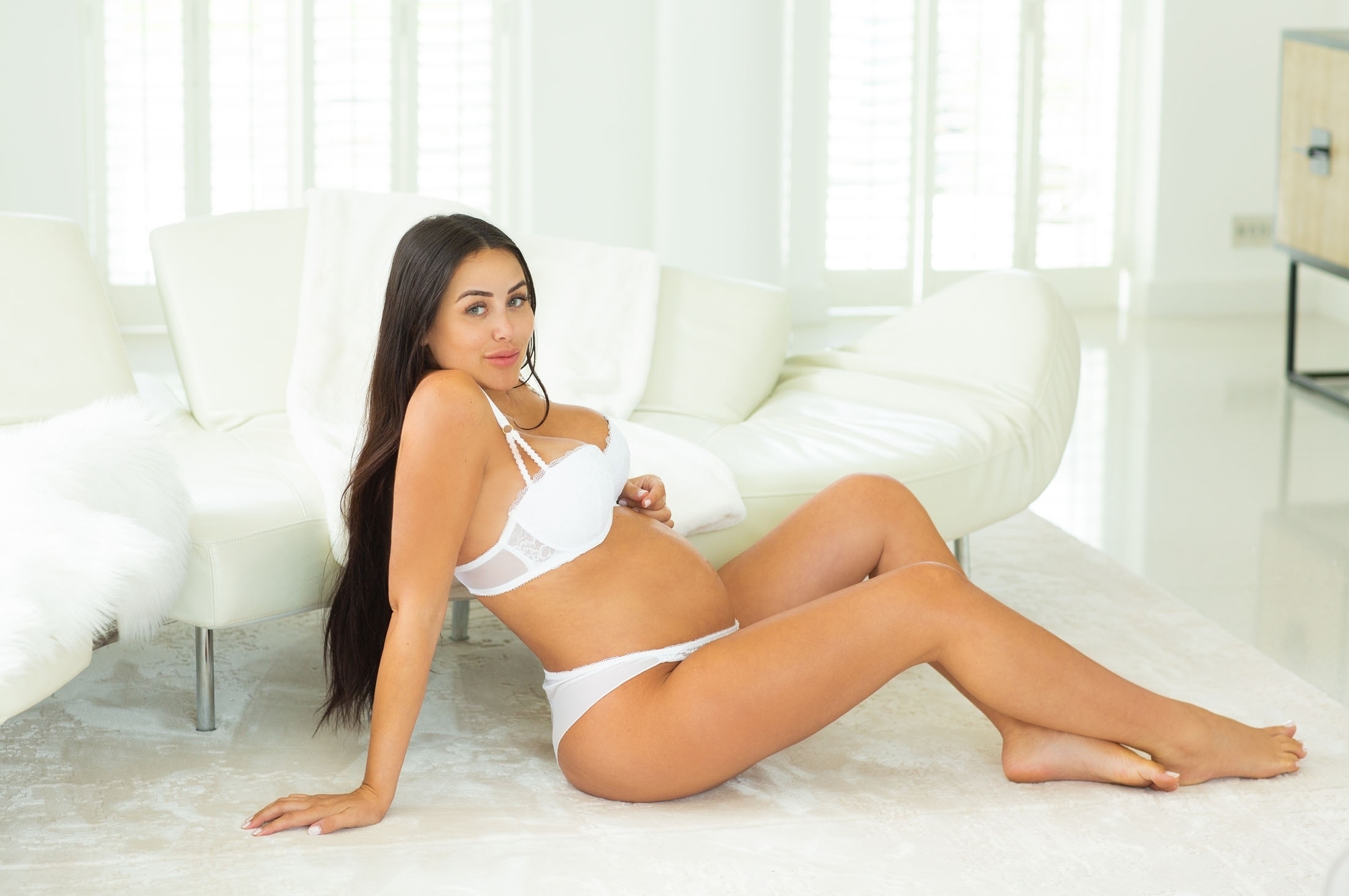 The pair announced the news they were expecting on a trip to Paris back in April.

Marnie shared a photo of the couple kissing beside the Eiffel Tower in April to confirm the news the pair were set to become parents.

One month later, in May, they threw a lavish baby shower and announced they were expecting a boy.

However, Marnie always thought she would be having a girl, and is struggling to think of a name for her son.

Fashion brand Simmi Shoes shared a video interview with Marnie and Casey discussing parenthood and potential baby names, which she has re-posted on her own Instagram Story too.

She said: "It's really hard thinking of boys names. I thought I was having a girl. It's harder for a boy."