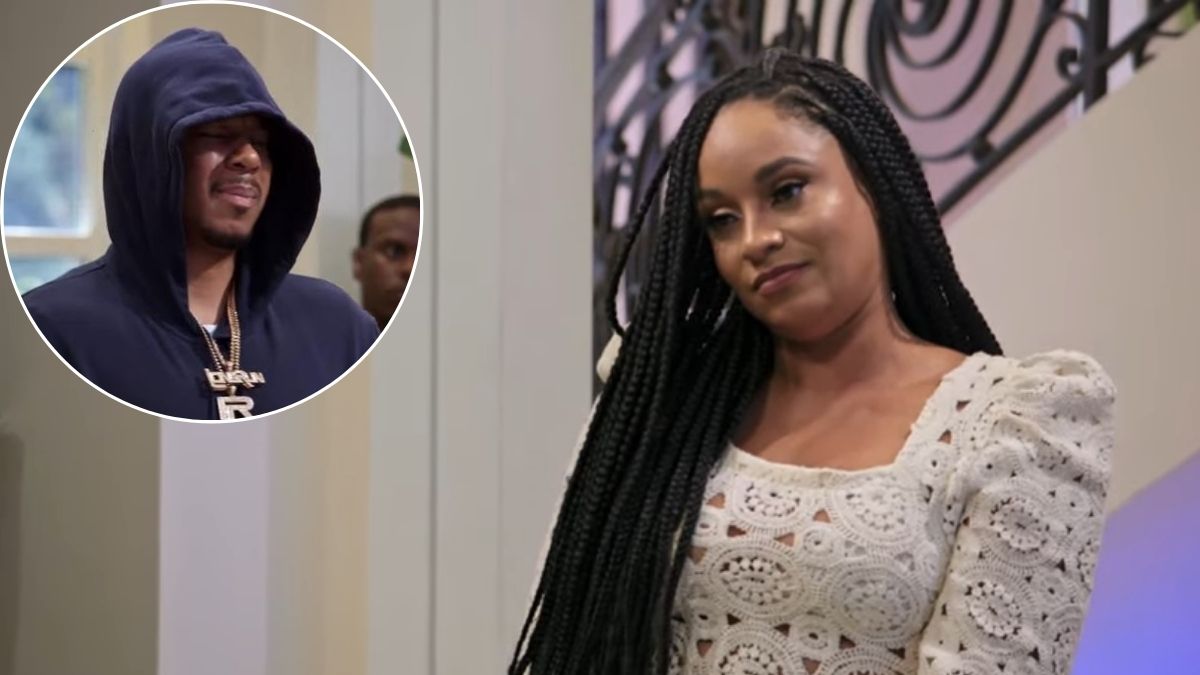 It’s been a rough ride for Tahiry and Vado on Marriage Boot Camp: Hip Hop Edition. As the couples continue to work on themselves and their relationships, it’s come time for some tough questions and some even tougher answers.

WEtv viewers already know that things got really tense when Vado lost his temper and put his hands on Tahiry in front of the whole group. He had to be removed from filming and both of them were counseled because the outburst was so unacceptable.

On the day the incident was aired, Tahiry even took to Instagram to address it, telling her fans that she was “devastated that this was shown for the world to see.”

But Tahiry continued on the show with Vado and now, it’s time for a moment of truth.

Tahiry wants to know if Vado is sorry

On the next episode of Marriage Boot Camp: Hip Hop Edition, each of the couples will have the chance to ask their partner a question.

In the case of Tahiry and Vado, Tahiry gets a question but Judge Toler tells Vado that, due to the incident where he put his hands on Tahiry, he would not get one.

Tahiry wants to know if Vado is “sorry” for putting his hands on her. In the confessional, she said, “I’m more concerned about Vado’s answer because that will dictate where we go from here.”

Apparently, she’s willing to forgive the scary incident, but Dr. Ish and Judge Toler certainly won’t let him forget it.

In response to Tahiry’s question, Judge Toler asked her, “Do you accept physical violence as a normal part of a relationship?”

The tension is thick as both Vado and Tahiry are asked to answer these questions and to be honest. After all, the whole purpose of coming on the show is to strengthen their relationship and grow as a couple.

But can Tahiry and Vado continue on after he put his hands on her just five days into this experience? And should she even be willing to do that?

Will Tahiry stay with Vado after his outburst?

Tahiry has addressed fans’ concern for her well being and has even promised more answers over time. Hopefully, as this season of Marriage Boot Camp: Hip Hop Edition starts to wind down, she’ll open up more about what is going on and whether or not she will be moving on.