MBC Group has announced it will launch Shahid VIP, the first dedicated Arabic streaming service in North America, on Nov. 1.

Shahid VIP brings the world’s largest collection — more than 25,000 hours — of Arabic entertainment to the U.S. and Canada, including films, series, original programming and live access to MBC’s TV channels. The commercial-free service will be available on smart TVs, computers and Android and iOS devices free for the first 30 days. It will cost $8.99 a month or $79.99 a year in the U.S. and $9.99 a month or $89.99 a year in Canada thereafter.

“Shahid VIP’s launch in North America delivers a line-up of top-rated series and movies that will make Arabic speakers feel very much at home,” said Luis Duran, CCO of Shahid VIP. “The remarkable international subscriber growth we’ve already seen underscores the quality of Shahid VIP’s content and this will be accelerated by our roll out into the U.S. and Canada.”

“Shahid VIP brings all the best TV shows, movies and channels from the Middle East and North Africa to the millions of Arabic-speaking viewers living in the U.S. and Canada,” added Ali Jaber, MBC Group TV director. “For Arabic-speaking fans, having all this programming in one place and available to watch whenever and wherever you want is a great way to stay connected with the region’s entertainment and culture.”

Priced at €12.99 ($15.17) per month, Elisa Viihde Viaplay will include all content currently available through Viaplay’s Finnish ‘Films & Series’ package and Elisa’s streaming service Elisa Viihde Aitio. An upgraded package will also be available for €34.99 ($40.88) per month that will include Viaplay’s premium sports content such as Premier League, Bundesliga, NHL and KHL.

NENT Group will handle the platform’s technology and analytics, with Elisa heading the commercial aspects of the operation, including sales, marketing and customer support.

The International Film Festival Mannheim-Heidelberg (IFFMH) has announced it will now be held entirely online after the German government ordered all cinemas to close on Nov. 2 to slow the spread of COVID-19.

Having reached out to participating filmmakers, producers and distributors, the festival confirmed that the majority of this year’s program, including 12 of the original 14 competition titles — 10 from its Pushing the Boundaries sidebar, seven films for kids and seven from this edition’s retrospective —  will be available to stream on the festival’s extended online platform. IFFMH is currently reaching out to rights holders to expand this year’s offerings further.

The festival will also offer extended contributions from filmmakers including dedicated introductions and interviews.

Additionally, in an effort to support the especially hard-hit venues, €1 from each ticket sold will be passed on to the festival’s cinema partners and IFFMH will organize a series of collaborative events once cinemas are able to open again.

Tony-winning musical “Jersey Boys” is heading back to London’s West End and the newly renovated Trafalgar Theater where it will premiere on April 21.

Dodgers and Trafalgar Theatre Productions Ltd. are producing. Casting has yet to be announced. 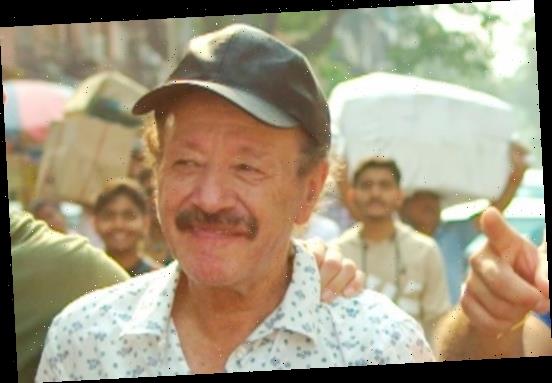 Who was the Thomas brothers’ dad Dougie James? – The Sun