CBS’ hit procedural drama NCIS Los Angeles will finally premiere its 14th season in October. Although the recent instalment ended on a satisfying note, fans believe things could soon turn dark for their favourite character with the return of Sociopath David Kessler (played by Frank Military).

Season 13 ended in May with a few happy endings for the team of special agents.

Callen (Chris O’Donnell) was able to put the case of a mysterious deep fake to bed and proposed to Anna (Bar Paly). 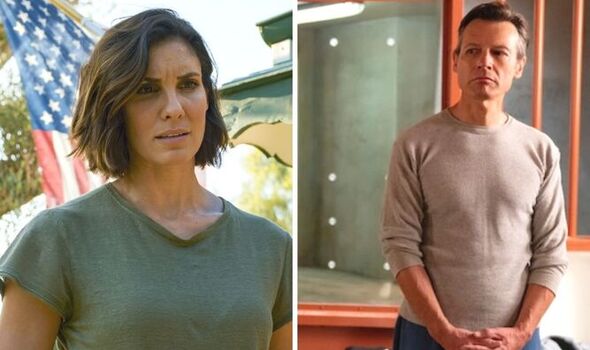 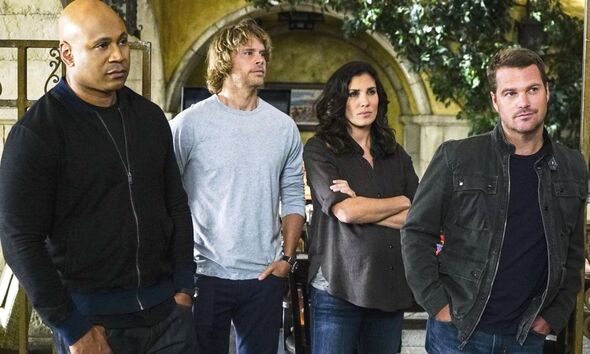 Although things seem to be left on a happy note for Kensi, fans believe her life could soon take a turn for the worse in season 14.

Kensi first came across Kessler in the season 12 episode titled ’Raising the Dead’ when she helped put him in jail.

The sociopath was guilty of being an arms dealer as well as a number of other offences including the human trafficking of minors.

When he came face to face with Kensi, he revealed how much he truly knew about her life including her marriage and fertility troubles. 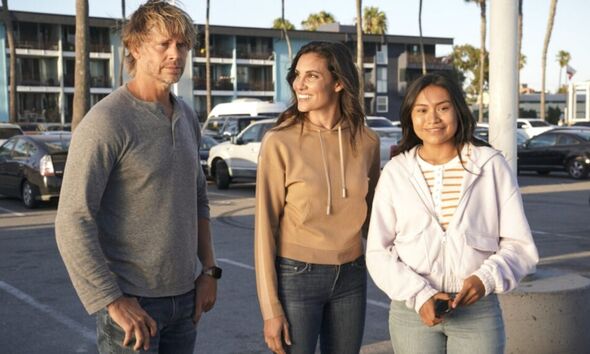 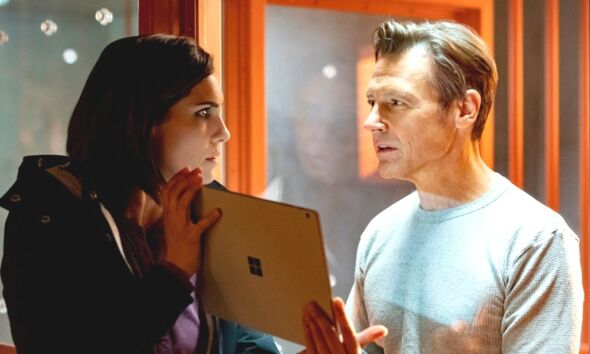 Then threatened, he was working out “to be ready to hunt you down, have sex with you, and then kill you, maybe not even in that order.”

However, things changed when Kessler was given a presidential pardon and sought revenge for being sent to prison.

Kensi then admitted she was fearful of Kessler after he sent a postcard with a photo of himself at the Santa Monica and wished he was with her.

The agent had become so haunted with fear, she had begun dreaming of him and even shouted his name in her sleep.

As season 13 had such a focus on Katya (Sasha Clemanties) who was eventually killed, fans believe the upcoming instalment will see some new antics from familiar faces.

With Kensi and Deeks’ new responsibility as parents, they would have more to lose with Kessler’s return.

The show’s executive producer R. Scott Gemmill opened up about these prospects in an interview with TV Line.

He stated: “That’ll be something else that we will resolve next season, there’s a couple things.

“I think that’s one of the great things for us is that we can drop in a story and let it sort of settle away and sort of fester and bubble away until it rears its ugly head again.

“Whether it’s Katya or Kessler or any of the other myriad of conflicts we sort of had over the years.”

Gemmill confirmed: “I think for sure, we’ll put that one to bed because nobody wants to live with that over their shoulders the rest of their lives.”

Fans will have to tune in to see how Kessler will make his return and if it will jeopardise Kensi’s hopes of a happy family.

NCIS Los Angeles season 14 will premiere on CBS on Sunday, October 9. Season 13 continues Sundays on Sky Max and NOW in the UK.