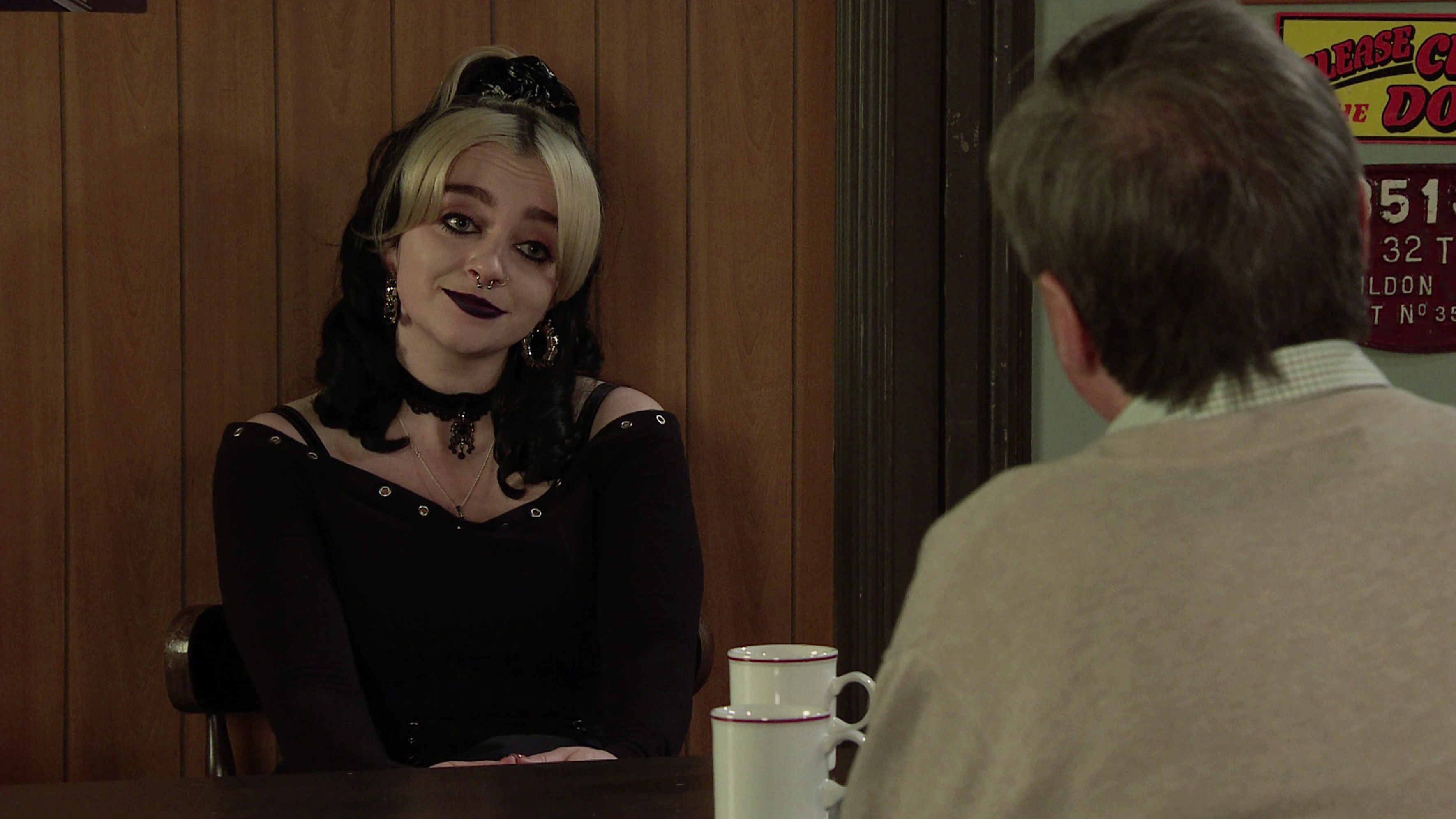 An attempt at finding a missing Roy Cropper (David Nielson) goes horrifically wrong for Nina Lucas (Mollie Gallagher) in Coronation Street, as she ends up slipping and falling into a river.

As a new year begins in Weatherfield (it’s the middle of December, we know, use your imagination), Roy is looking forward to a bat group meeting with Nina, Asha (Tanisha Gorey) and Brian (Peter Gunn).

Beforehand, he kindly takes Evelyn (Maureen Lipman) to a friend’s house, which means he’ll make his way over to the location on his own.

Back in Weatherfield, a problem occurs – the meeting has been cancelled, and because Roy doesn’t have a phone, Nina and Brian realise they have no way of getting in contact with him.

With the nights still long, finding Roy becomes a race against time. Brian, Nina and Asha find his car but moments later, Nina spots her uncle’s thermos in the river.

Unaware Roy is actually still in the woods, Nina clambers down the bank but she slips and bangs her head, tumbling down into the river.

As an ambulance is called, Brian drags Nina’s body from the water – but will she be okay?

With the focus now on her, what about Roy?