Outlander: Jamie sees Claire in vision he has after battle

Season six of Outlander is expected to be starting soon with the scripts for the forthcoming episodes written. However, due to the coronavirus pandemic, it could be a while yet before filming can start on the show. While fans wait during the dreaded Droughtlander, others have been re-watching the previous seasons.

Why did Jamie Fraser sleep with Laoghaire MacKenzie?

Season three of Outlander is adapted from Voyager, the corresponding novel in Diana Gabaldon’s novel series.

The third outing was a journey of epic proportions with the characters markedly changed by their experiences, particularly Jamie (played by Sam Heughan) and Claire Fraser (Caitriona Balfe) who were separated for 20 years.

Much happened during Jamie and Claire’s two decades apart with the couple no longer the familiar, youthful star-crossed lovers audiences met back in seasons one and two.

One of the big things in season three was the couple’s various relationships with other people. 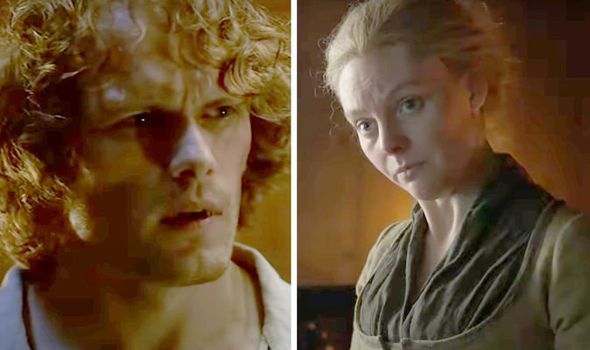 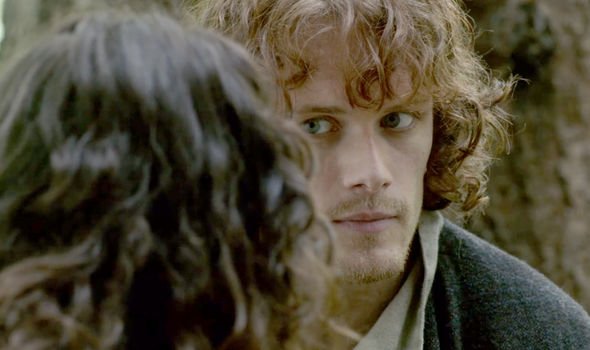 Jamie not only slept with the Murrays’ servant Mary McNab (Emma Campbell-Jones) in a moment of compassion and seeking solace from the loss of Claire, but he was also blackmailed into sex with Geneva Dunsany (Hannah James) during his time at Helwater.

However, there was more – he also slept with Laoghaire MacKenzie (Nell Hudson) after the pair got married.

Claire was left reeling in shock after reuniting with Jamie only to find out he’d married Laoghaire but hadn’t told her.

In the source material, Laoghaire turned up to find Jamie and Claire having sex and she was furious to learn her love rival wasn’t dead as she’s previously believed. 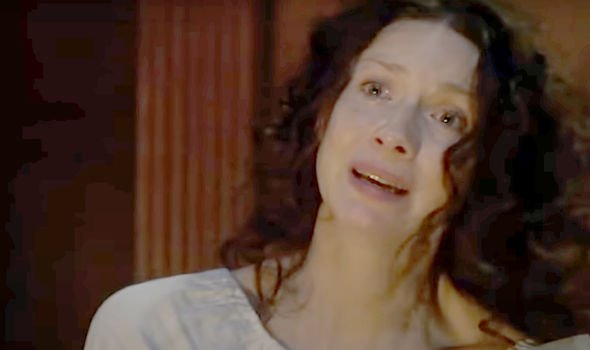 In the show, the events played out slightly differently with one of Laoghaire’s daughters finding Claire and Jamie together in a bedroom in Lallybroch albeit in a less compromising position.

Nonetheless, both in the novel and the series Claire was shocked by the revelation and required some time to process it.

In the end, Jamie explained why he married Laoghaire and revealed it was barely a union at all with the pair at odds.

Jamie told Claire in the novel how he tried to make it work with Laoghaire, explaining: “I tried to be gentle wi’her – God, I tried again and again, everything I knew to please a woman but it was no use.” 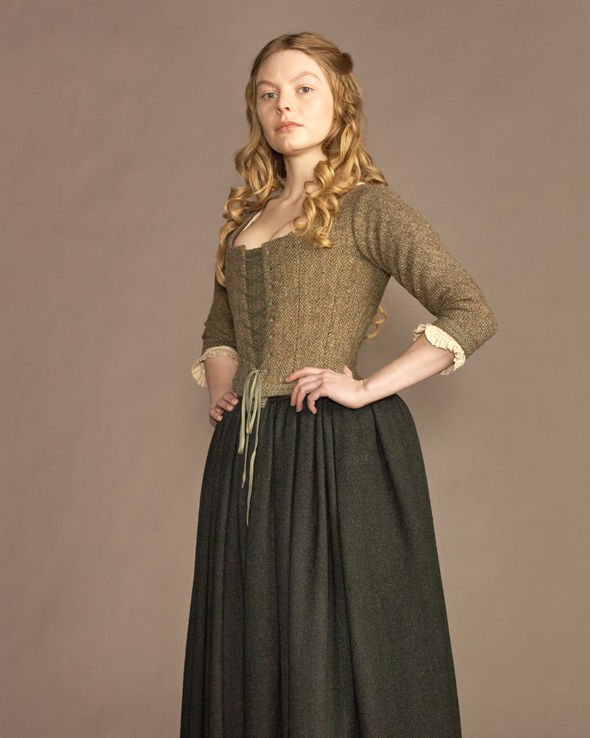 He went on to tell Claire: “Maybe it was Hugh, or maybe it was Simon. I kent them both, and they were good men, but there’s no telling what goes on in a marriage bed.

“Maybe it was bearing children; not all women can stand it. But something hurt her, sometime, and I couldna heal it for all my trying.

“She shrank away when I touched her, and I could see the sickness and the fear in her eyes.”

Jamie’s words suggest there was clearly something wrong in the marriage and Laoghaire seemed to be afraid of sex and intimacy due to her previous relationships.

Nonetheless, Jamie did have sexual relations with Laoghaire in a bid to make the marriage work but ultimately failed and so the couple separated.

Additionally, it seems Jamie was acting of out duty to his new wife however past trauma meant Laoghaire was unable to reciprocate.

There also appeared to be something emotional deeply troubling her which was never quite revealed.

In the books, Marsali Fraser (Lauren Lyle) also spoke about the union between Laoghaire and Jamie, saying: “Da – Jamie, I mean – he’s kind, I think; he always was to Joan and me. But I’d see, when he’d lay his hand on my mother’s wait and try to draw her close-she’d shrink away from him.”

Marsali went on to say how the lack of physical marks suggested Jamie hadn’t abused their mother and concluded it was Laoghaire’s fear of having children which made her physically distant from him.

Again, this hinted Laoghaire had had some harrowing experiences in the past which had shaped her opinions on sex and relationships.