Outlander fans have been yearning for new information for the STARZ and Amazon Prime Video show. The final episode of season four saw Brianna Fraser (played by Sophie Skelton) giving birth to her son, while her relationship with Roger (Richard Rankin) was a little fraught. Despite this, Jamie Fraser (Sam Heughan) and Claire Fraser (Caitriona Balfe) supported their daughter, and it looks like their relationship is still going well.

Recently, the show’s official Twitter account posted a behind the scenes image of both Jamie and Brianna.

The duo are looking cheery as they relax off-screen.

Brianna actor Sophie can be seen laughing whilst talking to Jamie actor Sam in the fields of North America.

Meanwhile behind them an extra can be seen handling a horse whilst talking on a mobile phone. 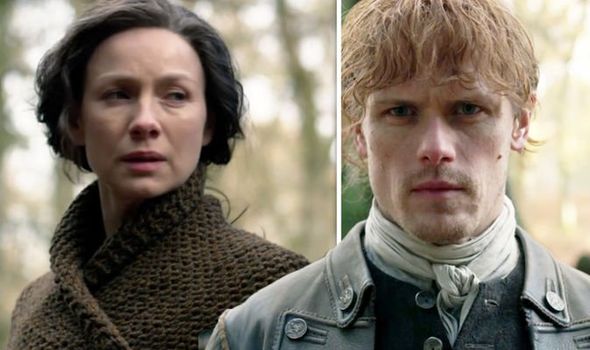 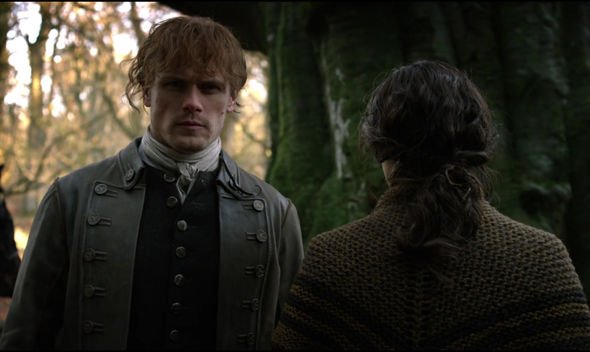 Fans have taken this photo to tease the theme of the upcoming fifth season.

With season four including a number of tragic events for the Fraser clan, could season five show off an altogether happier time for the family?

Fans of the show began tweeting at the image, with one writing: “Looking forward to some joy this season! #RogerAndBree #Outlander #PCAs #TheBingeworthyShow.”

Meanwhile other fans were left ecstatic at the return of Jamie’s curled locks – much like his book counterpart. 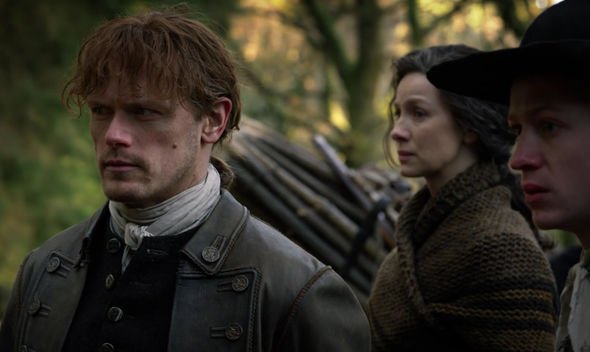 One said: “Jamie’s curly hair is BACK! Yes, to this. #Outlander.”

With a third emoting: “Jamie’s wig is looking [fire].”

Meanwhile, rumours have been spreading regarding a screening of the show’s first episode.

Outlander writer Matthew B Roberts recently spoke out on Twitter about the audience reaction to the screening.

Discussing the screening of the episode, he claimed everyone in the room “cried multiple times throughout.”

Fans of the show were ecstatic, and began replying to Matthew about the upcoming episodes.

One wrote: “I’m so looking forward to it!”

Fans have also been pointing out the Outlander author Diana Gabaldon enjoyed the screening before.

They said: “Diana said, in the Lit Forum, that what she saw so far was looking very good.”

But with months left to wait for the show’s return, fans will need to wait and see what all the fuss is about.