Outlander: Claire and Bree take down buffalo in season five

Outlander season six is currently in production in Scotland and fans are eagerly awaiting the show’s arrival. There are some new faces joining the cast, including the notorious Christie family but many want to know if Laoghaire Mackenzie will return to Outlander. Express.co.uk has everything you need to know.

Nell Hudson starred as Laoghaire MacKenzie in the first four seasons of Outlander.

Laoghaire MacKenzie is one of the series main antagonist and Jamie Fraser’s (played by Sam Heughan) ex-wife.

Additionally, she is Claire Fraser’s (Caitriona Balfe) biggest enemy and even conspired to have her burned alive at the stake.

READ MORE Outlander: Will there be a Lord John Grey spin-off? 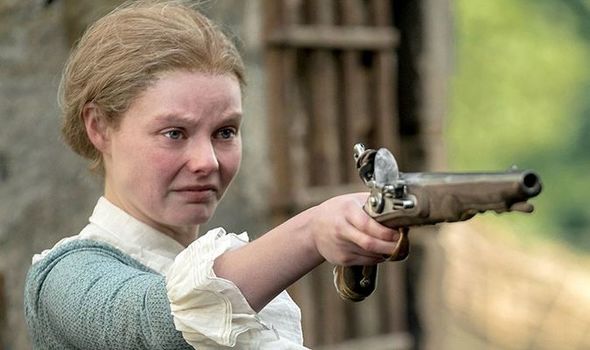 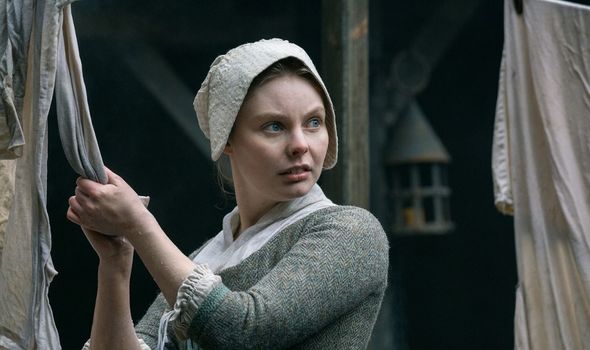 She was last seen in Outlander season four in Drums of Autumn, caring for an injured Brianna (Sophie Skelton).

However, when she learned Brianna was the daughter of Claire and Jamie Fraser, she turned against her, accusing her of being a witch.

At the end of season four, Laoghaire was left behind in Scotland, whilst the Fraser clan travelled to the New World in America.

Despite their differences, Laoghaire is still closely linked to the Frasers as her daughter, Marsali (Lauren Lyle), married Jamie’s adopted son, Fergus (César Domboy) who lives with them on Fraser’s Ridge. 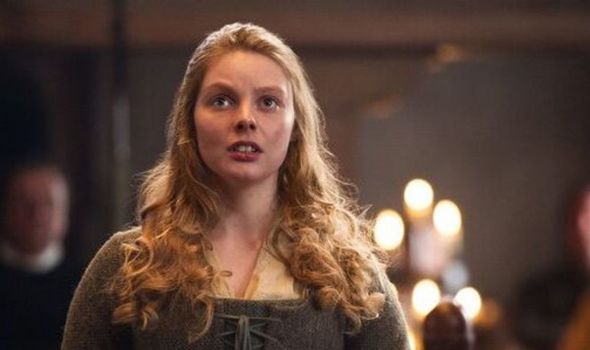 In Outlander, Marsali is very close to Claire and Jamie but has shared she still writes to her mother, which suggests Laoghaire is still very much on the scene.

Fans have been anticipating her return ever since, however, there is a huge risk Laoghaire’s return could spell trouble for Jamie Fraser and his family.

If the Outlander books are anything to go by, Laoghaire MacKenzie will not return to Outlander season six.

Season six is based on the sixth book, A Breath of Snow and Ashes and will see Jamie and Claire face the American Revolution.

Just like the TV series, Laoghaire was last mentioned in book four, titled Drums of Autumn.

She is absent from books five and six, The Fiery Cross and A Breath of Snow and Ashes respectively and does not reappear until book seven, An Echo in the Bone. 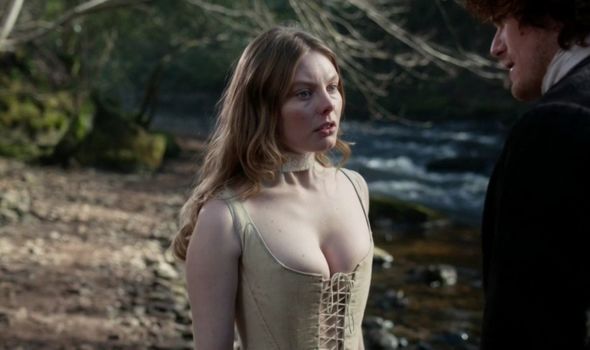 The Outlander series has closely followed the order of events in the Outlander novels, only occasionally blurring events on the novels together and creating alternative plot lines.

There is some promising news for fans of Nell Hudson and her character Laoghaire MacKenzie.

Laoghaire features heavily in the seventh book An Echo in the Bone which will serve as the basis of Outlander series seven.

At the moment, Outlander season seven has been given the green light. However, the cast of the series even has not yet been revealed.

If Outlander season seven sticks close to the books, there there is a huge possibility Laoghaire could return, so fans should keep their fingers crossed.

In An Echo in the Bone, Claire and Jamie return to Scotland and Laoghaire has appeared to of moved on from her past relationship with Jamie Fraser.

Laoghaire has entered a relationship with her servant Joey as a result of her daughter Joan’s blackmail.

Speaking exclusively to Express.co.uk in 2019, Nell Hudson who plays Laoghaire discussed her character’s potential return to the Outlander series.

She said: “Well, I know that Laoghaire comes back in book seven of Outlander and Diana just keeps writing these books.

“So there is a potential — And also, Laoghaire has appeared in a series of Outlander on the television that she wasn’t in the book, so we never know when she’s going to rear her angry head.”

Fans will have to wait until production on Outlander season seven begins to find out if Laoghaire will return.

Outlander is streaming on Amazon Prime and Starz now