Peaky Blinders fans have spent four seasons watching the Shelby family go through all manner of horror, and seen a number of changes with the characters on the show.

When Grace Shelby (played by Annabelle Wallis) died in season three, Tommy Shelby (Cillian Murphy) was so heartbroken by the loss of his wife he completely retreated into himself and disappeared from the family business for a while.

Polly Gray (Helen McCrory) and Arthur Shelby (Paul Anderson) were left holding the fort on the BBC period drama, and the former had her hands full with her newly-reunited son Michael (Finn Cole).

The character didn’t grow up a Shelby, so it’s taken a while for him to fully-integrate into the family business.

But while viewers often still don’t know Michael’s true intentions on the gangster series, this season is set to change all that according to the star and executive producer Jamie Glazebrook.

In an interview with Express.co.uk and other media, the pair teased a massive twist ahead for Michael.

Speaking about the similarities between his own character and Michael, Finn said: “In terms of his approach to business and getting things right, there are similarities, but in terms of his sociopathic violence I’m not really sure if that’s quite close to Finn Cole.

“Or at least I hope not!” the actor laughed. “He’s very cold. We’ve talked about this and he’s suffering from PTSD in his own life, he’s never grown up with a family, and I always saw him as someone who never fully understood what it’s like to be involved in a family.

“I think this is the first time he has been in 18 years, and he’s kind of coming to terms with that and figuring out where he fits in.

“He’s also genetically got the potential to be a Peaky Blinder and that’s the exploration part that I’m enjoying – and Steve [Knight] must be enjoying – because he’s consistently writing great stuff for me.”

READ MORE: Peaky Blinders season 5, episode 2: What will happen next? 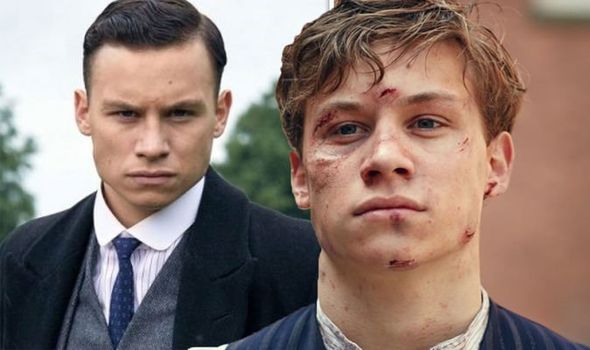 He shows his hand in this series

Jamie agreed: “And morally by the way, it’s very provocative, you’re inside a very unpleasant world and we’re super aware of that.

“Darkness is something definitely to be aware of,” Finn continued. “It’s a very, very dark storyline that we try to bring to life, which is hard at times because we don’t want to glorify that, but it’s important to recognise that at the same time.”

Yet as the duo discussed the “darkness” surrounding the character in season five, Jamie and Michael couldn’t resist teasing a major twist in his storyline.

“Steve’s way is to go deeper and deeper and Michael is very interesting because still, to me, there’s something very mysterious about him – like he’s not showing his hand,” Jamie carried on.

“And I have to say, without wanting to spoil anything, he shows his hand in this series and you can kind of think well ‘Of course’ but at the same time, I find it really shocking.” 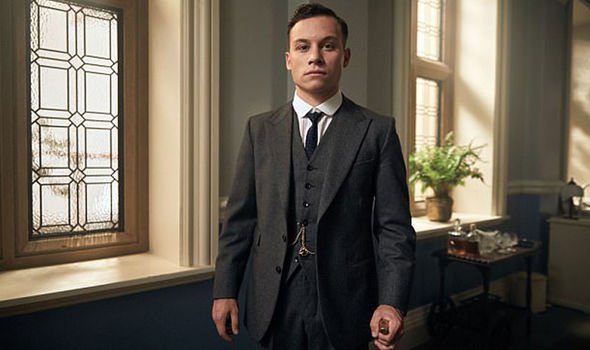 “It’s shocking for the right reasons,” Finn clarified quickly. “This is the thing, I was so excited by reading it, because when he says shocking it suggests I’m going to go round and murder all the family.

“But it’s shocking because it’s interesting and exciting, and it’s not quite where I thought that character was going to go at the end of last season.

“And that’s why it’s shocking. But yeah, I agree he definitely does. And it’s a test, and I think that’s what’s fantastic is it’s always a test, and for me as an actor to approach this role it’s constantly trying me and testing me and different things,” the actor added excitedly.