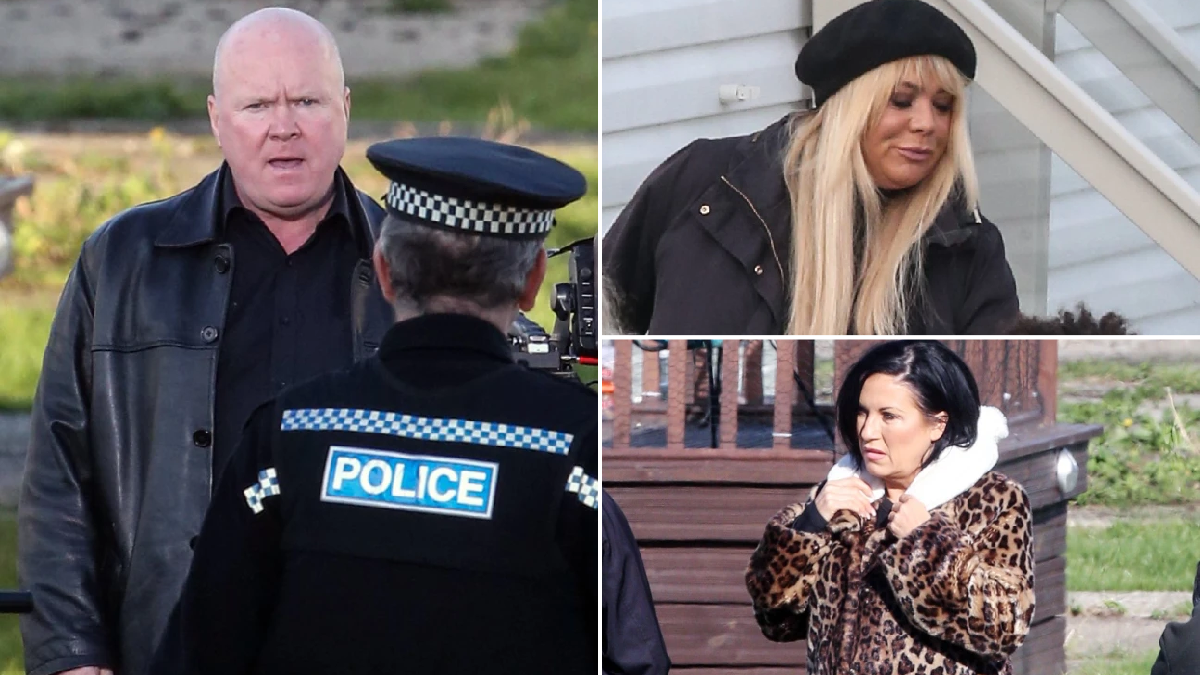 Phil Mitchell (Steve McFadden) is used to being on the inside of a prison cell and the EastEnders master (kind of) criminal looks set to be jailed once more as he is arrested for child kidnap.

The cast have been filming scenes which will air in a few weeks and they have been on location at Clacton.

Phil has taken his son Raymond there without the permission of Denise Fox (Diane Parish), which throws everything into a panic.

It is not known whether the events clash with the Christmas wedding of Denise to Jack Branning (Scott Maslen) but it would certainly throw the big day into chaos if Raymond is missing.

Step forward a double act of Phil’s lovers as Kat Slater (Jessice Wallace) and Sharon Watts (Letitia Dean) head on the hunt for him.

Who better to know the intricacies of the Mitchell brain that those two?

They do end up finding Phil and Raymond – and the Arches owner is aghast when the police also turn up.

Has Phil finally run out of luck after getting away with so many crimes?

A source from the location filming set told Metro.co.uk: P’hil Mitchell kidnaps his son Raymond Dawkins from Denise and runs away to a campsite in Clacton on Sea with him.

‘Kat and Sharon track him down and try to get him to see sense and return with the boy. He is pictured on the beach with Raymond throwing stones into the sea and entering the amusement arcades.

‘He then is spotted keeping watch outside his caravan and the police arrive and he is arrested for kidnapping.’

Recently, Phil has been trying to diffuse the situation following Kim Fox-Hubbard’s (Tameka Empson) discovery that her husband Vincent was murdered.

Phil has tried to pay Kim off and also threaten her to stop digging – but is his decision to flee with Raymond connected to this?

And what will happen to Phil now his options have run out?