Since the president uses his personal account for “all manner of official purposes,” it’s unconstitutional for him to bar people from seeing his tweets 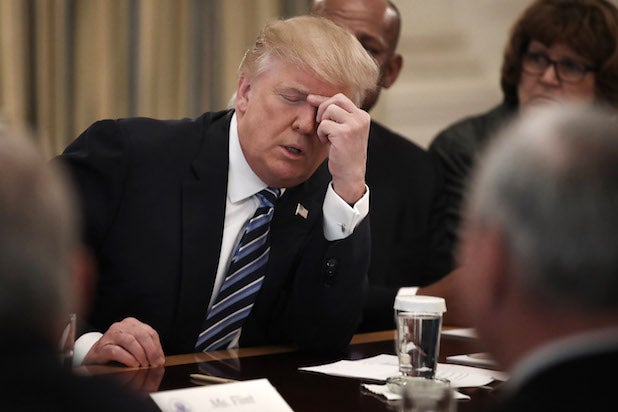 President Donald Trump violated the First Amendment when he blocked several of his critics on Twitter — a move he will be barred from making for the rest of his time in the White House —  a U.S. appeals court ruled on Tuesday morning in New York City.

In its ruling, the court said the president “engaged in unconstitutional viewpoint discrimination by utilizing Twitter’s ‘blocking’ function to limit certain users’ access to his social media account, which is otherwise open to the public at large, because he disagrees with their speech.” The ruling, from the 2nd U.S. Circuit Court of Appeals, upheld an earlier decision made by U.S. District Judge Naomi R. Buchwald last year.

The case was brought by the Knight First Amendment Institute at Columbia University on behalf of seven Twitter users that had been blocked after tweeting critical replies to the president.

The Justice Department had argued President Trump was allowed to block the people, since it was coming from his personal Twitter handle, @RealDonaldTrump, rather than the office’s official account. (When a user is blocked, they are unable to see tweets from the person that took action against them.) The government also argued that since the president’s Twitter account was started in 2009, before he took office, he should be able to retain “personal control” over it while he’s commander-in-chief.

The court disagreed, though, saying that because the president uses his Twitter account for “all manner of official purposes,” including making policy announcements, he cannot block users from seeing his tweets on First Amendment grounds. The court added that certain “workarounds” the blocked users could use to view the president’s tweets were too “burdensome.”

A frequent Twitter user, President Trump has nearly 62 million followers on the app.

The court said that despite its ruling, it does not conclude that all social media accounts held by public officials are held to the same standard. Rather, it depends on how the person “describes and uses the account.” If it’s a personal account held by an official and isn’t used for political purposes, that person is allowed to block users.

“We do not consider or decide whether an elected official violates the Constitution by excluding persons from a wholly private social media account.  Nor do we consider or decide whether private social media companies are bound by the First Amendment when policing their platforms,” the ruling, written by Circuit Judge Barrington Parker on behalf of the three-justice panel, said.

“We do conclude, however, that the First Amendment does not permit a public official who utilizes a social media account for all manner of official purposes to exclude persons from an otherwise‐open online dialogue because they expressed views with which the official disagrees.”