Ranvir Singh reveals she will be temporarily hosting Lorraine

Ranvir Singh joined Lorraine Kelly on her ITV daytime show this morning to discuss her Strictly Come Dancing experience. The Good Morning Britain presenter narrowly missed out on the final with Giovanni Pernice but had some exciting news to share with Lorraine. Ranvir will be presenting the ITV show on Monday, Tuesday and Wednesday next week.

Lorraine teased viewers Ranvir had a huge announcement to make ahead of the interview.

When the GMB presenter announced she would be temporarily stepping into the role, Lorraine revealed she plans to watch her from home.

“Oh no, not the boss watching!” Ranvir joked. 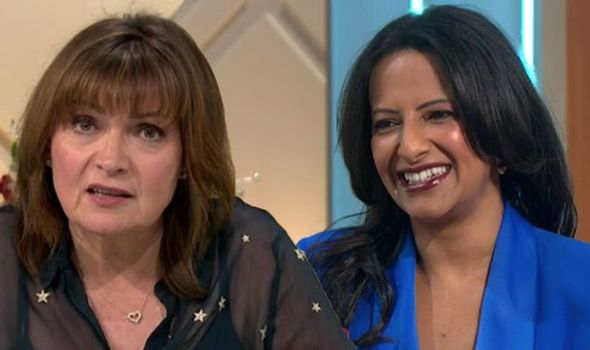