Noella Bergener said that despite filming The Real Housewives of Orange County five months ago, not much has changed regarding her financial situation – or finding out exactly why her husband James fled the country.

During the latest episode, Bergener expressed that her husband was in deep financial trouble. But she was later shocked when suddenly she was served with divorce papers. Her husband had the papers served to her while he hid out in Puerto Rico.

Noella Bergener had to relive getting divorce papers on ‘RHOC’ 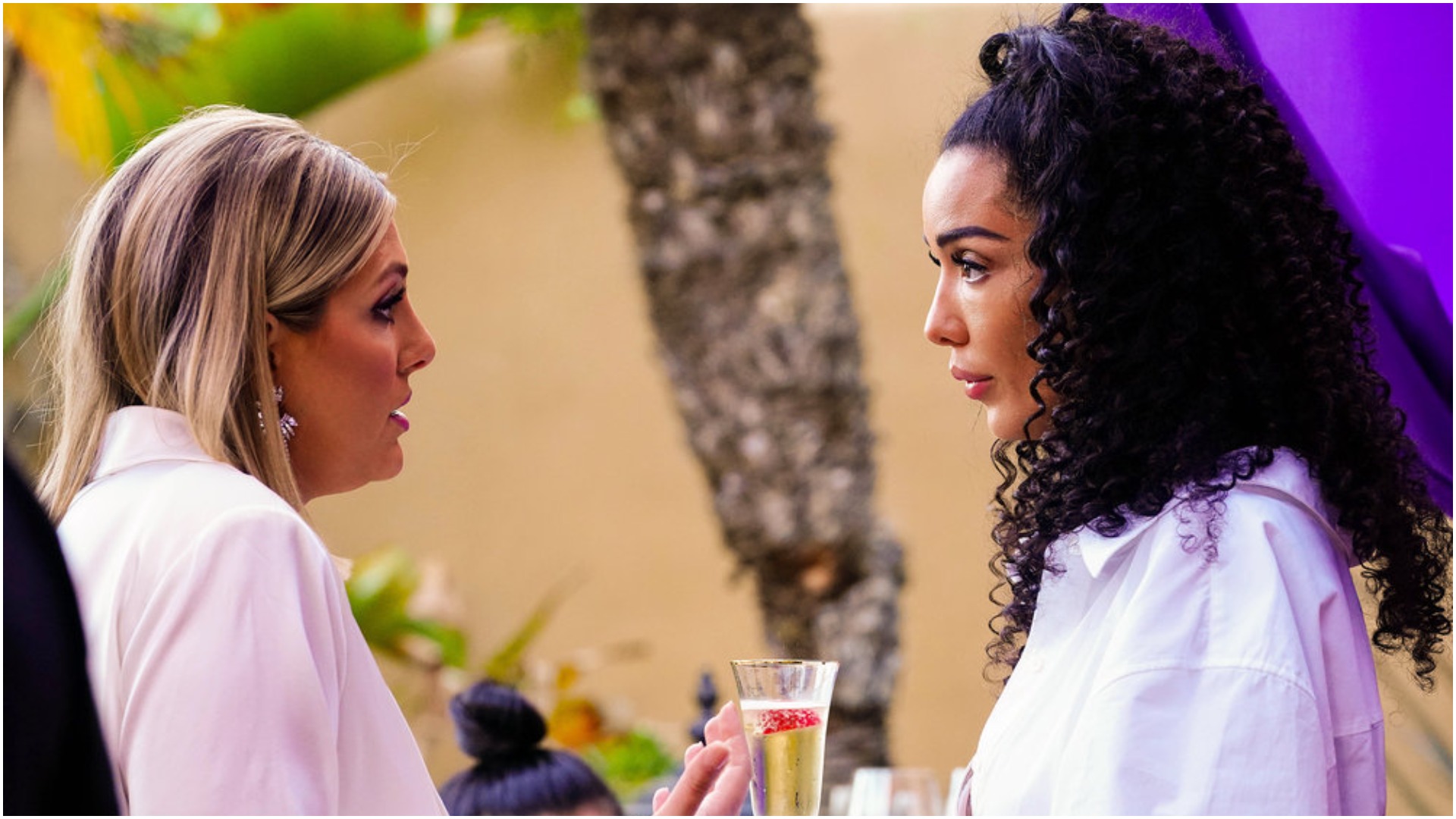 “He ended our marriage with service of divorce papers from Puerto Rico. Which he doesn’t qualify for since we are California citizens and nothing untoward happened in our marriage there,” she continued.

“We had been arguing since I found out of his tax debts through gossip sites 3 weeks prior and was confused with his push back to selling our vacation home to cover them,” she added. “To this date James has not visited our son or given me any explanation for his departure. He has fled the state to evade service.”

She still has no access to her credit cards or money

Bergener shared with her friends on RHOC that she had no access to her credit cards. She revealed that five months later, she still is in financial trouble.

“My cards are still shut off, he hasn’t paid a dime in support, he stopped paying for our home and is currently holding up our divorce unless I sign a statement saying that I lied about him, his business partner and his brand. I spoke nothing but the truth and have all the receipts. If anything I really protected my husband by not speaking about his issues but rather focused on my journey in this now divorce,” she wrote.

At the same time she shared that as the father of her child, she wants him to be well. Adding why she decided to continue with the RHOC. “After his departure I made the decision to stay on the show we were primarily doing to promote his brand because frankly it was the only thing getting me out of bed and with the hope that others going through something similar could understand they’re not alone. I realize there are three sides to every story. I have asked him to give an explanation through a 3rd party to provide insight which he has repeatedly declined.”

Noella Bergener compared the divorce to a ‘bad dream’

“I’m trying to get, you know, to speak to an attorney and just so what happens next,” she said again and began to cry. “He made an error and he needs to repair it. But I never thought that this would be the end of a marriage. You know, I never thought that that would mean that I’m a single mom with our son. I just want my husband to come and tell me what the hell is going on? Like my son was just diagnosed in May. My mom was hospitalized in June.”