The champagne is flowing again and that can only mean one thing — The Real Housewives of Potomac is back. Ashley Darby, Candiace Dillard, Gizelle Bryant, Karen Huger, Wendy Osefo, and Robyn Dixon return to Bravo with season 6 of the franchise. Mia Thornton is being added to the cast and the taglines for the new season dropped ahead of the premiere on July 11.

What are the ‘RHOP’ Season 6 taglines?

Every season RHOP fans have been greeted with new taglines and season 6 will not be the exception. Taglines are one of the most sought-after events of every new season of all The Real Housewives‘ franchises. Each tagline summarizes what the housewife will be telling in the season. Some lines are shady, some are sweet, and some can be controversial. Let’s take a look at the taglines for each of the ladies this season here.

Wendy Osefo: “This professor just doesn’t grade on the curve, she sets the curve.” Osefo alludes to her profession and all the degrees she has setting the curve for the rest.

Mia Thornton: “If you want to pop off with me, I’ll be happy to get you adjusted.” Thornton is the newbie and remains a mystery, fans will have to wait to see what she’s all about. 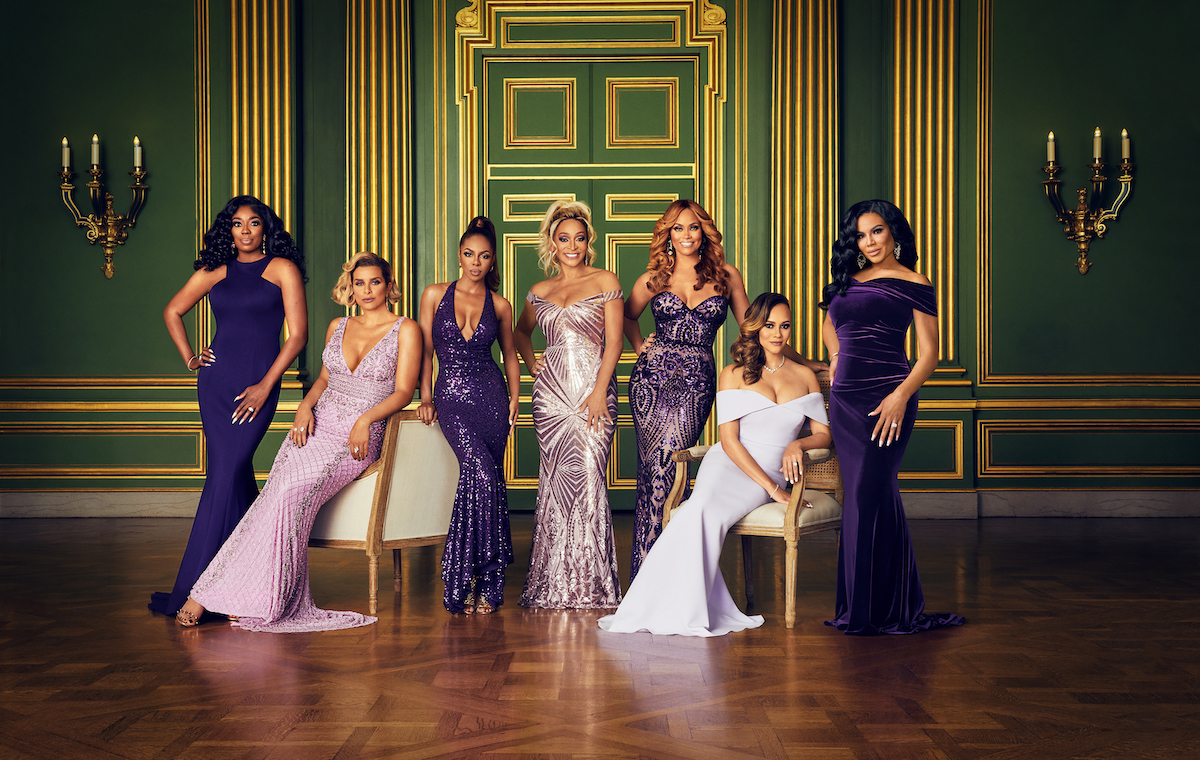 RHOP has four OGs going into season 6, which has been the most that have made it that long. The housewives continue going stronger and better than ever.

Ashley Darby: “The only thing messier than two boys is me.” Darby’s tagline alludes to her second baby son that she recently gave birth to. It also alludes to how messy the housewife gets on the show and in the middle of the drama.

Gizelle Bryant: “The secret to this pretty face is staying in the shade.” There’s no denying that Bryant is beautiful and she often talks about it. Her witty tagline refers to her always throwing a little shade at her co-stars.

Karen Huger: “The Grande Dame can never be duplicated, imitated, or intimidated.” Huger is the Grande Dame of Potomac and her tagline makes everyone aware of who is in charge and fans love it.

Robyn Dixon: “I may keep you waiting, but trust me, I am worth it.” Dixon’s tagline is in reference to how far she lives from the rest of the ladies. The housewife is often late to events but she’s always worth the wait.

This year, Bravo also released alternative taglines for RHOP Season 6 that didn’t make the cut. There was a toll-free number that fans could call in and listen to the unused taglines.

Karen Huger: “Even with my champagne taste, I enjoy a hot cup of tea.”

Mia Thornton: “Perfection comes at a cost, but I can afford it.”

Wendy Osefo: “My degrees don’t define me, these assets are limitless.”

Robyn Dixon: “You can’t rush perfection. That’s my I take my time.”

Candiace Dillard: “I may be busy, but I will make time to read you like a script.”

The Real Housewives of Potomac Season 6 premieres on Sunday, July 11 at 8 p.m. ET on Bravo.