On February 24, when Russia launched an unprompted military invasion of Ukraine, directors Kantemir Balagov and Kira Kovalenko hit the streets to protest.

“We really thought we could change something,” Balagov told IndieWire by phone this month from Los Angeles with Kovalenko on the line. “But later, when we found out real people in our homeland support this, we understood something terrible was happening. This Russian TV propaganda has brainwashed a lot of people. That moment was kind of a breaking point for us and we understood that we needed to get out of Russia.”

Over the past two years, the couple have been among the rising stars of the Russian film community: The 32-year-old Kovalenko’s 2021 drama “Unclenching the Fists” was the country’s official Oscar submission last year, while 30-year-old Balagov’s “Beanpole” was the submission the year prior. Once they realized that opposing the war would put them at risk, they looked for an exit strategy.

Balagov credits Telluride Film Festival co-director Julie Huntsinger with encouraging the filmmaking pair to leave Russia and helping them secure six-month tourist visas. Now, they’re repaying the favor, by serving as guest directors at this year’s festival, set to take place on Labor Day weekend. “We keep saying she’s our guardian angel,” Balagov said. “She was the first person who said, ‘You need to leave.’”

Balagov and Kovalenko will be among the youngest to hold the guest director position at the festival, a role that was filled last year by Barry Jenkins. They were in the process of finalizing a selection of films. While they declined comment on potential choices until the lineup was announced, the opportunity was an ironic twist for the two natives of Nalchik, the southwestern Russian city situated some 900 miles from Moscow, where neither of them initially harbored an interest in cinema.

“I wasn’t a cinephile,” Balagov said. “Sometimes I would watch good films like ‘Dancer in the Dark,’ ‘Kill Bill,’ and ‘Amores Perros.’ But I watched a lot of shit films, too.”

The couple were both looking for new opportunities veteran Russian director Alexander Sokurov (“Russian Ark”) opened a film school in their town. Balagov had launched a YouTube series with friends that Sokurov saw potential in, while Kovalenko just wanted some kind of cultural education. “Sokurov was saying that cinema can save us, and that inspired me so much,” she said. “He showed us that cinema was a kind of immortality, and that made it something I wanted to do.” 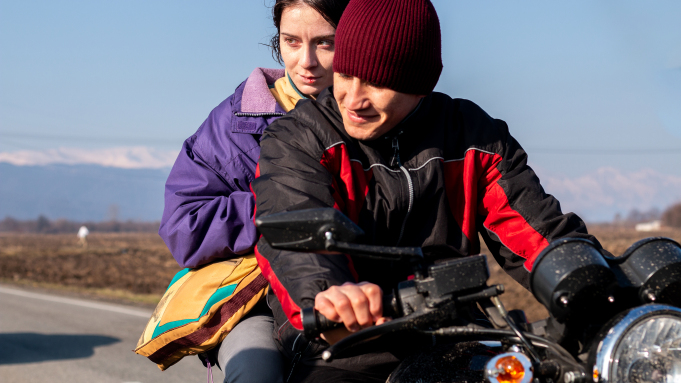 Balagov said he entered the program wanting to be the next Quentin Tarantino, but quickly adapted a more personal perspective. “At that time, I understood that cinema could be more than just entertainment,” he said. “I wanted to tell stories about people from my region.” Kovalenko said she felt the same way. “We both really wanted to make films about our hometown,” she said. “We always were inspired by people there but we wanted the world to be inspired by them as well.”

They were off to a good start when Balagov’s “Closeness” and “Beanpole” both premiered at Cannes, while “Unclenching the Fists” won the Un Certain Regard section at the festival; all three titles went to Telluride and other fall festivals as well. However, as the invasion of Ukraine divided Russia, the couple’s initial goal became harder to envision for the future. “Each time we posted something on social media, our parents got a call from a friend of someone who knew people in some circles,” Balagov said. “They advised our parents to tell their children to be quiet, because it could affect them, too. It’s really hard for us also because we were trying our best to speak about the war. In a small town, it’s easier to frighten people.”

Leaving Russia wasn’t easy on several fronts. “We started to look for flights and they were hella expensive,” Balagov said. They flew to Istanbul and Georgia before making their way to the United States, where the film community has welcomed them for now. “It’s still hard for us,” Balagov said. “Our family is still there. But we thought it was better for us to be here than to go to jail in Russia because of our opinion about the war.”

The couple was in the process of attempting to extend their stay by obtaining O1B visas, and exploring their future career prospects. Balagov, who recently directed two episodes of HBO’s upcoming series “The Last of Us,” had been developing a project called “Monica” that he originally planned to shoot in Nalchik. Now, he’s in the process of rewriting it to set the story in a Circassian diaspora community of New Jersey and plans to set up shop in New York for the production, which will be partly in English. L.A.-based Ukrainian producer Alexander Rodnyansky (who previously lived and worked in Russia) is attached to produce. 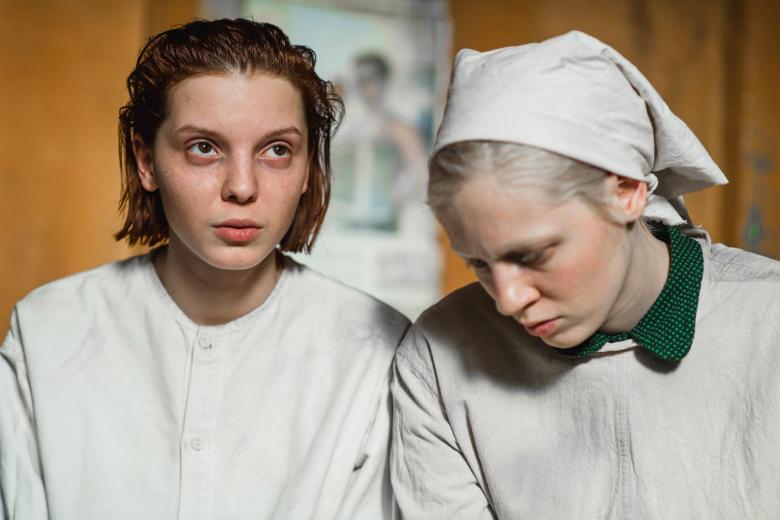 Rodnyansky, who recently signed a first-look deal with Apple, has also been developing ideas with Kovalenko. Though her English needs work — Balagov translated for her in their interview with IndieWire — she said she hoped to figure out her own way to make movies in the U.S. “I want to do a story here,” she said. “In general these stories we’re telling can be universal, versatile, and complex.”

They had been monitoring recent discussions about how festivals chose to respond to the war. While this year’s Cannes included a Russian-directed film in its Official Competition, “Tchaikovsky’s Wife,” the festival said it would not welcome official Russian delegates at the festival. Other festivals have made similar decrees.

“We keep asking ourselves, ‘If our films were at big festivals now, would we postpone them because of the war?,’” Balagov said. “We really want to believe that we would, but we can’t answer that for sure. It’s theoretical. We’ve never been in that situation. But we understand it and we’re not against it.”

They had no sense of when they might try to return to Russia and make films there during Vladimir Putin’s reign. “We decided to ourselves that there’s no way for us to turn back while this butcher is in charge of our country,” Balagov said. “This nightmarish war will end someday. It’s a question of faith and kindness — and a willingness to wait.”

For now, they were looking ahead to Telluride, and the friendly crowds therein. “You can relax and watch movies with people,” Balagov said. “There’s a unity in there, and kind of a magic. So we’re really grateful for this opportunity, especially right now.”