Comic-Con: Fans will meet “J.J.” in the future, where he’s the leader of the Deathstroke Gang 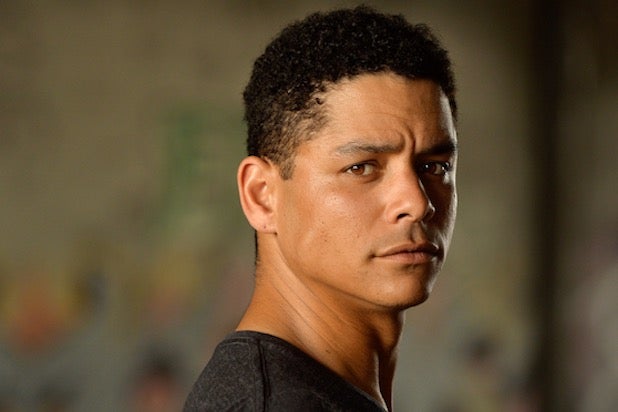 “Russian Doll” star Charlie Barnett has joined the final season of “Arrow” as John Diggle, Jr. — the other son of John Diggle.

Diggle, Jr. — known as J.J. — is the Flashpoint-born son of John Diggle (played by David Ramsey) and Lyla Michaels (played by Audrey Marie Anderson). We meet J.J. in the future as the leader of the Deathstroke Gang, where he faces off against Mia and his adopted brother, Connor.

On top of the Diggle family drama, The CW warns that “with the reappearance of The Monitor (LaMonica Garrett) in the season seven finale of ‘Arrow,’ there’s no doubt that Oliver Queen (Stephen Amell) and Team Arrow will be facing a ‘crisis’ unlike anything they’ve previously faced before. “

Aside from “Russian Doll,” Barnett’s other credits include “Tales of the City,” “Chicago Fire,” “Secrets and Lies” and “Valor.”

Based on the DC characters, “Arrow” is executive produced by Greg Berlanti, Beth Schwartz, Sarah Schechter and Jill Blankenship, with Marc Guggenheim as a consulting producer. The series hails from Bonanza Productions Inc. in association with Berlanti Productions and Warner Bros. Television.

“Arrow” returns for its eighth and final season on October 15 in its new Tuesday 9/8c time period on The CW.

TheWrap is in San Diego all week long for Comic-Con 2019 — check out all of our ongoing coverage here.