It’s been a roller coaster of a journey to get to the release of Danny Boyle’s Pistol, but Sex Pistols Steve Jones and Paul Cook seemed keen to celebrate at the premiere, as they joined cast members including Maisie Williams.

The God Save The Queen hitmakers posed together as they gear up for the release of the FX series based on Steve’s autobiography, which tells the story of the Sex Pistols’ rise to notoriety.

Of course, John Lydon (also known as Johnny Rotten) was nowhere to be seen after making his opposition to the series clear – but that didn’t stop the celebrations.

Posing away on the pink carpet were stars Maisie Williams, who plays model Jordan, as well as Thomas Brodie-Sangster, who stars as manager Malcolm McLaren.

They were joined by Steve and Paul, who rocked all-black looks for the occasion, as well as The Pretenders icon Chrissie Hynde, who is played by Sydney Chandler in the series. 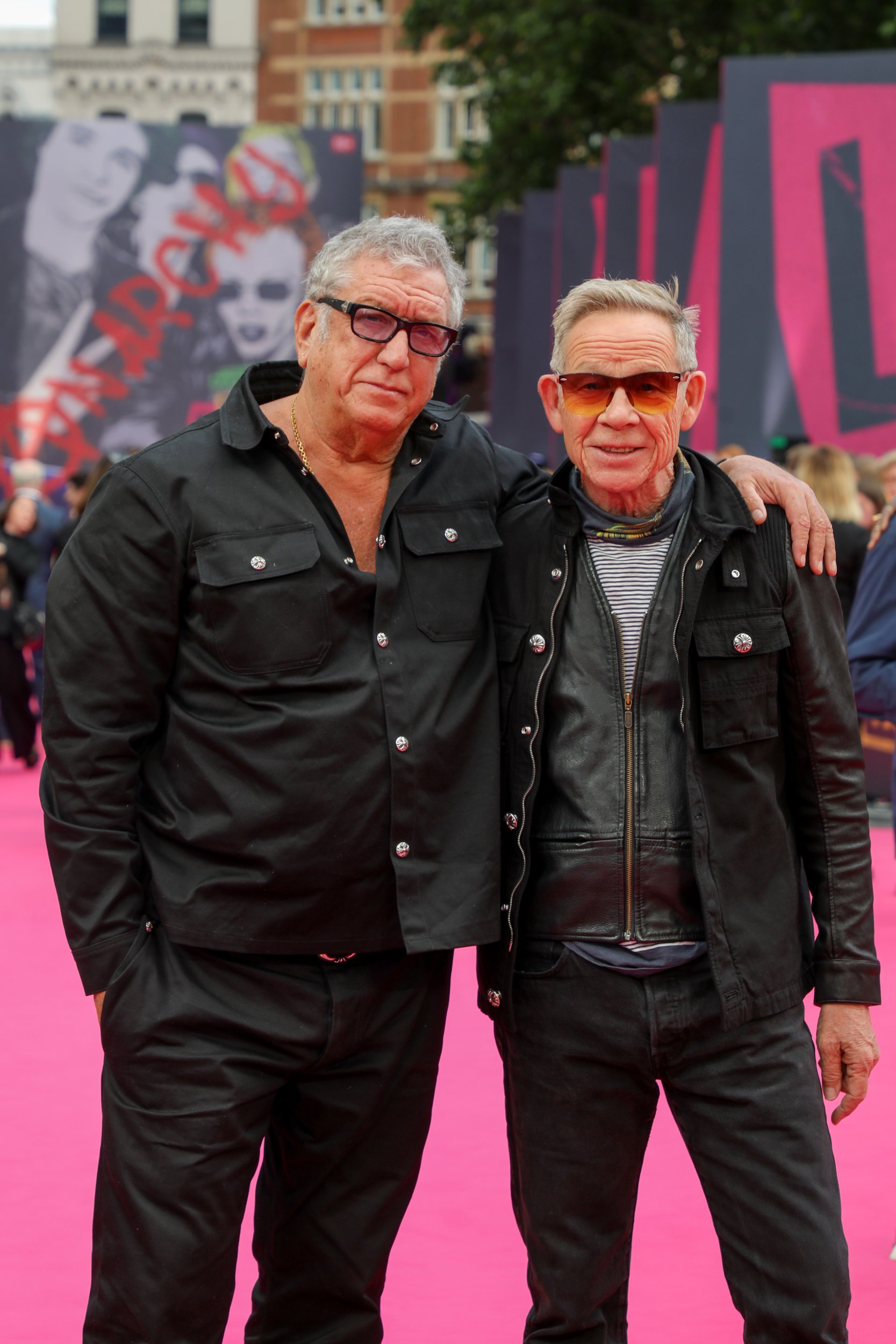 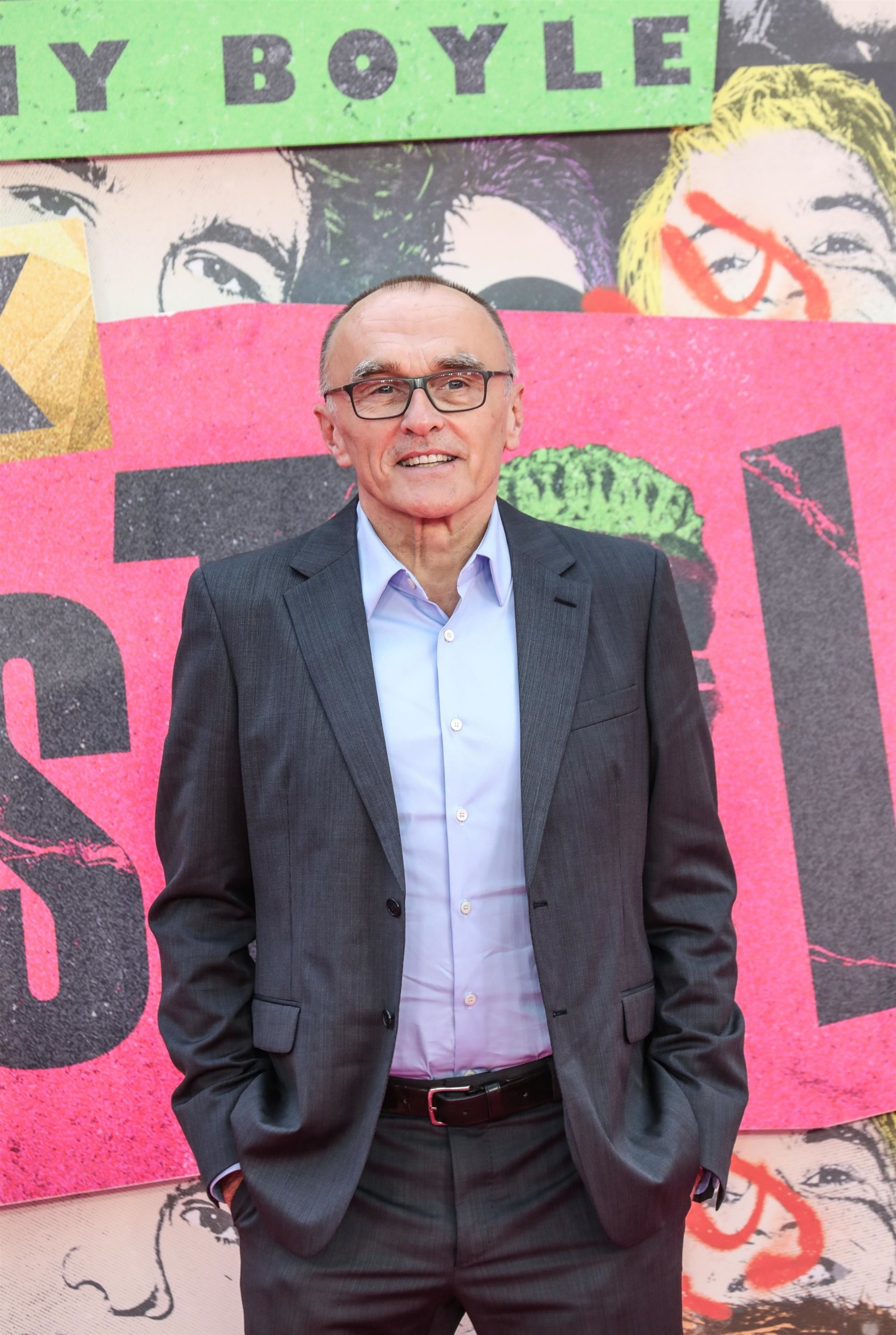 While the full series is yet to be released, fans have had a fair few glimpses at filming, including the iconic scene, based on real-life, in which the Sex Pistols signed their record deal with A&M Records outside Buckingham Palace.

Meanwhile, Maisie was spotted rocking the iconic and provocative fashion of the time, with her real-life counterpart Jordan previously telling Metro.co.uk that she found the whole thing ‘liberating’.

‘Before the first time I met her, she’d already read my book, Danny Boyle had as well,’ she said.

‘She’d got some background on me, so she’d obviously done a lot of work that way.’

‘We’ve had some really good talks about personal things – lifestyle, my childhood, just embellishing on what the book says, really. It’s a credit to her, that’s why she’s become such a good actress, a well-known actress from humble beginnings,’ Jordan added.

‘She’s so engrossed in it. She sent me a message saying, “I’ve been riding down the street on a bike topless and I feel liberated.” Danny very early on said that’s one of the scenes he wanted her to depict.’

The star also gave Maisie some valuable advice about the role, recalling: ‘What I said to her was, “You’re in a position of playing a role that is very strong, a strong woman, and a woman set apart, really.” I decided that I wanted to be me, like a walking work of art, if you like, and I was totally and utterly unshakeable. So she had to bring that to the role, that nothing would upset her.

‘She was a Boadicea character, if you like. A woman that’s strong and comfortable in how they feel and look, and that’s the essence of it. People said I was brave, but bravery doesn’t come into it at all, because if you feel comfortable doing that, then you don’t have to be brave.’

The series will follow the lives of the Sex Pistols, as well as those who made them who they were, with figures including Jordan, Malcolm, and designer Vivienne Westwood appearing.

Pistol is released on Disney+ on May 31.