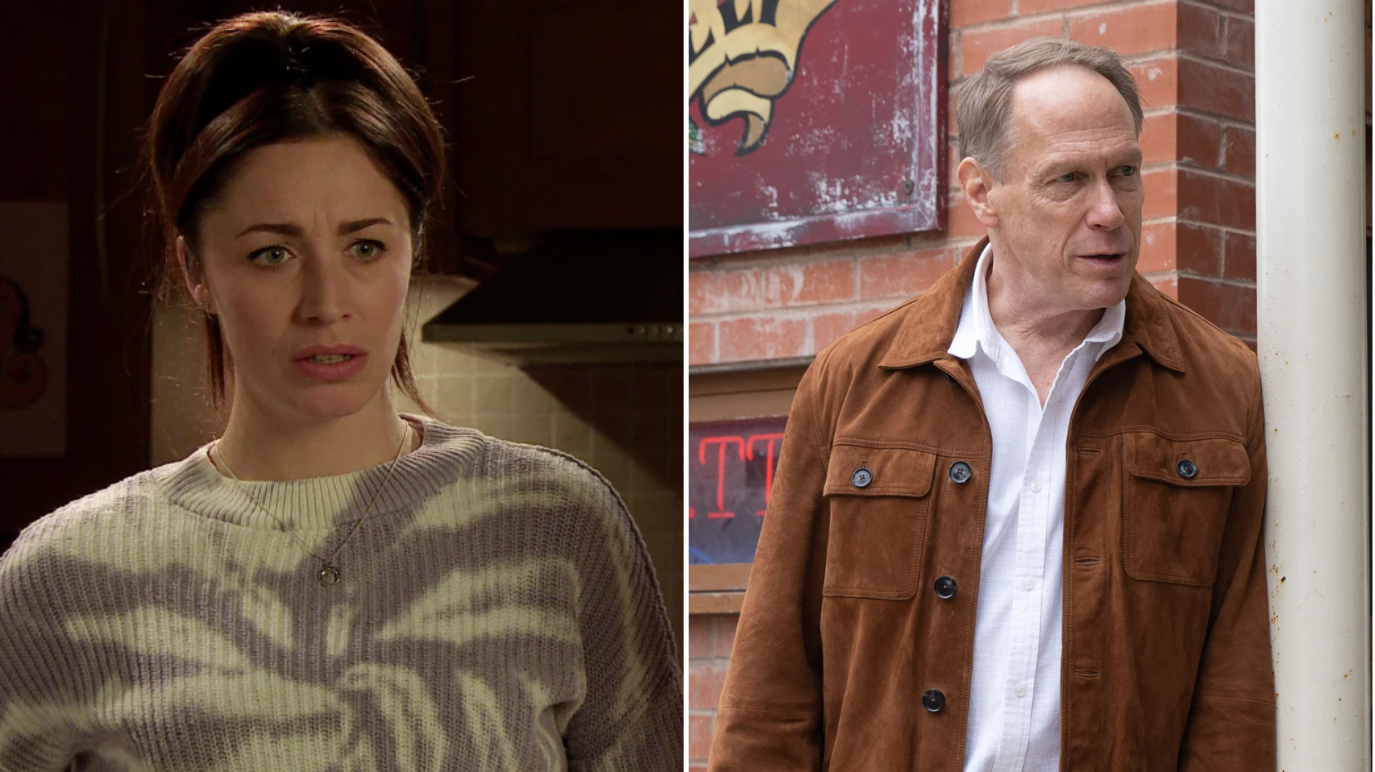 Following the announcement Julia Goulding is pregnant with her second child, we’re left wondering where that will leave her Coronation Street character, Shona Platt.

Julia’s wonderful news was confirmed while on the red carpet at the recent British Soap Awards, cradling her bump while wearing a black dress.

Julia is already mum to Franklin Wolf, who was born on in November 2019.

At the time, Julia revealed she and husband Ben Silver told fans that Franklin had ‘changed their lives forever’.

Due to the maternity leave Julia will take, Corrie writers will have to create some sort of exit for her character Shona – something that happened previously when the star was pregnant with her first baby.

While fans may expect a temporary exit so Shona can return to Weatherfield, tonight’s episode has left us wondering if a permanent departure could be on the cards.

We are concerned because there’s a murderer on the loose who also happens to be a member of Shona’s family – Stephen Reid (Todd Boyce).

Shona is smart and savvy, she often isn’t afraid to say what she thinks and sometimes, that lands her in a tiny bit of trouble.

Before the credits rolled, we saw Shona make a joke about how she couldn’t live with Audrey (Sue Nicholls) all of the time, as she’d be driven to murder.

The line was obviously a link to the fact the Platt family really have no idea what Stephen is capable of…but will we be thinking of this scene again in the future?