The legendary girlband and manager SIMON FULLER have been in talks over the past week with several promoters who are offering millions in a bid to lay on the concerts. 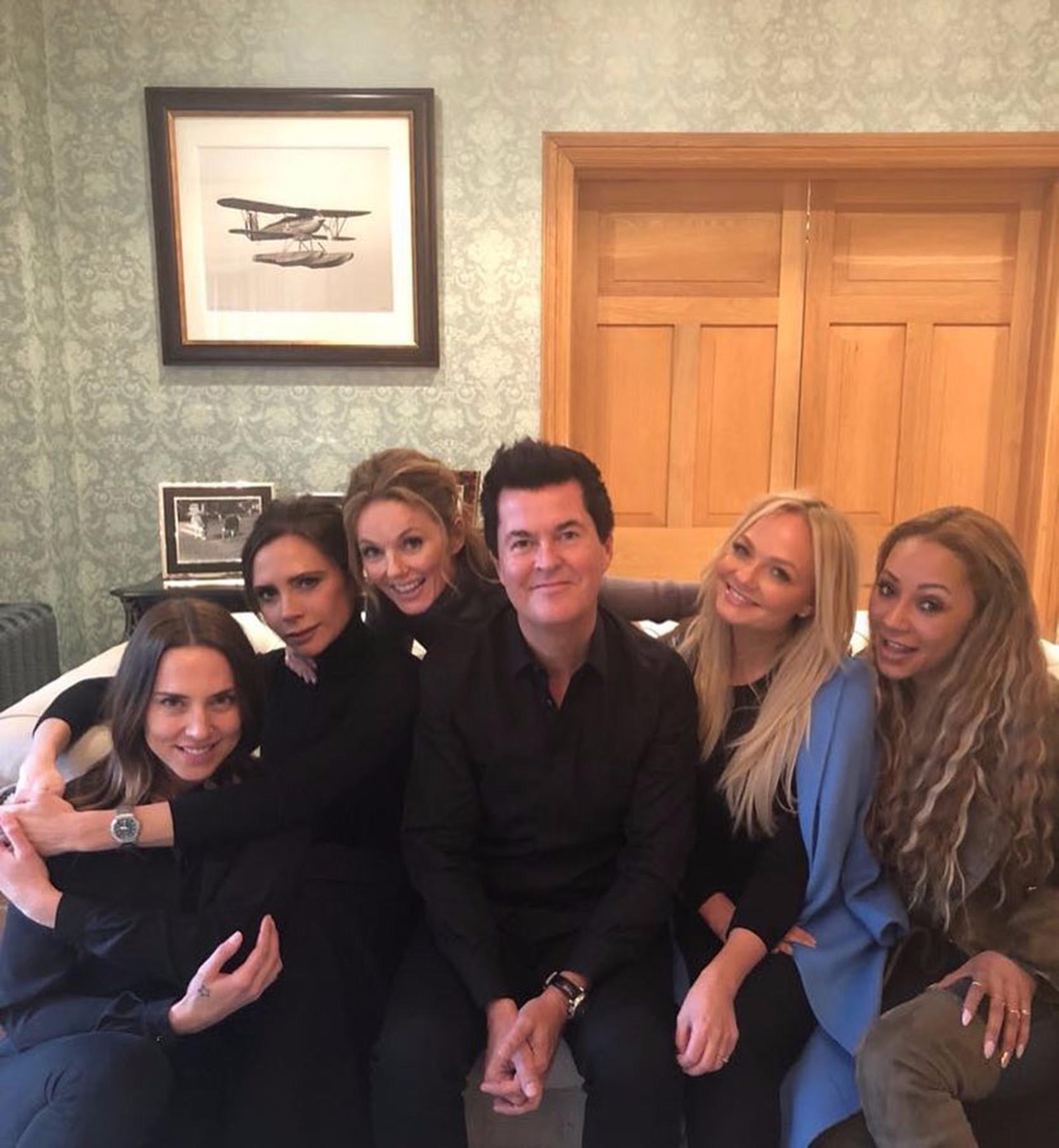 And as VICTORIA BECKHAM confirmed on Saturday night, the logistics of a full-on world tour would be impossible for the five mums, who favour the opportunity to play a smaller number of shows — which will be huge spectacles.

A Spice source said: “Given the family situations, committing to a gruelling mega world tour was always a tough ask. When they got back together this month to discuss reforming, a mammoth tour was dismissed by the majority.

“But performing together again certainly wasn’t, so the idea of playing a few huge shows in various cities was one that received the most interest.

“However, that’s just one aspect of the comeback they’re exploring, with the TV show element their likely priority, especially in the short-term.” 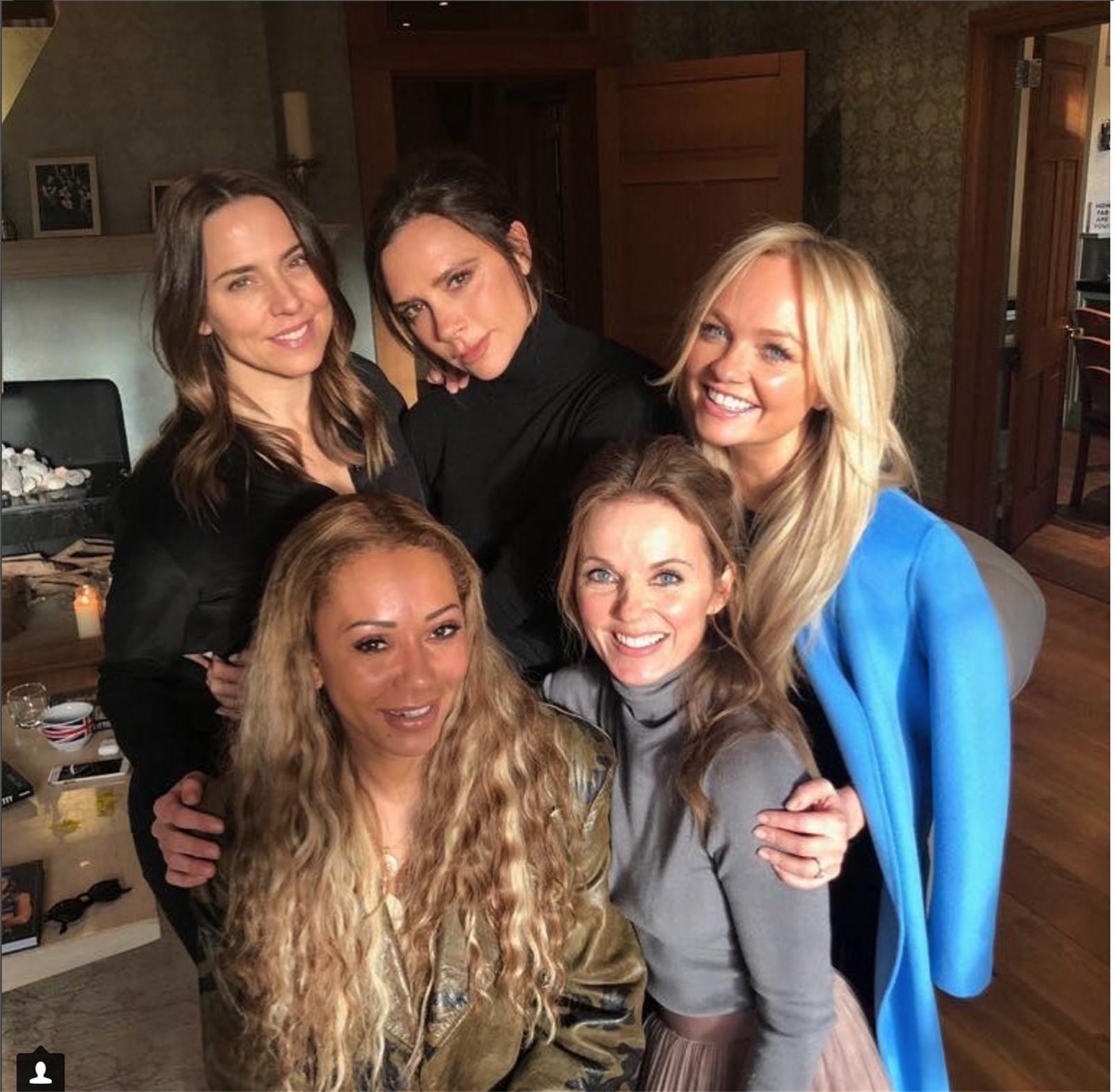 Posh turned into the band’s official spokeswoman over the weekend by playing down a potential world tour.

“I still speak to them all individually, but for us all to get together was really lovely.” 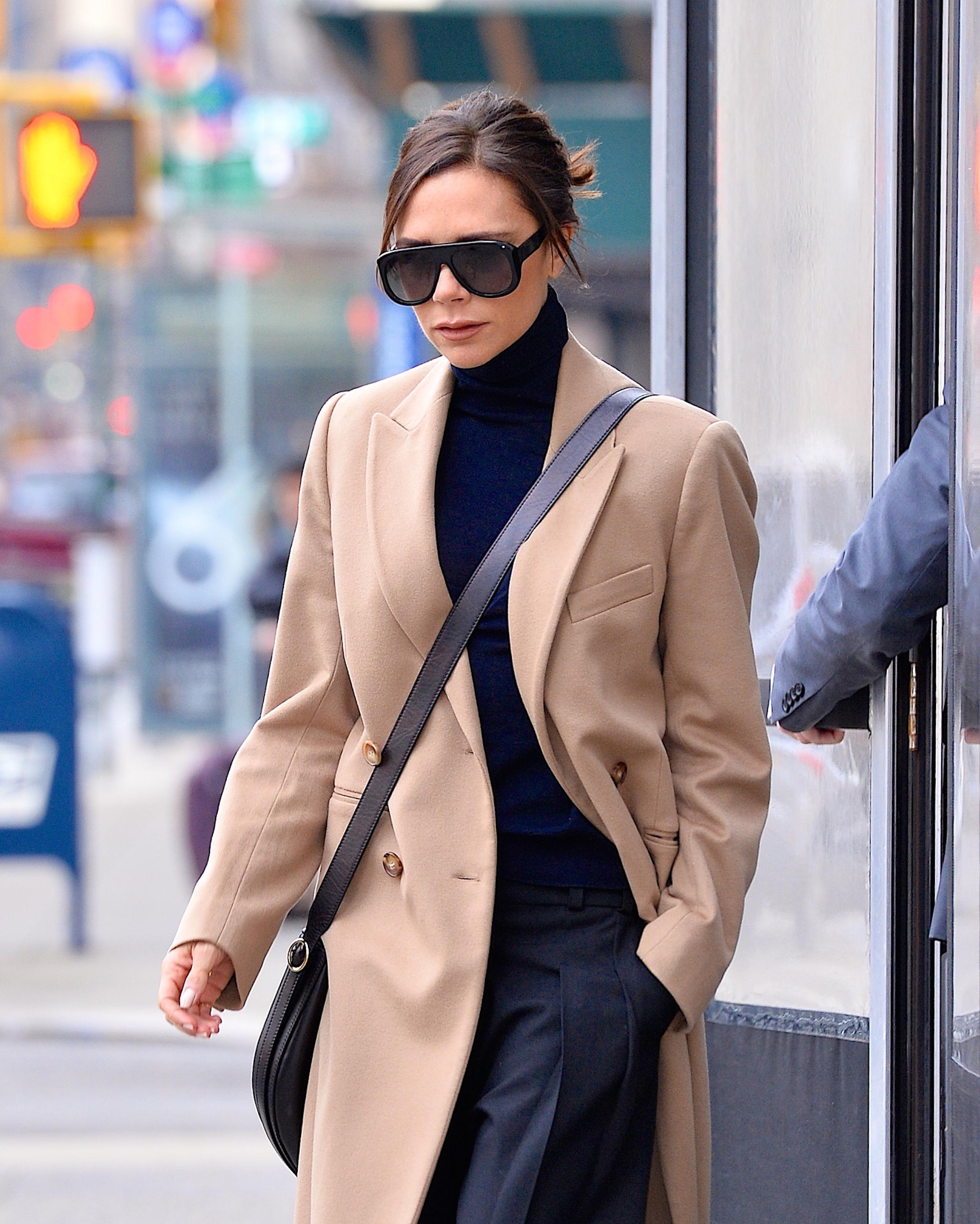 I revealed the girlband — Victoria, GERI HORNER, EMMA BUNTON, MEL B and MEL C — were meeting in secret to relaunch the iconic group. Their meeting, above with Simon, at Geri’s London home was the first time they’ve been in the same room in six years.

The main concept to come out of the get-together was the idea of a Spice-branded TV series aimed at children, potentially involving their own kids.

They’re also keen to explore working with a record label to find a new generation of female singers to spread the Girl Power message.

Whatever they decide, it’s going to be epic.

LANA DEL REY has been keeping fit while on the road in the US.

She stopped by a football academy in Austin, Texas on Saturday, where she had a kickabout with some of the local kids. HARRY KANE needs to watch his back. 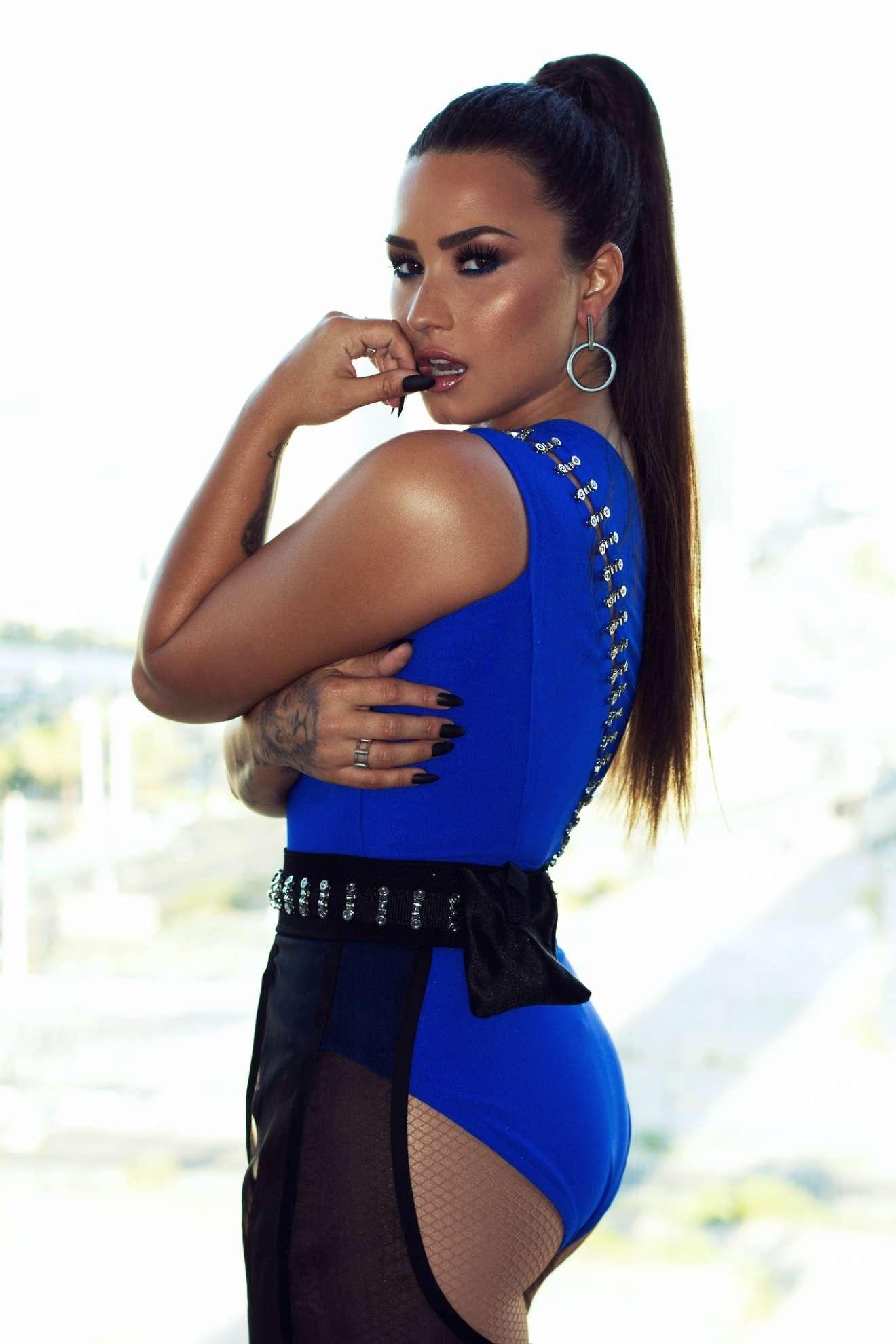 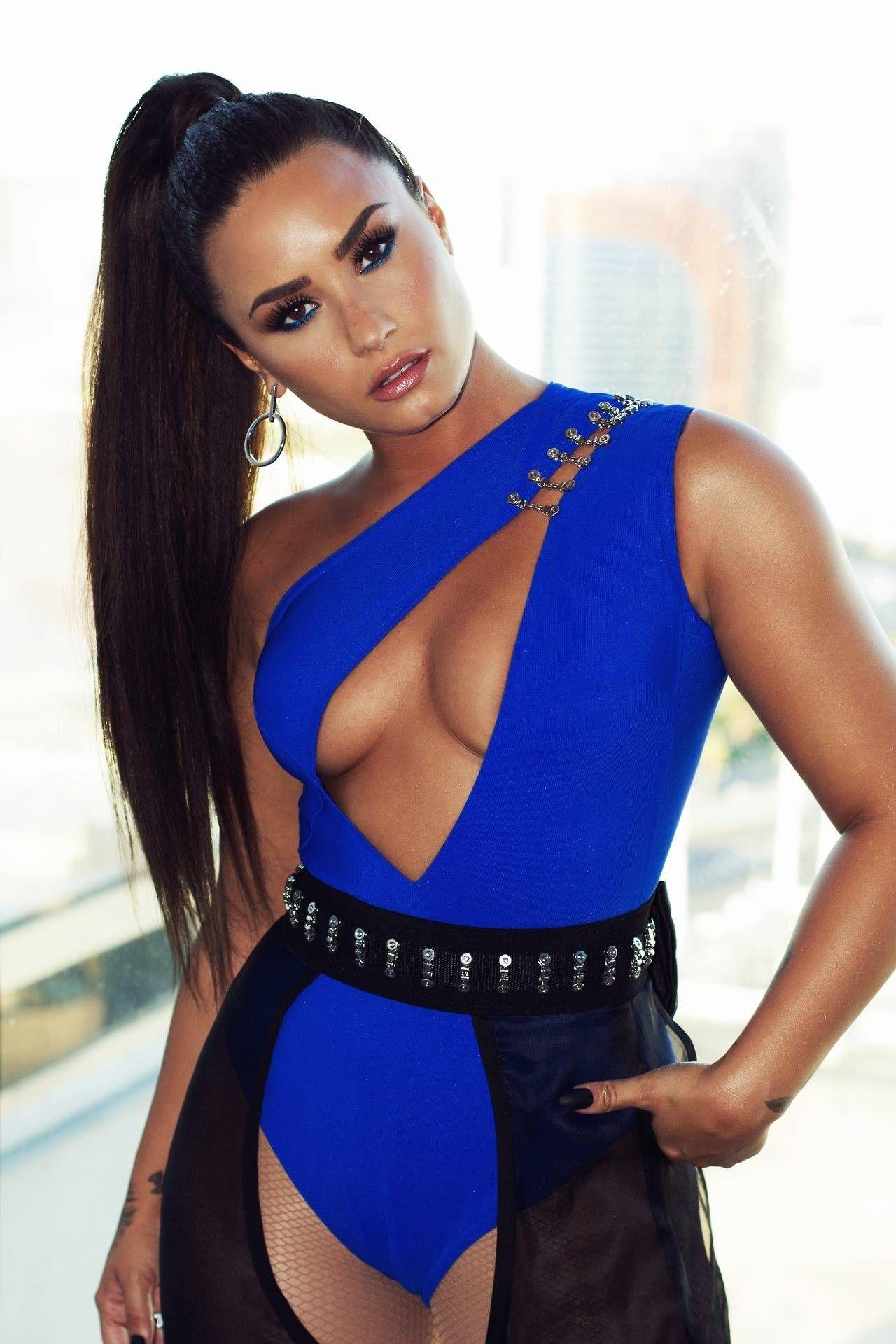 DEMI LOVATO had better start raiding her war-drobe for more show-stopping outfits like this. In summer the US singer brings her Tell Me You Love Me tour across the Atlantic for 14 dates around Europe including four in the UK.

She will kick off her British run at London’s O2 Arena on June 10, then plays Birmingham’s Genting Arena on June 12, Glasgow’s SSE Hydro on June 13 and Manchester Arena on June 16. Tickets go on sale on Friday at 9am, via Live Nation.

The tour follows her release of brilliant album Tell Me You Love Me in September. It reached No5 in the UK chart and featured hit single Sorry Not Sorry.

Demi will start the tour’s North American run later this month along with DJ KHALED.
If they pen any tunes together, her British shows could be even better. 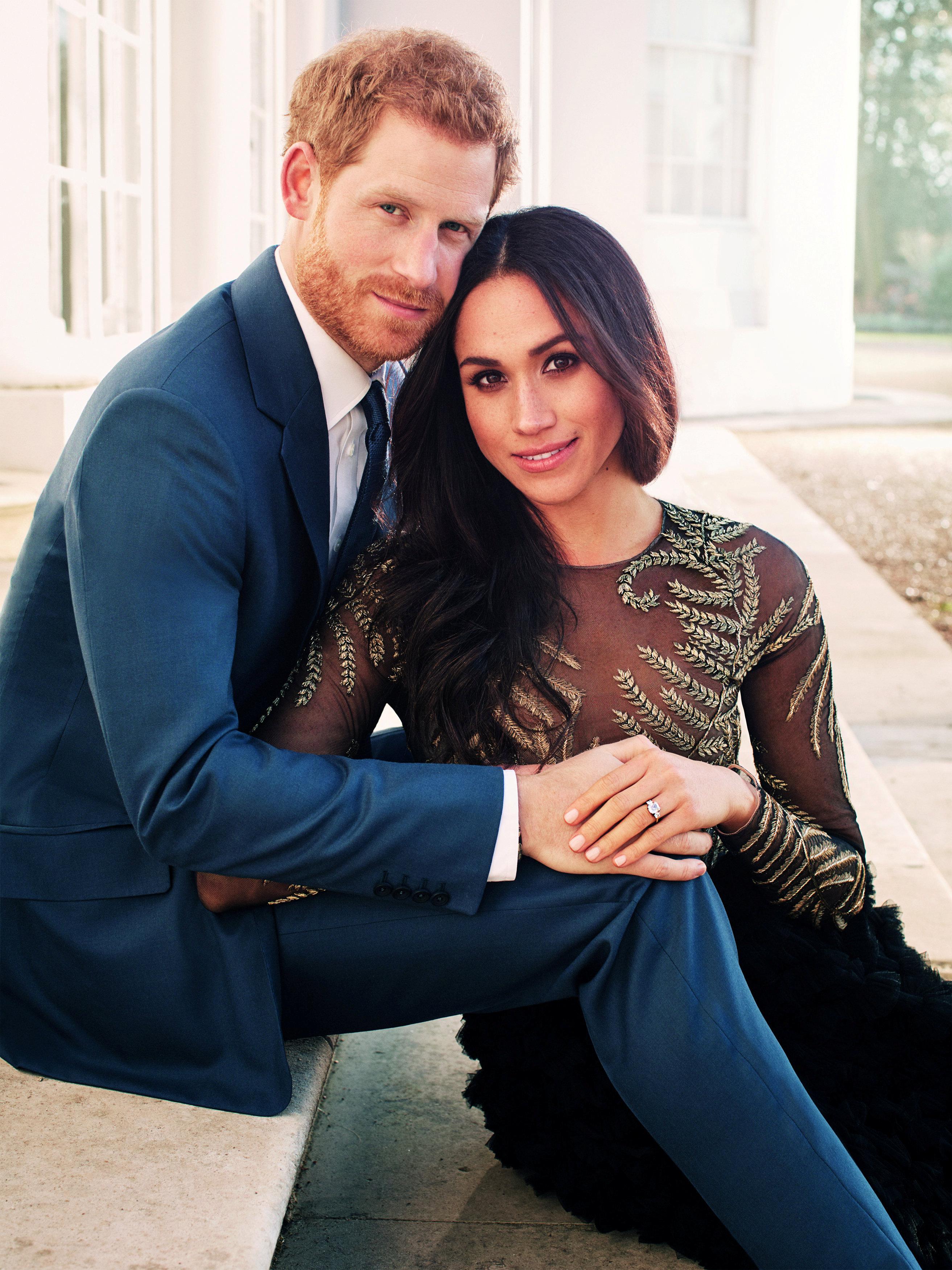 NOT every man who ever kissed MEGHAN MARKLE will be pleased to lose her to PRINCE HARRY.

But British hunk GREGG SULKIN, who played her lover in 2015 gangster film Anti-Social, said: “She’s the sweetest human on the planet – and I’m very happy she is representing our country.”

Gregg – whose new film Status Update, about a wish-granting app, is in cinemas now – added: “She’s a great actress.” But he insisted their relationship was professional. On filming love scenes, he said: “I show respect to actresses and just making sure that they’re at ease.”

Harry may feel at little more at ease, too. 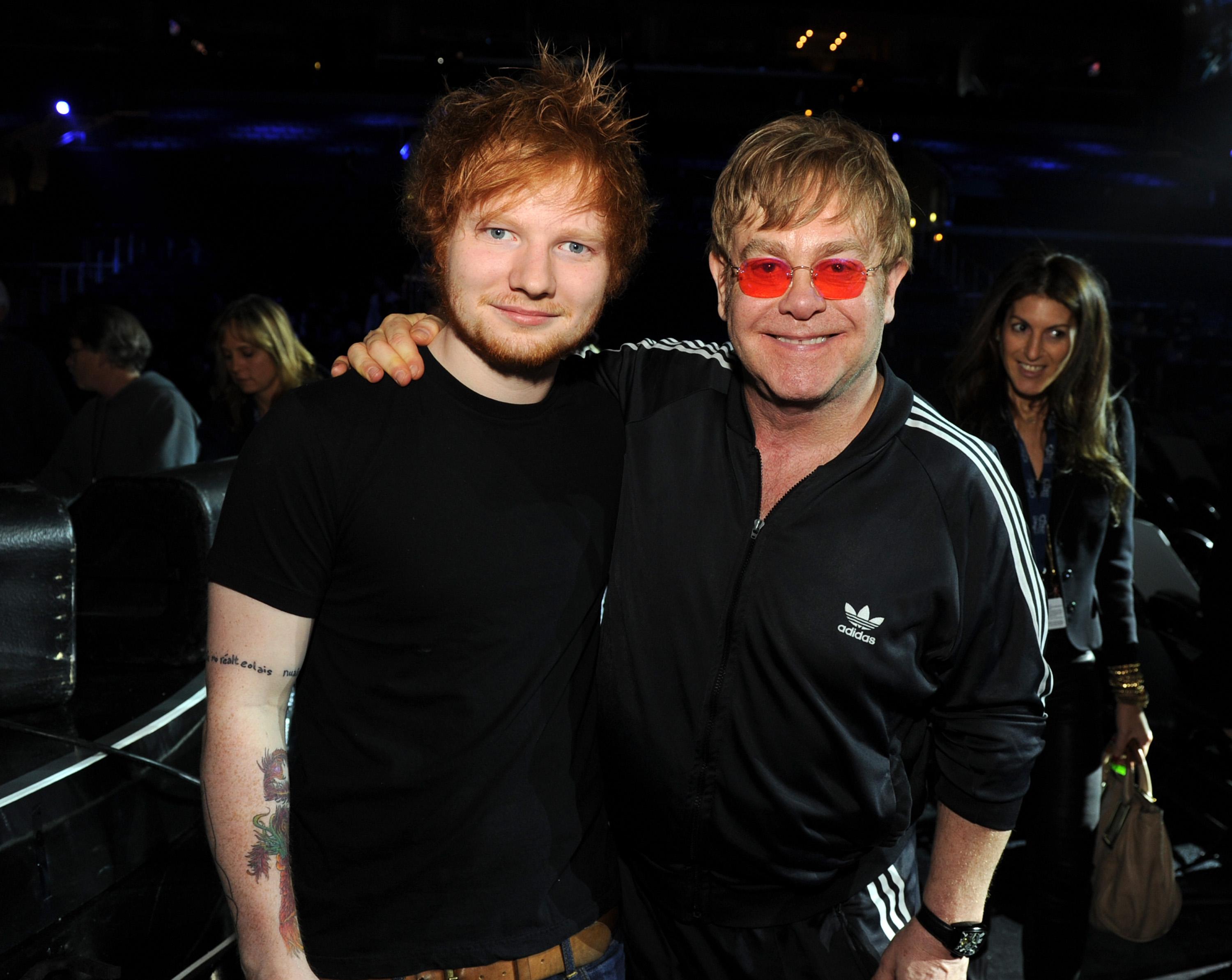 DURING the seven years ED SHEERAN has been with SIR ELTON JOHN’s management company Rocket Music, the pair have become friends – but now they are parting ways.

Divide singer Ed’s manager Stuart Camp is leaving his position at Elton’s company after just over a decade, to now manage his charge independently.

Stuart joined the company in 2007 and signed Ed in 2011, helping guide him to global superstardom. There are no hard feelings from Elton though. He said last night: “After many incredible years of working together I would like to wish a heartfelt and fond farewell to Ed, Stuart and his team, with whom we have shared some amazing moments.

“It has been a very rewarding and exciting experience supporting them through their fantastic journey. 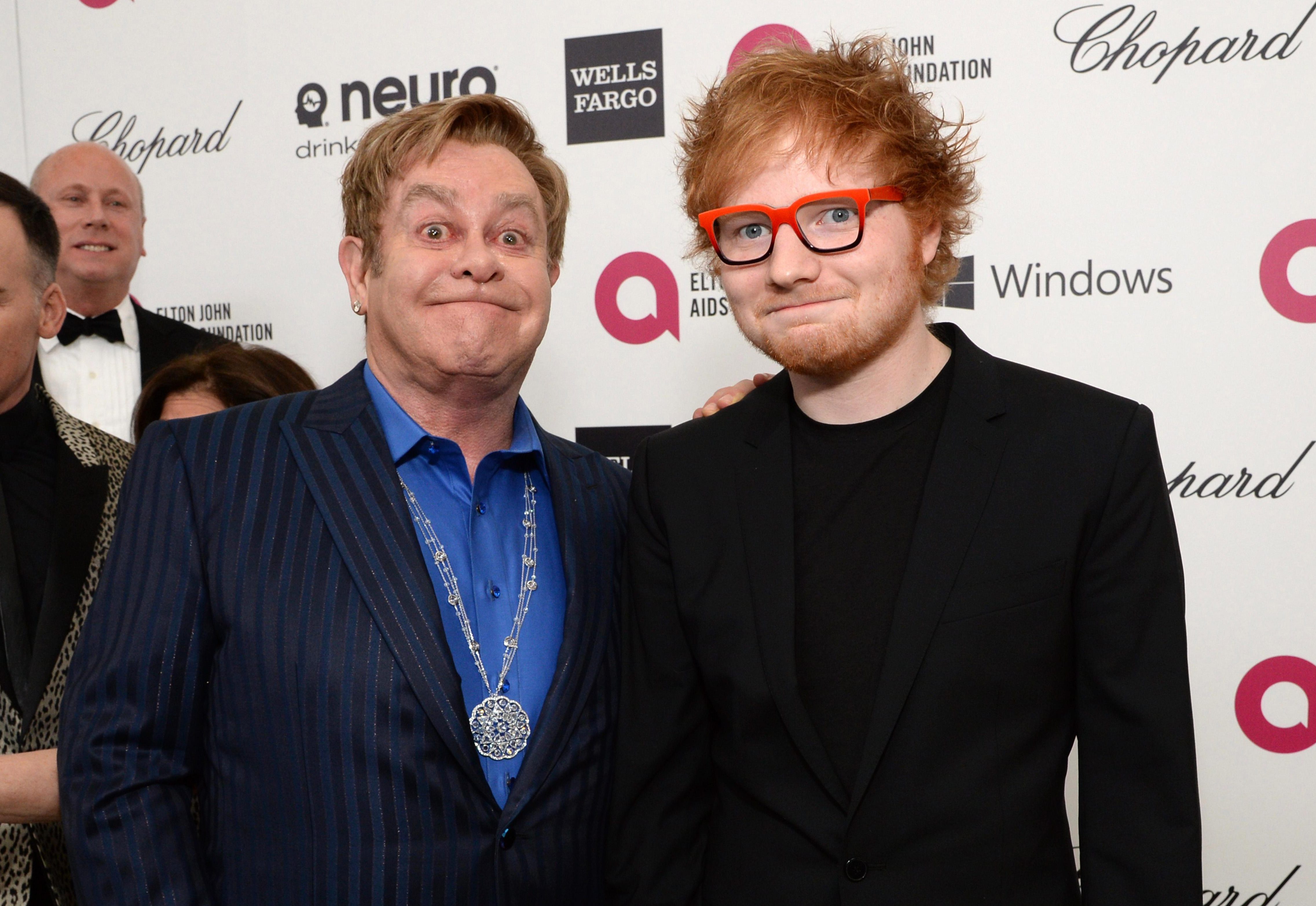 “We are immensely proud of all our achievements together and look forward to seeing Stu’s company and Ed’s success go from strength to strength.”

Elton only had great things to say about Ed when we met in New York last month and they are due to work together on an another project in the next few months.

So there is definitely no bad blood between the two of them.

With Brit singers RAG ’N’ BONE MAN and ANNE-MARIE still on Elton’s books, he has plenty to keep him busy.

CHRIS HEMSWORTH is unlikely to return as superhero Thor.

He said: “My contract’s coming to an end, we’ve finished the last two Avengers. We might have a conversation if another great script comes along. But at the moment that’s it.” 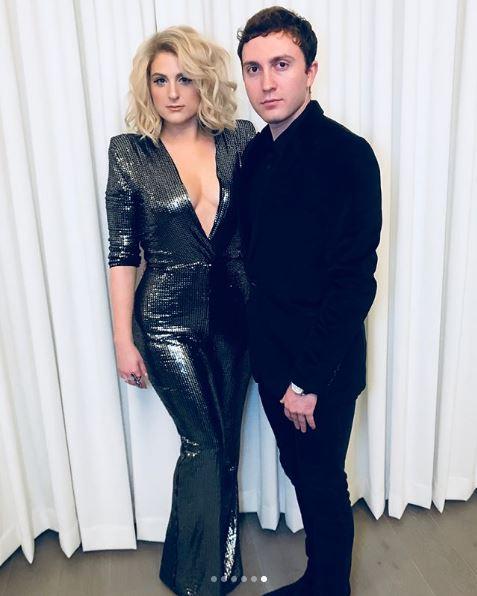 MEGHAN TRAINOR’s new album will be all love songs, judging by her Instagram. She posted this shot of her with her actor fiance, fellow American Daryl Sabara, before a night out.

Two years after last album Thank You, she is set to return – and revealed last week she has filmed two new videos and will premiere her new tunes in “less than two months.” Juggling that with wedding plans, she is in for a busy 2018.

Winter Olympians heat up on Tinder

ATHLETES at the Winter Olympics are looking for off-piste activities. 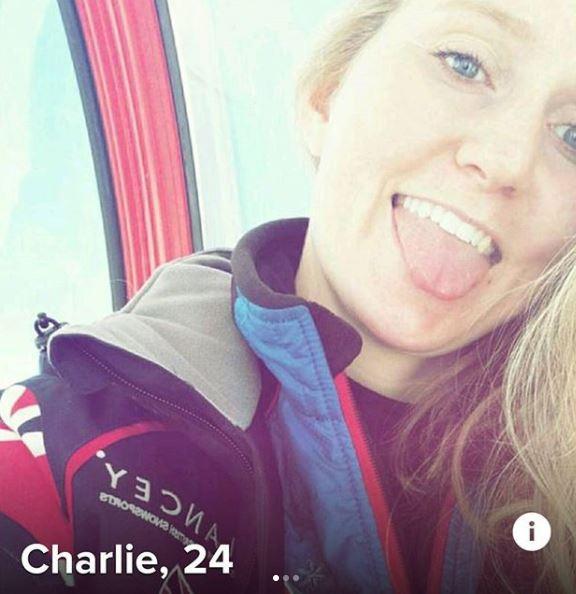 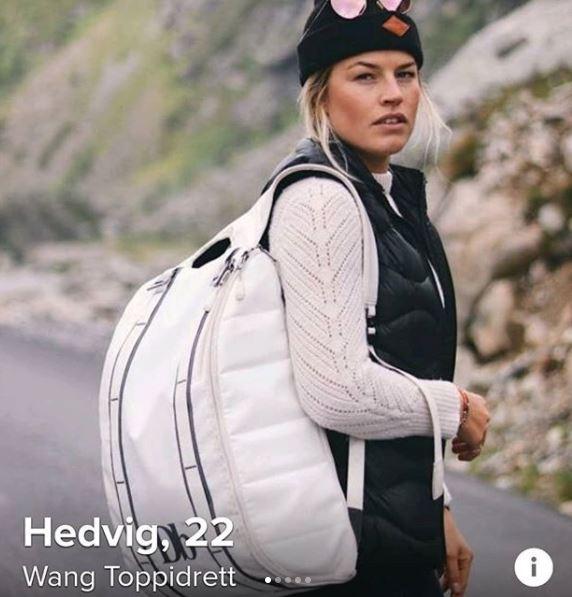 Several are passing the time between events on Tinder.

Team GB skiers CHARLIE GUEST and MOLLY SUMMERHAYES are among singletons with profiles featuring pictures of their skills on the slopes.

They’ll have to go on dates bare-faced though after Beeb presenter AMY WILLIAMS revealed water-based make up is freezing in the -23C temperatures.

And it’s not just the Brits getting on in the act as the Tinder Olympics bring the whole world together.Finnish hockey player Susanna Tapani, skiers Domique Ohac from Chile and Norway’s Hedvig Wessel, and US snowboarder Jessika Jensen all have profiles.

If it distracts the opposition enough to give Team GB a chance of some medals, then it’s fine by me.

SUPERHERO film Black Panther hits cinemas, and is expected to be one of the year’s biggest releases. CHADWICK BOSEMAN, MICHAEL B. JORDAN, LUPITA NYONG’O and DANIEL KALUUYA all feature. It’s directed by Creed maker RYAN COOGLER.

LIAM GALLAGHER, ALT-J, STEFFLON DON and SKEPTA are among stars performing at the VO5 NME Awards at London’s O2 Academy Brixton. GARBAGE’s SHIRLEY MANSON will be honoured with the Icon Award at the bash, which will be live streamed on Facebook.

NEW London-based homelessness initiative Linkey has launched a campaign which has my backing this Valentine’s Day. Use £8 of the cash you’d pay for a fancy meal to buy a pack of essentials to be given to rough sleepers or to shelters. Order at linkey.org.uk

FRESH from a huge five Grammy nominations and a US top five debut album with American Teen, music sensation KHALID takes to the stage at Manchester’s Academy 1. He plays the Eventim Apollo in, Hammer- smith, West London, this Thursday and Glasgow’s O2 Academy on Sunday.