A couple of years ago, director Jon Watts channeled king of coming-of-age high school movies John Hughes to bring us a fresh and exciting reboot in Spider-Man: Homecoming, a superhero story which was more Ferris Bueller’s Day Off (John Hughes, 1986) than the usual Marvel fodder.

Spider-Man is now back for a second helping, and as much as it pains me to say it, the film suffers only slightly from the decision to steer it away from the whole Hughes angle. 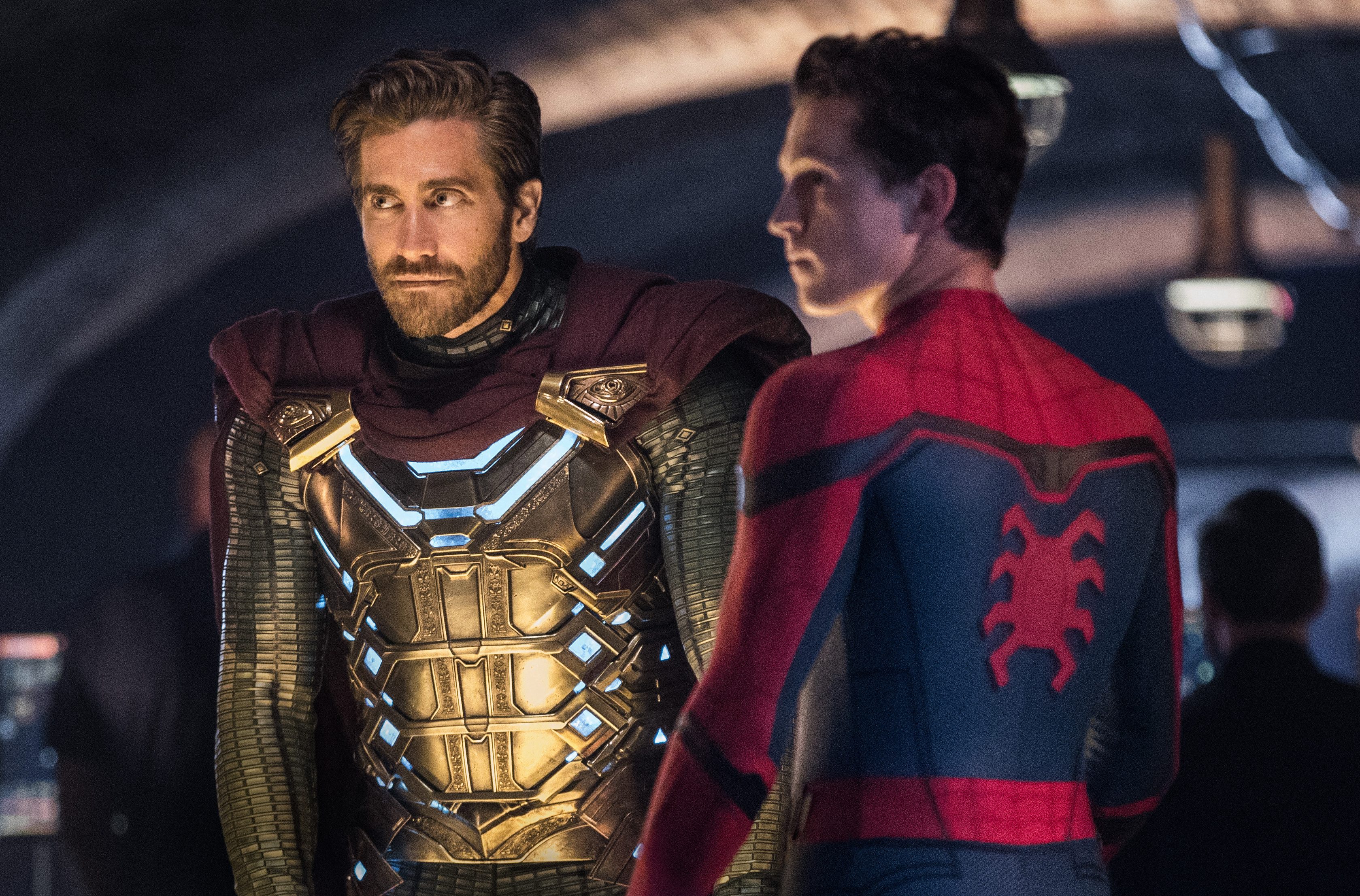 Serving as a bridge between phase 3 and 4 of the wider Marvel Cinematic Universe (MCU), Spider-Man: Far From Home was always going to be more of a filler than a killer in the plot department.

That’s not to say that there is anything wrong with it per se, but if you were hoping for something more substantial, then you might have to wait a little longer.

With the absence of Iron Man/Tony Stark (Robert Downey Jr) casting a long shadow over proceedings, the 23rd film in the MCU is refreshingly, and thankfully, only too aware of its status as more of a transitional story than a major player in the franchise, but that’s not to say that it doesn’t have a good go at convincing you otherwise.

Shortly after the events of Endgame, Peter Parker/Spider-Man (Tom Holland) is still mourning the death of his friend and mentor Tony Stark.

Dodging calls from S.H.I.E.L.D boss Nick Fury (a particularly grumpy Samuel L. Jackson) who seeks to recruit him as a fully fledged avenger, Peter decides to join his friends on a school-trip to Europe where he plans on confessing his undying love for classmate MJ (Zendaya).

Parker is tracked down in Europe by Fury and ordered to to team up with new Avenger Quentin Beck/Mysterio (Jake Gyllenhaal), a preposterously dressed and seemingly earnest superhero from another dimension.

The two must battle the Elements, a group of extra-dimensional humanoid monsters, and save the world. 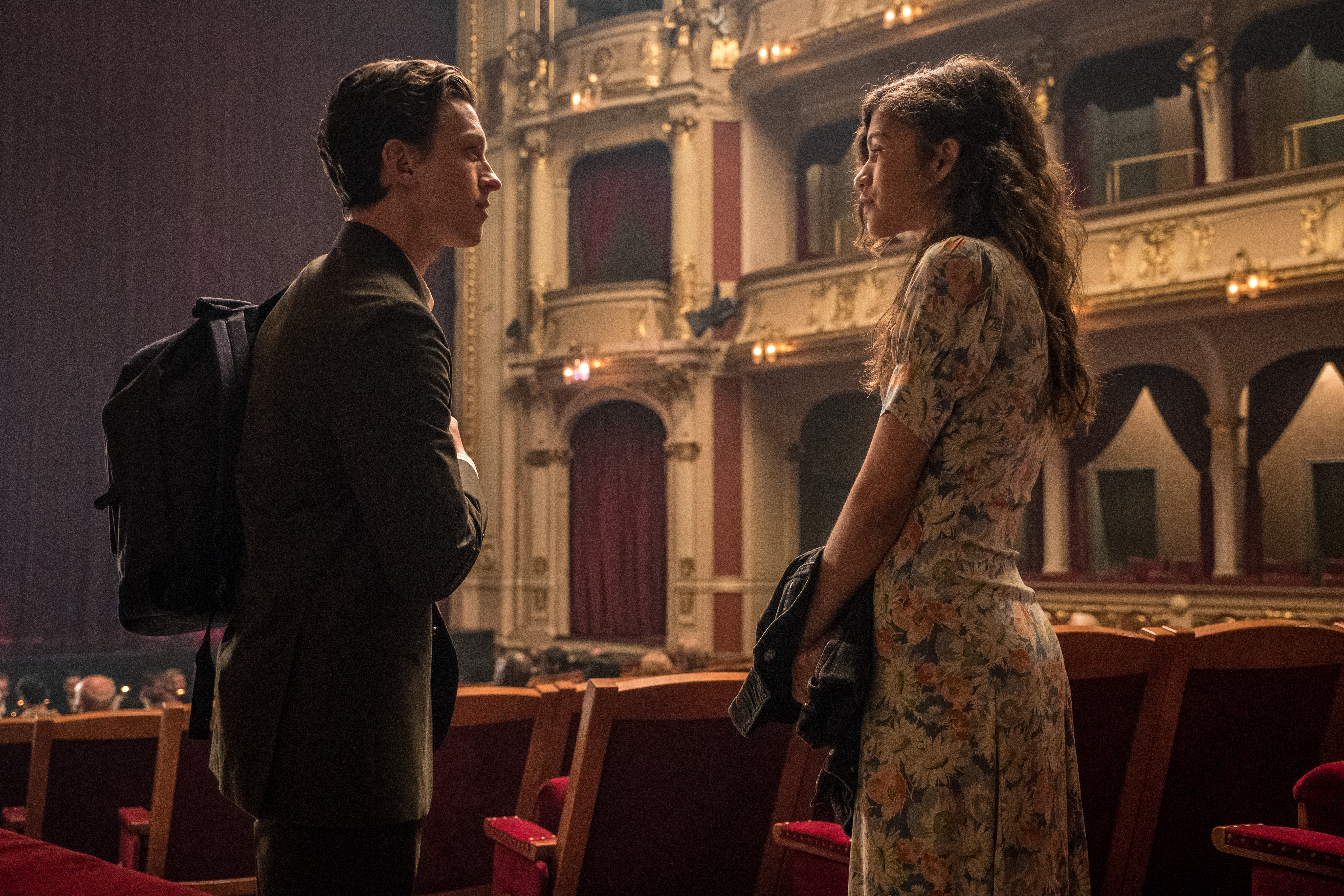 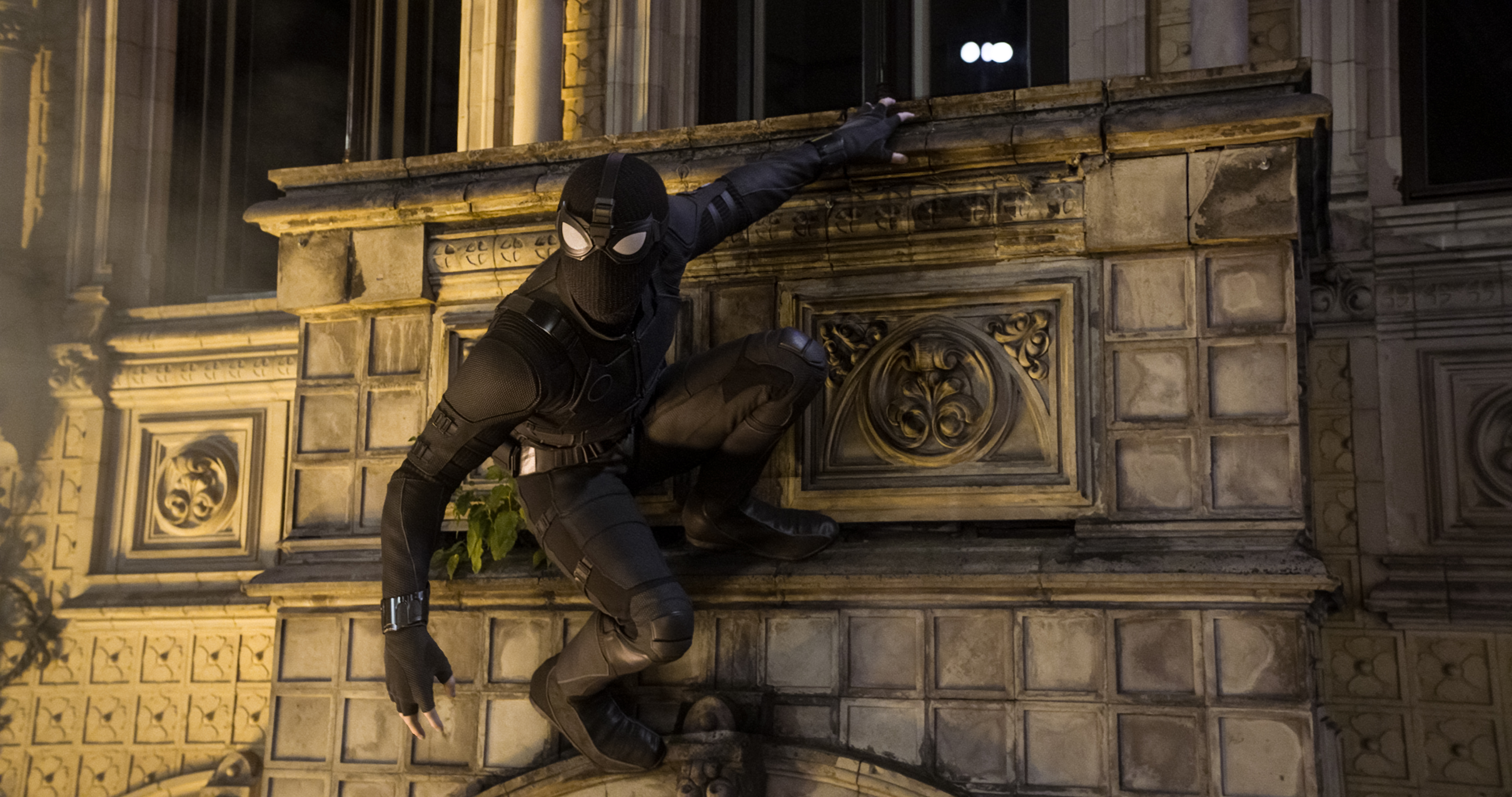 But this being Mysterio, master of trickery and illusion, things may not always be what they seem.

While there are certainly some Thanos-shaped plot holes you could drive a bus through here, it’s fair to say that Watts has done it again. It must also be said that in casting Holland, Marvel have struck gold, because on top of being likeable to the point of annoyance, the young actor also seems to have inherited his dad’s flair for comedic timing (Holland is the son of comedian Dominic Holland).

Teaming him up with Zendaya, who can literally do no wrong in my eyes, is just the cherry on top.

With themes relating to anything from “fake news” to facing up to your destiny, I got the sense that screenwriters Chris McKenna and Erik Sommers wanted to cram as much as possibly into this transitional story, and even if not all of it lands, there is enough here to please most people.

With Holland, Zendaya and Jacob Batalon (returning as Peter’s best friend Ned) bouncing off each other enthusiastically throughout, there is a sense that nobody could have done this whole teenage schtick better than Watts and his writing team – a real credit to their
hard work.

Embracing high camp as the comedy villain du jour, Jake Gyllenhaal does a fantastic job as Mysterio, even if we’re never quite sure if he’s in on the joke.

MCU stalwart Jon Favreau is also back and is as brilliant as ever in the Happy Hogan role, as is Marisa Tomei as Peter’s Aunt May.

All in all a decent sequel to a brilliant reboot from Marvel and Sony, who can rest assured that they have done more than enough to keep the faithful happy. Hugely entertaining and thoroughly enjoyable.