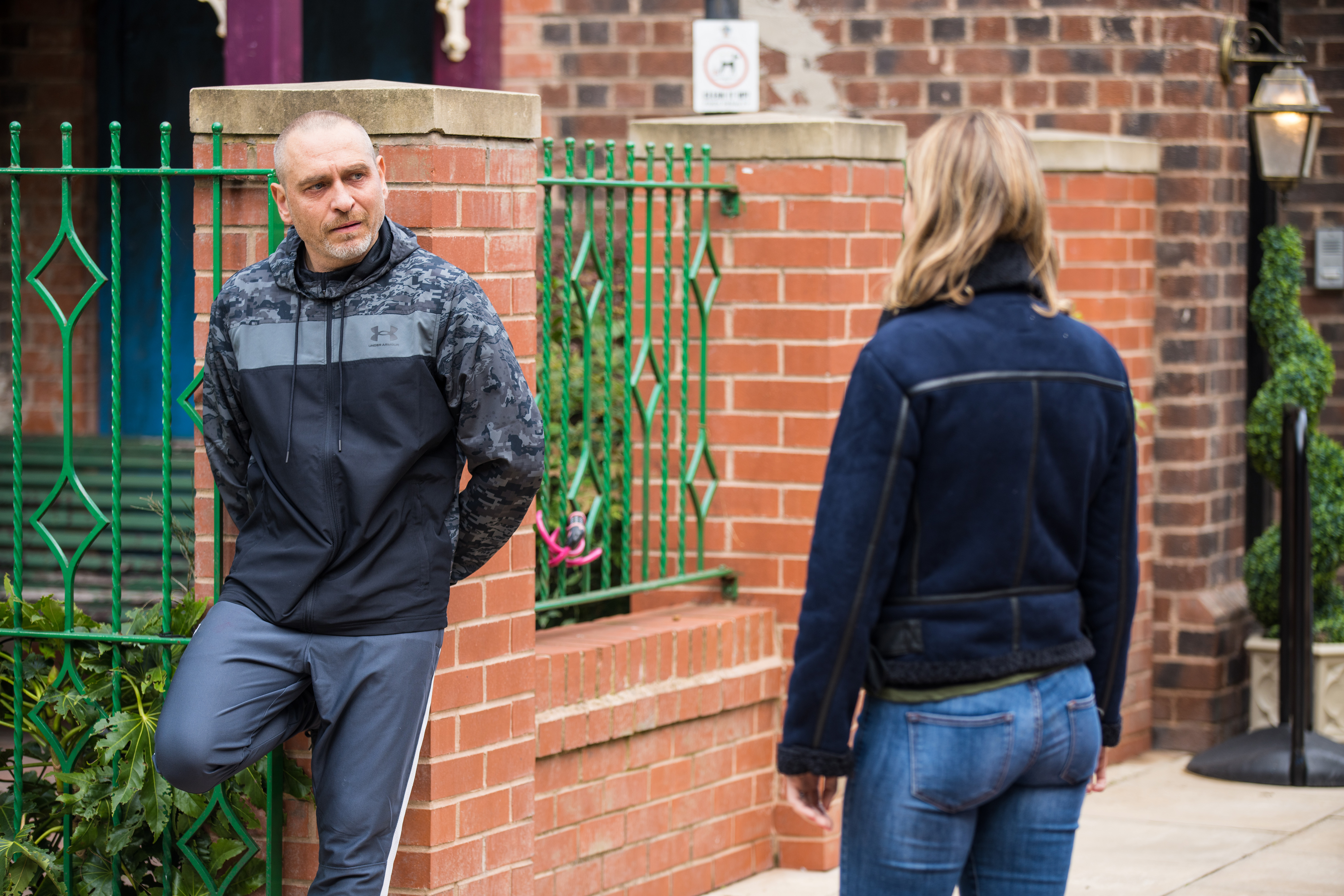 Despite Abi Franklin (Sally Carman) focusing on the future with Jack and Kevin Webster (Michael Le Vell), she’s yet to deal with the fact she nearly murdered Corey Brent (Maximus Evans) in Coronation Street.

Thinking the ordeal is in the past, Abi remains unaware the gun she sourced from Tez (Stephen Lord) was used by Harvey (Will Mellor), who shot Natasha (Rachel Leskovac).

As the investigation continues, DS Abney calls at No.13 and reveals the gun used to kill Natasha was the same gun Tez used in a raid years ago.

Nick (Ben Price) meanwhile, calls at the café and tells Roy (David Neilson) the police are in the process of tracing the gun used to kill Natasha.

Wanting to help, Kevin meets up with Tez in the ginnel and implores him not to ruin Abi’s life.

Roy advises Abi to tell the police the truth about the gun, but will she?

Later on, Abi tells Kev it’s only a matter of time before the police link her to the gun, so would confessing be easier?

Could Abi save herself from a lengthy time behind bars if she confesses?