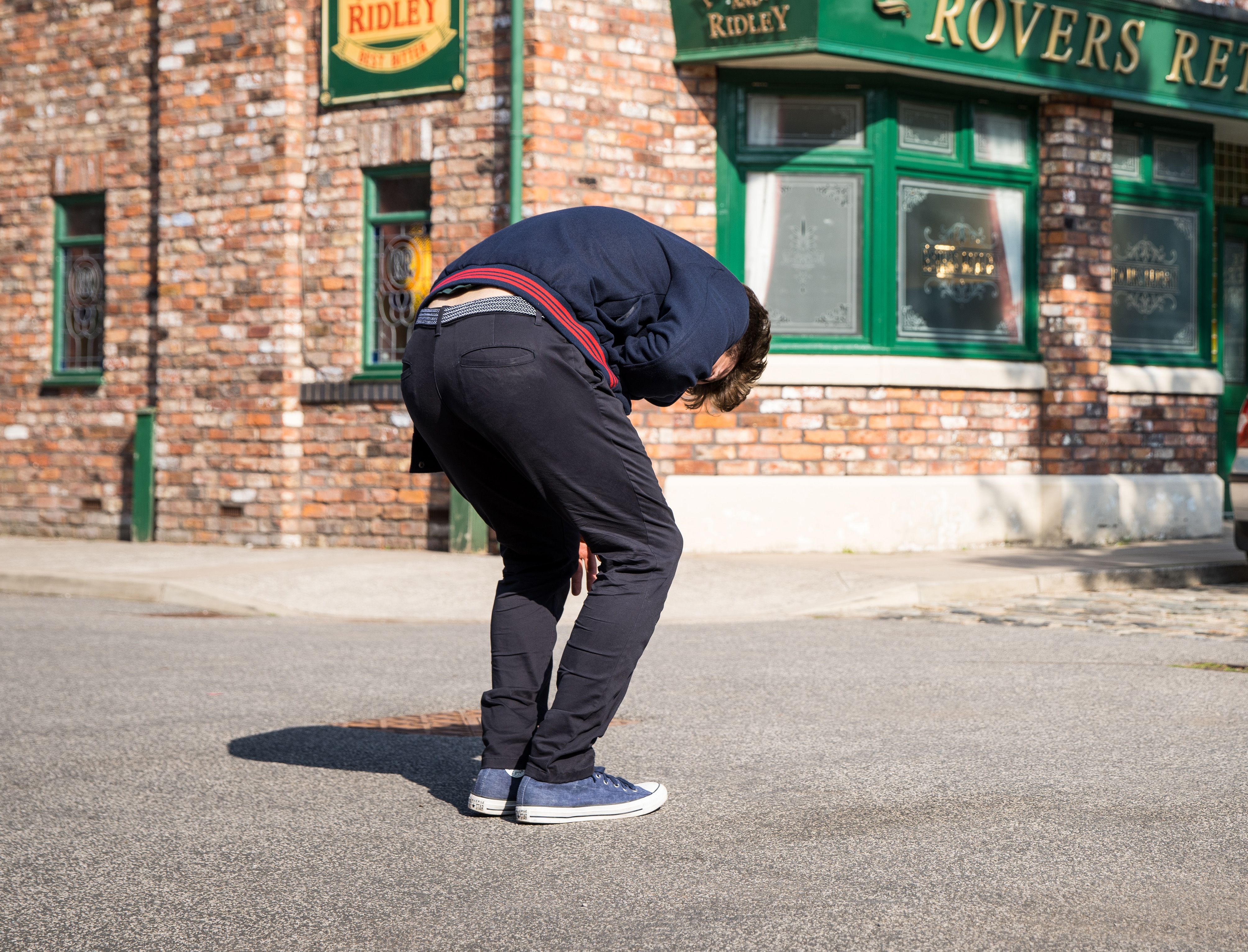 Curtis Delamere’s (Sam Retford) health will take another turn in Coronation Street as he pushes himself too far and collapses – but will he survive?

Curtis confides in Emma (Alexandra Mardell) that he’s sitting an exam tomorrow, but he’s worried as his medication makes it harder to concentrate.

Wanting to help, Emma shows Curtis the textbooks she borrowed from Aggie (Lorna Laidlaw), but he asserts he’ll stick with online diagrams.

The next day, Emma’s worries grow again as she tells Steve (Simon Gregson) that Curtis has gone missing, he’s got an exam today, but he’s convinced he might not live long enough to graduate.

Steve finds Curtis in Victoria Garden and gently persuades him not to give up.

After offering Curtis a lift to the exam, Steve’s car fails to start.

Curtis decides to get out and push the car but as it leaps into life, Curtis sinks to his knees, clutching his chest.

But will Curtis survive this fall?

If so, what impact will the collapse have on his health?