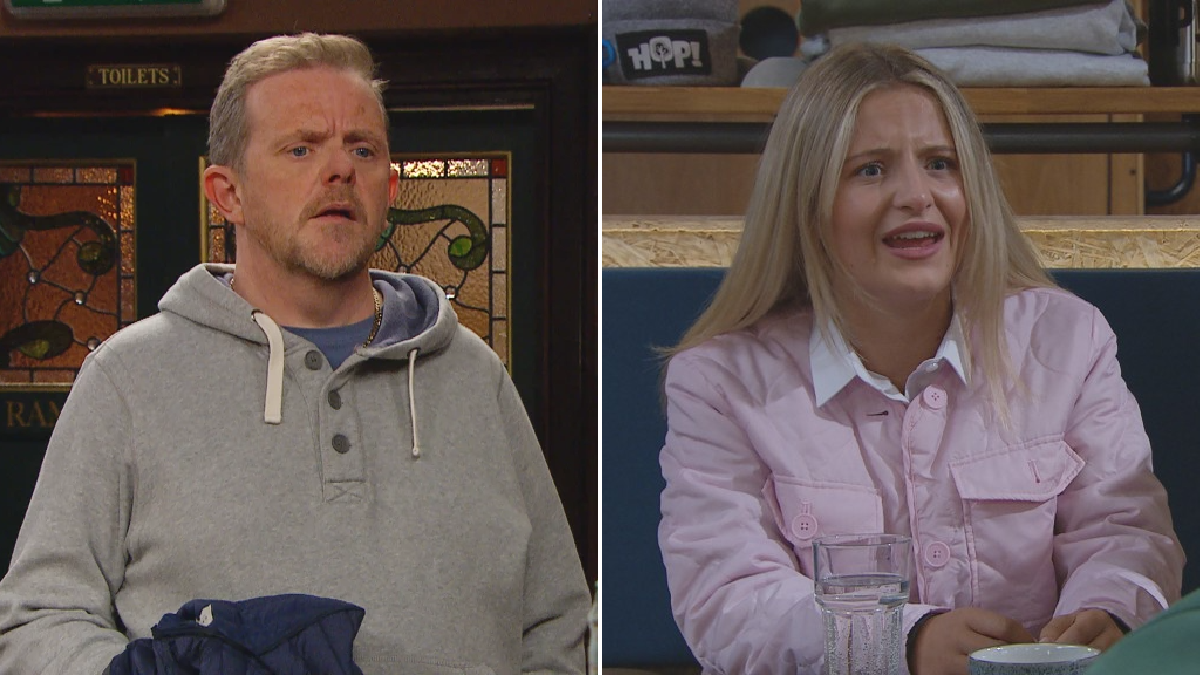 The young teen has been consuming weight-gaining syrup recently, convinced if she changes the way she looks, her social media platforms will grow.

Altering her diet has had a negative impact on Amelia, as she’s already passed out and experienced blurred vision.

This week, things reach a turning point for Amelia, as she lands in trouble after dropping baby Thomas.

Amelia is left with no choice but to tell her dad about what she’s been going through, and Liam Fox recently told us how his character reacts:

‘He’s gobsmacked! He doesn’t know anything about this weight-gaining syrup. He’s stunned, maybe a bit disappointed in her as well.

‘She doesn’t directly open up, but there are comments about her body image and not being good enough. Dan has become more aware that Amelia isn’t happy with her image and how she looks, he can’t get his head around that at all.’

Processing Amelia’s news is tough for Dan, who instantly blames himself.

‘Any parent would blame themselves’, Liam explains. ‘You would like to think you’d notice but overall, Dan is just more worried about Amelia. He discusses things with Bob and Kerry and suggests counselling for her as well.’