Death, taxes, and films that bomb at the box office.

Such is life in Hollywood, and at the end of the day, the estimated $147M loss which is expected for Disney Animation’s Strange World isn’t spilt milk to cry over for the entertainment conglomerate.

The bombing of the Thanksgiving family title, with a $28M global opening, in the face of Netflix’s theatrical experiment with Glass Onion: A Knives Out Mystery, with $13.3M over 5-days, has prompted discussion this weekend as to what’s really prime for theatrical and what’s really ideal for streaming. No question about it, Netflix is leaving money on the table in their $400M-plus investment in the Knives Out franchise with a one week only theatrical only release before its Dec. 23 streaming drop.

Netflix Record $15M First Week Of 'Glass Onion': What It Means For Box Office, Streaming & How It Came To Be

However, Disney aren’t idiots for committing to a global theatrical release, even if it’s not full, for Strange World. which will debut on Disney+ around Christmas.

Why did Disney go theatrical on a movie they knew had bad audience diagnostics and not streaming? (I spoke with someone who saw Strange World in an early test screening back in August, who believed Disney should have held the movie). Why didn’t Hocus Pocus 2 go theatrical, given its massive eyeballs on Disney+ and cult fandom? Why did Disenchanted, a sequel to a 3x Oscar nominated, $340M-plus grossing global hit go to streaming?

Such questions will have easier answers in the post Bob Chapek-Kareem Daniels’ era. It’s clear in Iger’s move to put the distribution and P&L decisions back in the hands of the studio’s creative heads, the people who actually steer such product, an indication that smarter creative and financial decisions are afoot at the studio.

Disney hasn’t commented on whether there’s less movies going straight to Disney+ as Iger takes over. The feeling by industry sources is that more expensive theatrical movies will go theatrical, and significantly lower-budgeted ones without any big screen potential will make their way on the service. No more opulent feature stunting to get subscribers is the sense we’re getting, which is a similar philosophy to that of Warner Discovery CEO David Zaslav’s in regards to features films and HBO Max. Disney’s pivot to Iger and pushing out of Chapek and Daniel is a sign to many that the entertainment conglom wants to appease Wall Street’s appetite for profits from streamers, not subscription counts.

So if Disney knew Strange World, with its problematic title, was a dud, why did it not go straight to streaming?

Disney has a history of launching a family animated title over Thanksgiving. Audiences come to expect that. That alone is of significant reputation value to Disney, and meeting their fans’ demands. Had Disney pulled another movie from the theatrical schedule and sent it to streaming (a standard Chapek business move), especially at Thanksgiving, there would be a great uproar from exhibition, and they’ve already had their share of punches in subtracting Mulan, etc., from the release schedule, not to mention their controversial day-and-date experiment with Marvel’s Black Widow, etc.

Had Strange World gone straight to Disney+, it would be a PR nightmare for the studio, particularly in the wake of Chapek’s Florida “Don’t Say Gay” quagmire. A strict Disney+ release for Strange World would indicate that the Burbank, CA studio is giving a lesser release and a lesser profile for a big movie with a gay character versus a global theatrical launch.

In addition, a straight to Disney+ release for Strange World would be a continued slap in the face to its animation team, which have seen years and years of their life’s work, intended for full-on theatrical, go to streaming, i.e. Pixar’s Soul, Turning Red, Luca, and Disney’s Raya and the Last Dragon. The return of Iger is also intended to boost Disney creatives’ morale in the wake of the binary and bean-counting Chapek era, an executive who one former Disney big wig told me was known as the “swiss army (knife) of executives at the company,” able to make a profit at whatever division he took charge of. 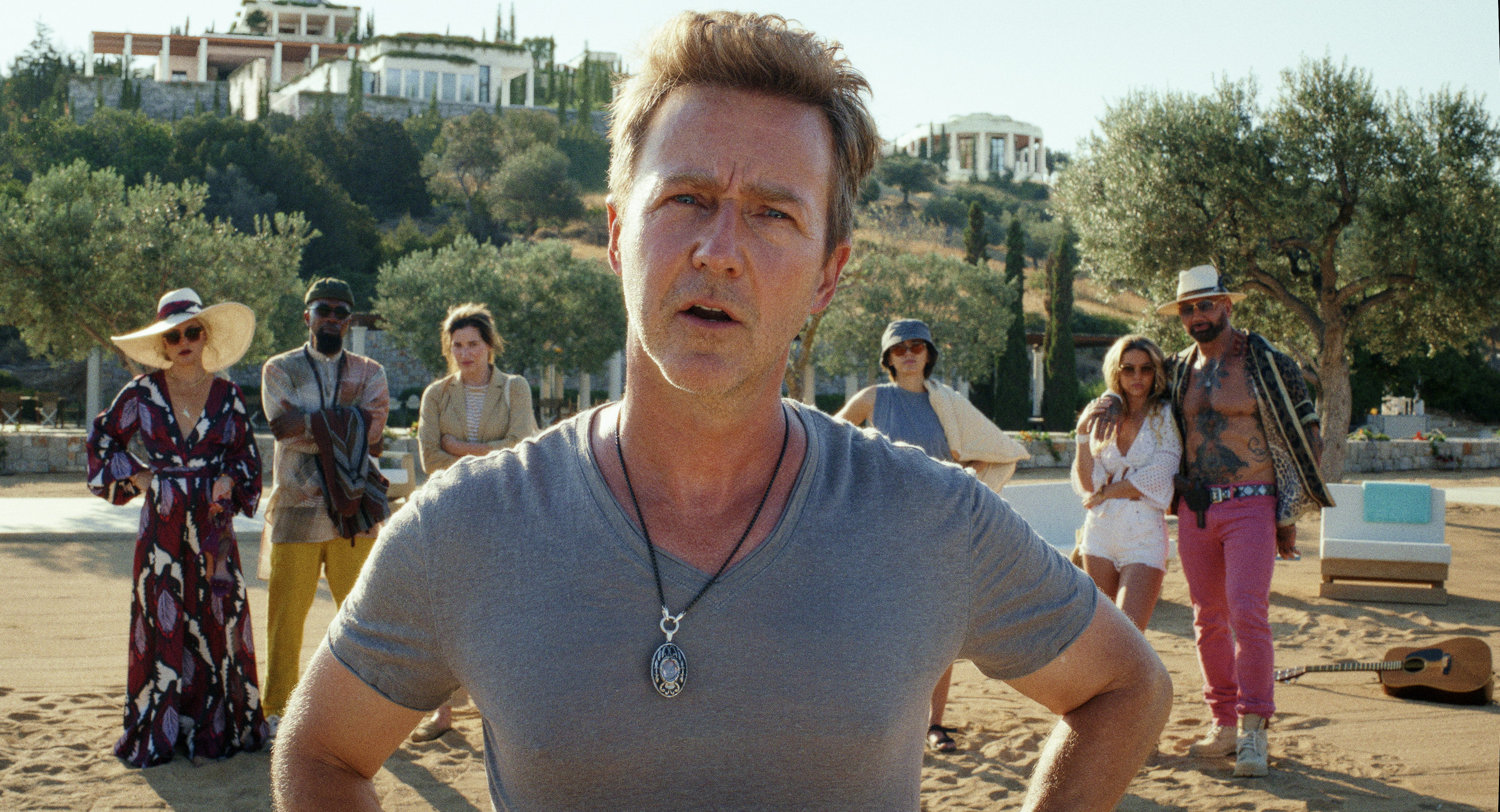 While Netflix will surely spur excitement toward its Dec. 23 release of Knives Out 2, the real barometer of the pic’s success on the service isn’t in viewership, but in the retention and addition of subs in the wake of the Rian Johnson-directed sequel’s release. What Netflix won’t have money-wise in its release of Glass Onion are robust home entertainment downstream revenues in global home entertainment, global free and pay television. Financial analysts tell Deadline that those ancillaries alone, including streaming revs, are expected to bring Strange World alone close to $90M, and that’s off a global B.O. failure of $85M WW and combined production and worldwide marketing costs of $274M.

Monies not even counted in Deadline’s P&L of Strange World is the pic’s merchandising and the actual cost that Disney is paying itself to license pic on Disney+. Yes, a big miss for Disney for an original animation title. But it’s the best worst-case scenario, financial-wise, for the film.

Furthermore, the uber success of the Disney theatrical slate in Doctor Strange in the Multiverse of Madness, Black Panther: Wakanda Forever and Avatar: The Way of Water will more than make up for this animation shortfall which has happened from time to time in Disney history, including Home on the Range, Black Cauldron, and Treasure Planet, a 2002 Thanksgiving box office flop which opened to $16.5M U.S. 5-day, made $38.1M stateside and $109.5M WW.

Why didn’t Disney go theatrical then with Hocus Pocus 2 and Disenchanted? Like the late Andy Rooney, I receive mail and had a missive from a rival studio executive who wagged a finger at me for attacking Universal’s theatrical day-and-date decision on Halloween Ends (which made $64M stateside and opened far below projections) and celebrating the record-eyeball straight to streaming success of Hocus Pocus 2, which could have possibly provided plenty of dollars to exhibition during an autumn when they were starving. Point well taken, and at the end of the day, theatrical day-and-date and straight to streaming on potential blockbusters is a money-losing, window-collapsing affair, period.

I heard that in regards to Hocus Pocus 2 that the film was always intended for Disney+, budget and talent compensation-wise. Walt Disney Studios Motion Picture Production, Sean Bailey, held a test screening, and the movie tested through the roof. However, there was nothing that could be done even in regards to a dynamic form of theatrical distribution, given the decision made by Daniel. Furthermore, contracts for talent would have to be reversed for a theatrical release, and that was a road the studio didn’t want to go down. Realize when Hocus Pocus 2 was greenlit during the pandemic, the return of female-skewing family moviegoers remained in question, per several tracking studies. 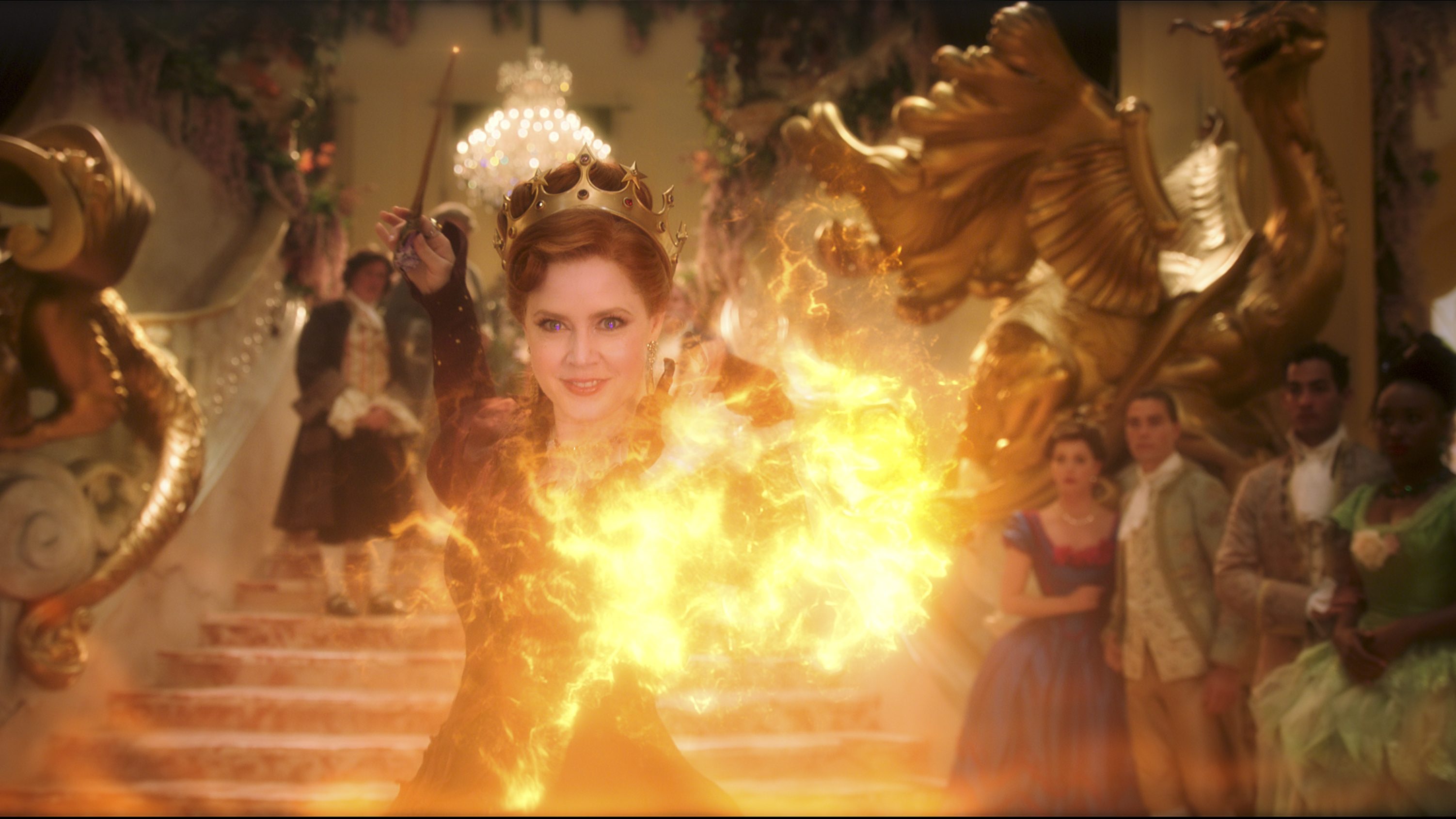 Disenchanted was intended to go theatrical. But because of the pandemic, it went straight to streaming. The ultimate audience temperature on the Amy Adams sequel (56%) and even Hocus Pocus 2 (51%) indicated that, particularly in regards to their lower-than-tentpole budget, Disney took the right road. Perhaps next time, under the newly reformed distribution-creative restructuring, Hocus Pocus 3 and Enchanted 3 go theatrical, just like High School Musical 3 did, that segue from TV to big screen release grossing close to $253M WW off an $11M production cost.

During the Iger era, one former Disney executive told me that the studio had a history of making the best worst decisions when it comes to the ultimate fate of a movie. Let’s hope that returns distribution-wise in the new Iger era.

‘Strange World’ To Lose $147M: Why Theatrical Was Best Road For Toon