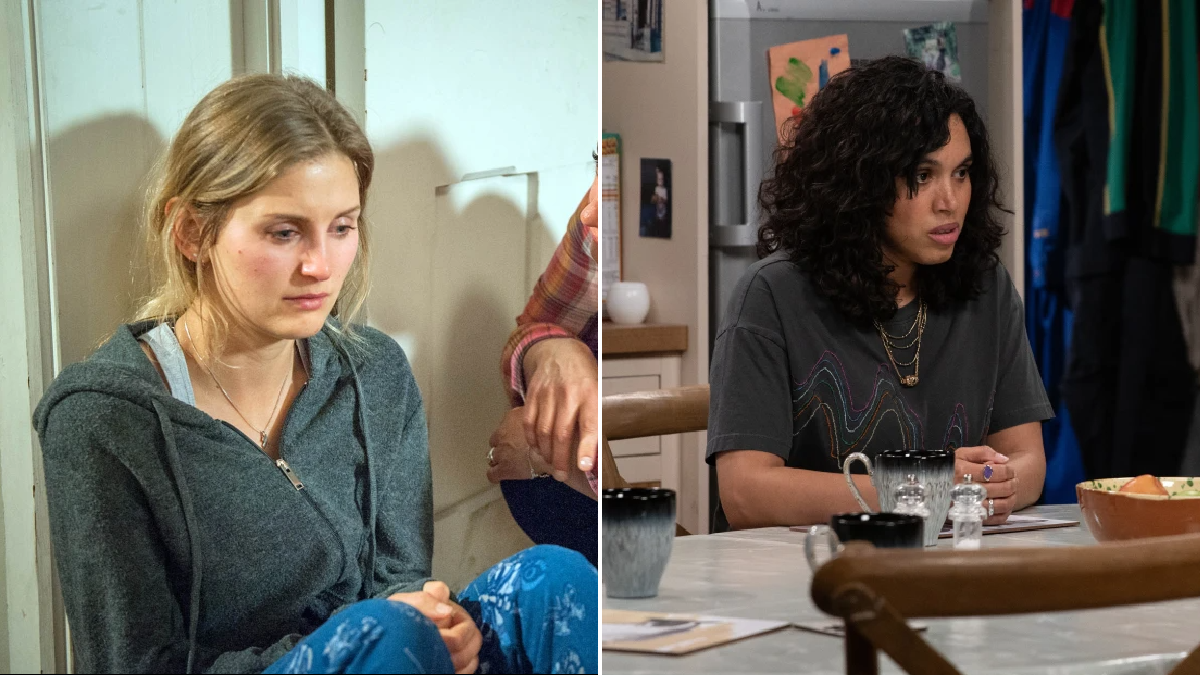 Could newcomer Suzy Merton (Martelle Edinborough) have been involved in an Emmerdale death six years ago?

As we find out more about Suzy in upcoming episodes it seems that she shared a connection with Holly (Sophie Powles), the daughter of Moira Barton (Natalie J. Robb). Holly died of a heroin overdose in shocking and tragic scenes in 2016.

Suzy’s link to Holly is revealed in upcoming episodes when she pitches an idea to Moira about using her barns to host weddings. Moira is keen on the idea, but her attitude shifts suddenly when Suzy suggests that the field by the barns could also be part of the wedding venue.

Suzy can’t understand Moira’s strange reaction, but Leyla (Roxy Shahidi) indicates a photo of Holly by way of explanation – and Suzy is visibly shaken as she recognises the woman in the picture.

Later Leyla finds Suzy looking at an online remembrance page for Holly and questions her. Reluctantly, Suzy has to admit that she knew Holly – and Leyla is overwhelmed by her confession.

We know that Suzy and Leyla have both been taking drugs together for some time. Could Suzy’s drug use have something to do with the overdose that killed Holly?