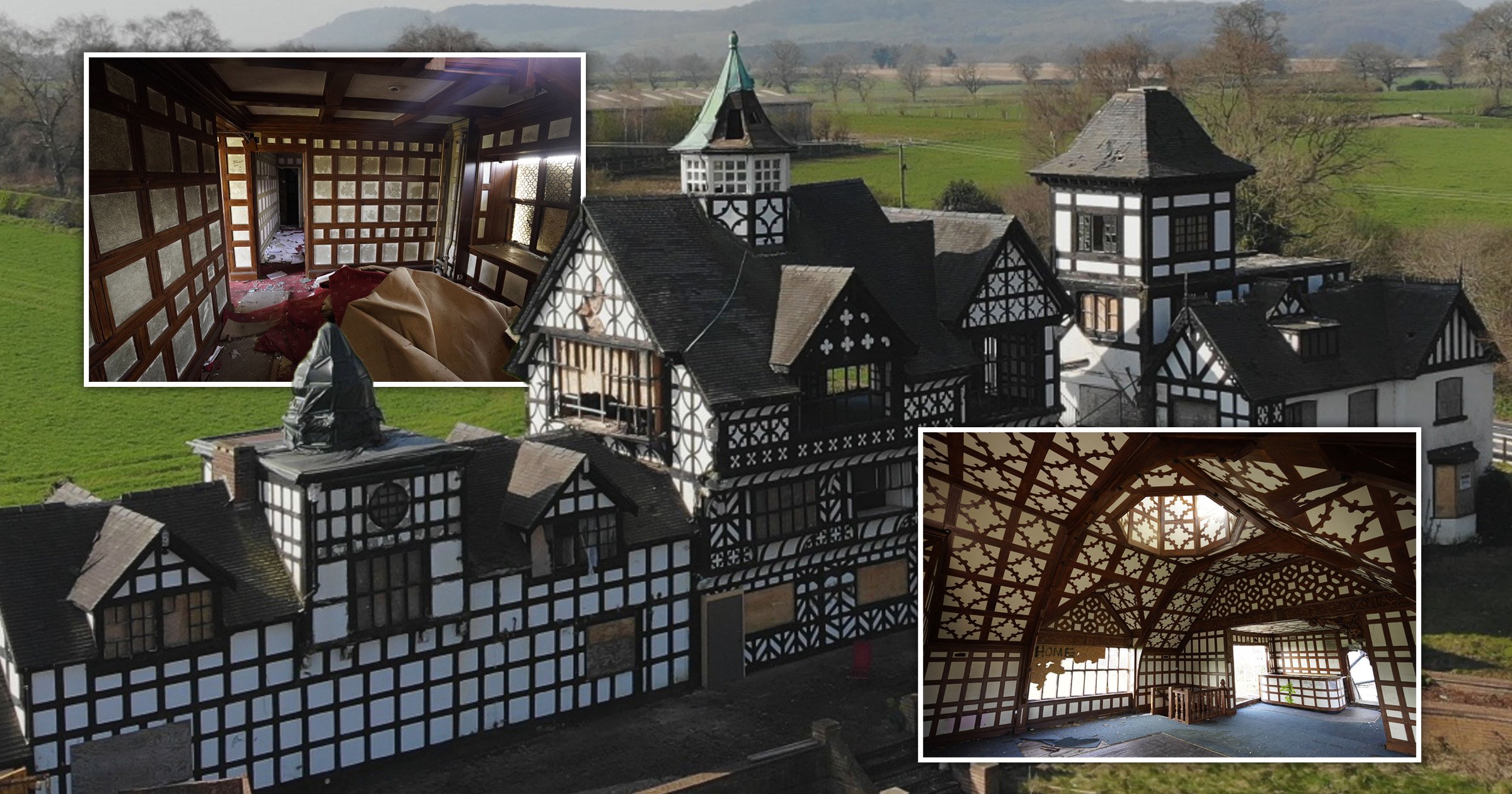 An urban explorer has documented the inside of a 19th century Cheshire hotel that’s due to be torn down to the ground.

Ben, who shares his finds on YouTube, took pictures and video of the hotel earlier this month.

The building isn’t long for this world, as it’s down to be demolished due to vandalism.

Ben said: ‘After seeing there was planning permission to demolish such a unique one-off building, we wanted to document some of the design and woodcraft before it is lost forever.’

The property has been standing empty for years, was first a country house, then a private school and subsequently a restaurant before being turned into a hotel that shut for good in 2017.

‘My favourite part of the exploration was looking in detail at all the 19th-century carvings of gargoyles and other mythical creatures which are carved throughout the old country house,’ said Ben.

‘They are amazingly detailed and unique as they were all hand-carved.

‘The building was originally built for a timber merchant in 1886 and built as a mock Tudor building with extravagant carvings throughout the structure.

‘Most still remain today even though the building has been vandalized to the point of no return.

‘The country house was then made into a private school.

‘Further down the line, it became a restaurant before finally becoming a hotel which closed its doors in 2017.

‘The destruction from vandalism is disgusting and there is no way the building can recover from the damage.

‘Hopefully, some of the carvings can still be saved and placed in a museum as they are one of a kind.’