MACKENZIE McKee has revealed her son Broncs was born with three holes in his heart and spent one month in hospital.

The Teen Mom OG star, 26, opened up about her five-year-old's devastating health issues after being slammed for "babying" him. 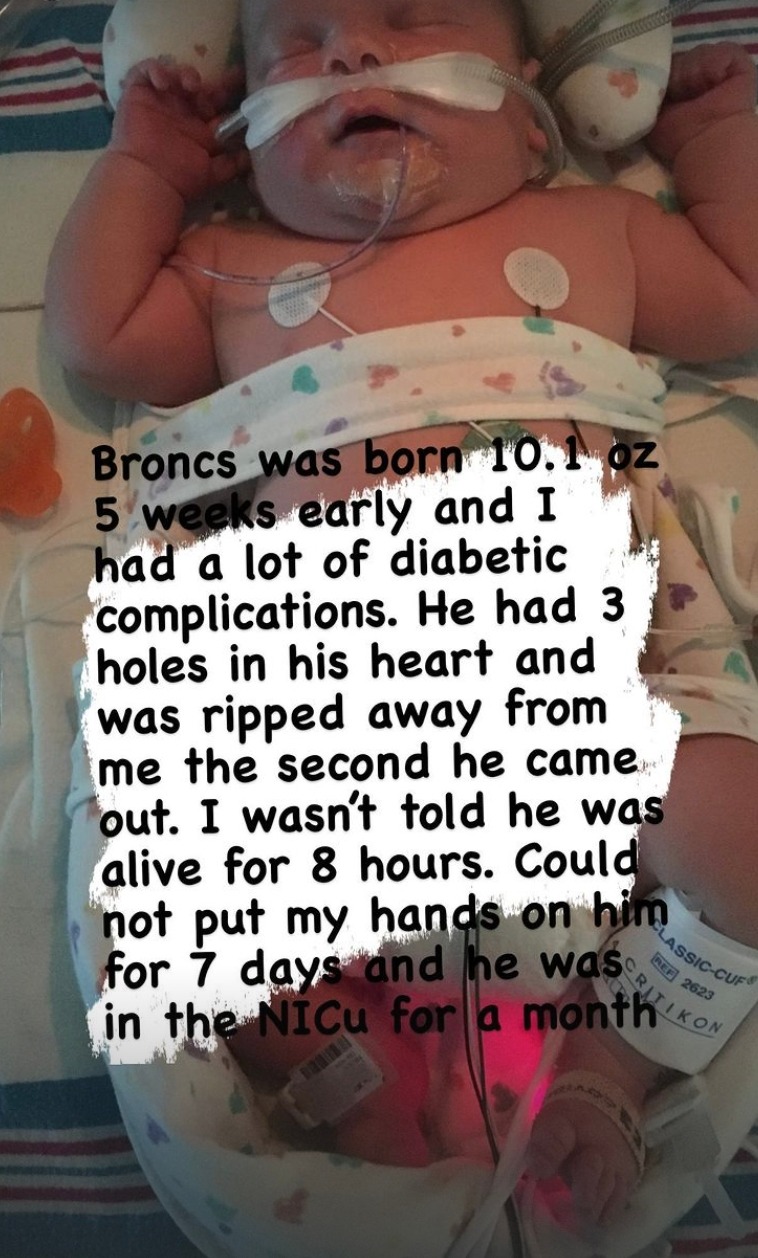 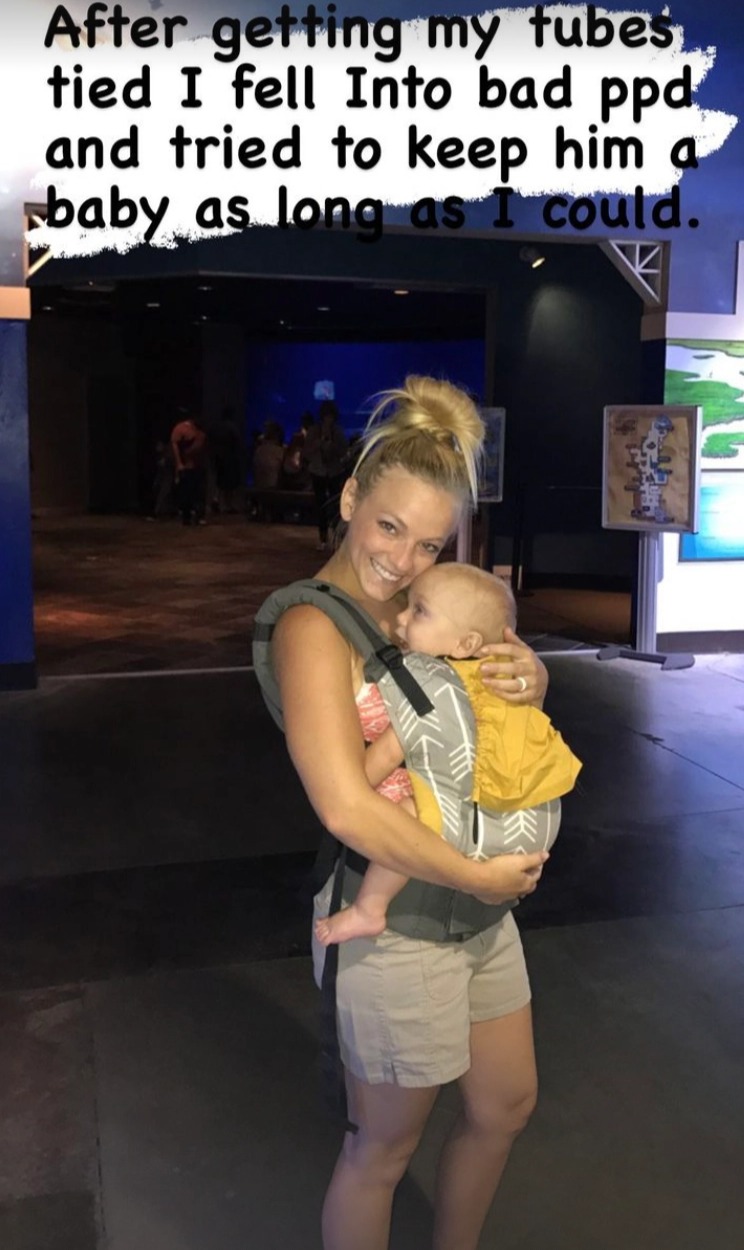 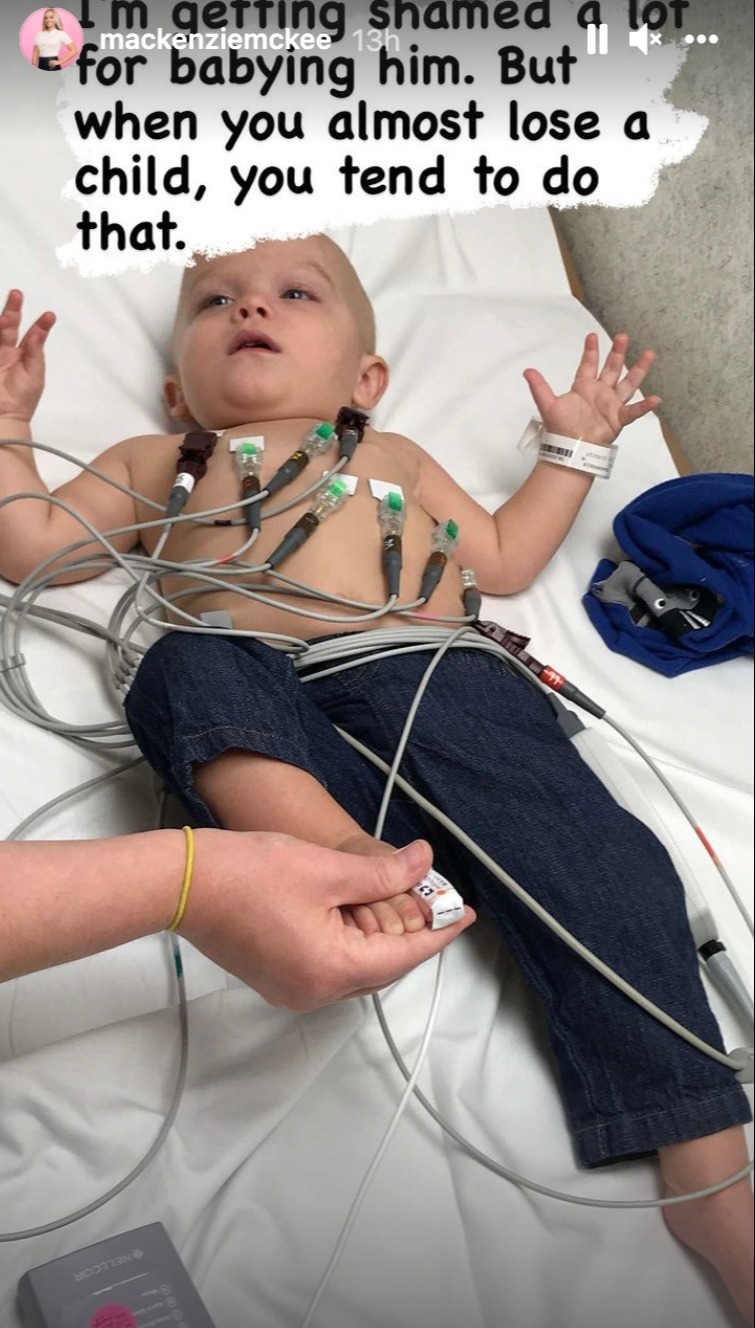 Mackenzie wrote on her Instagram Stories: "Please stop self-diagnosing him and telling me what my son has and trust that I as his mother take him to doctors, specialists etc.

"And please stop teeth-shaming. We visit our dentist regularly and brush our teeth routinely."

The reality star – who shares Broncs, daughter Jaxie, seven, and son Gannon, 10, with husband Josh – then went into detail about Broncs' complicated birth.

Sharing a photo of him as a newborn lying in hospital with tubes in his chest, she wrote: "Broncs was born 10.1oz, five weeks earlier and I had a lot of diabetic complications.

"He had three holes in his heart and was ripped away from me the second he came out.

"I wasn't told he was alive for eight hours. Could not put my hands on hands on him for seven days and he was in the NICU for a month.

"When he finally got to come home, we were told the heart medication could possibly mess with his baby teeth and they were right."

Mackenzie added that he was checked for dwarfism for the first two years of his life because his legs were much smaller than his head.

She said Broncs couldn't stand or walk for 18 months and they did "lots of therapy" to get him moving.

He also went to speech therapy and struggled to hear out of one ear.

The MTV star said: "I'm getting shamed a lot for babying him. But when you almost lose a child, you tend to do that.

"He literally never left my side. No daycare or nothing.

"So if you all expected him to process this and go to school being a perfect child… come on."

She added that Broncs has made a lot of progress in school and his teachers often call him a "good, gentle kid" in class.

Mackenzie's posts come after she faced months of backlash over Broncs' appearance and his behavior.

Last summer, cruel trolls claimed the youngster looked like he had "rotten teeth" and "possibly cancer".

Earlier this year, he was branded a "bad kid" for biting his teacher in school and pooping on the floor of her garage.

During an Teen Mom OG episode in April, Mackenzie explained that Broncs was missing his dad Josh while he was in Oklahoma.

"Broncs is having some behavior issues. He bit his teacher and drew blood, and I can't get a hold of Josh to talk to him about it. He went to work. He went on a hunting trip," she said.

Mackenzie added that she doesn't understand why her "sweet Broncs" is having such challenges. 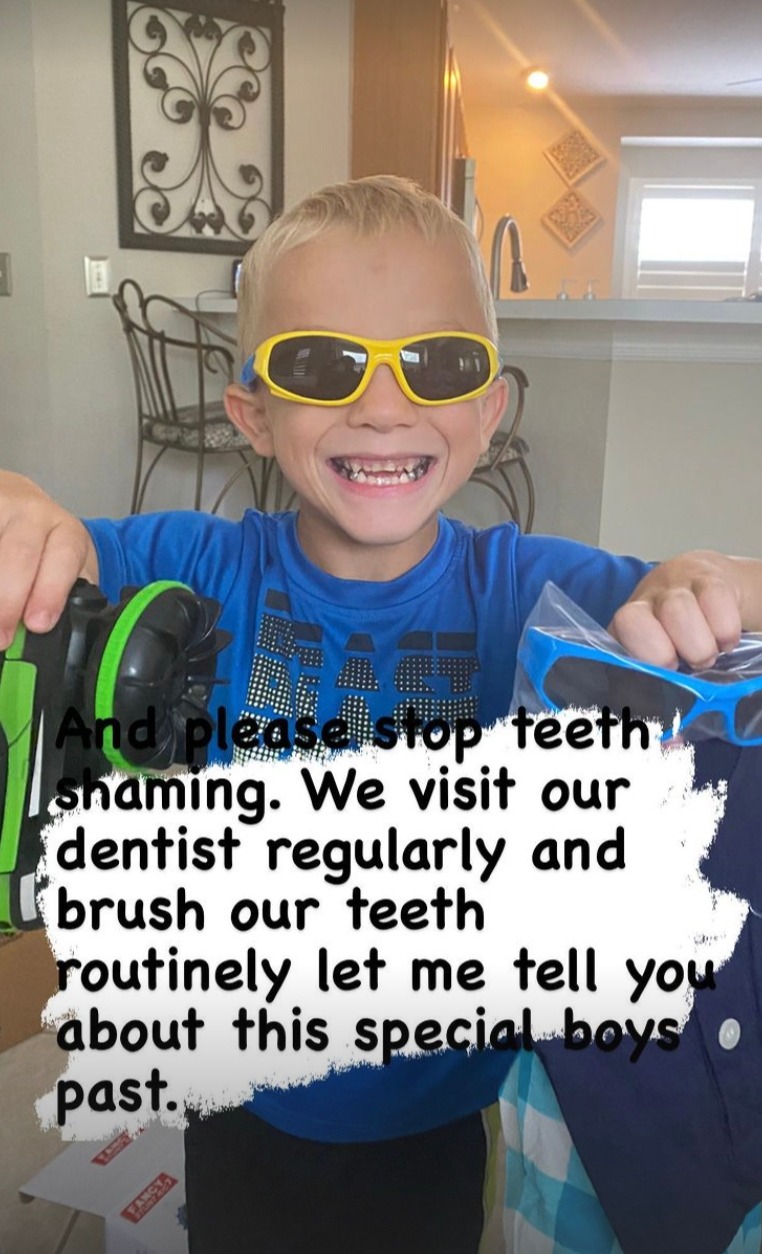 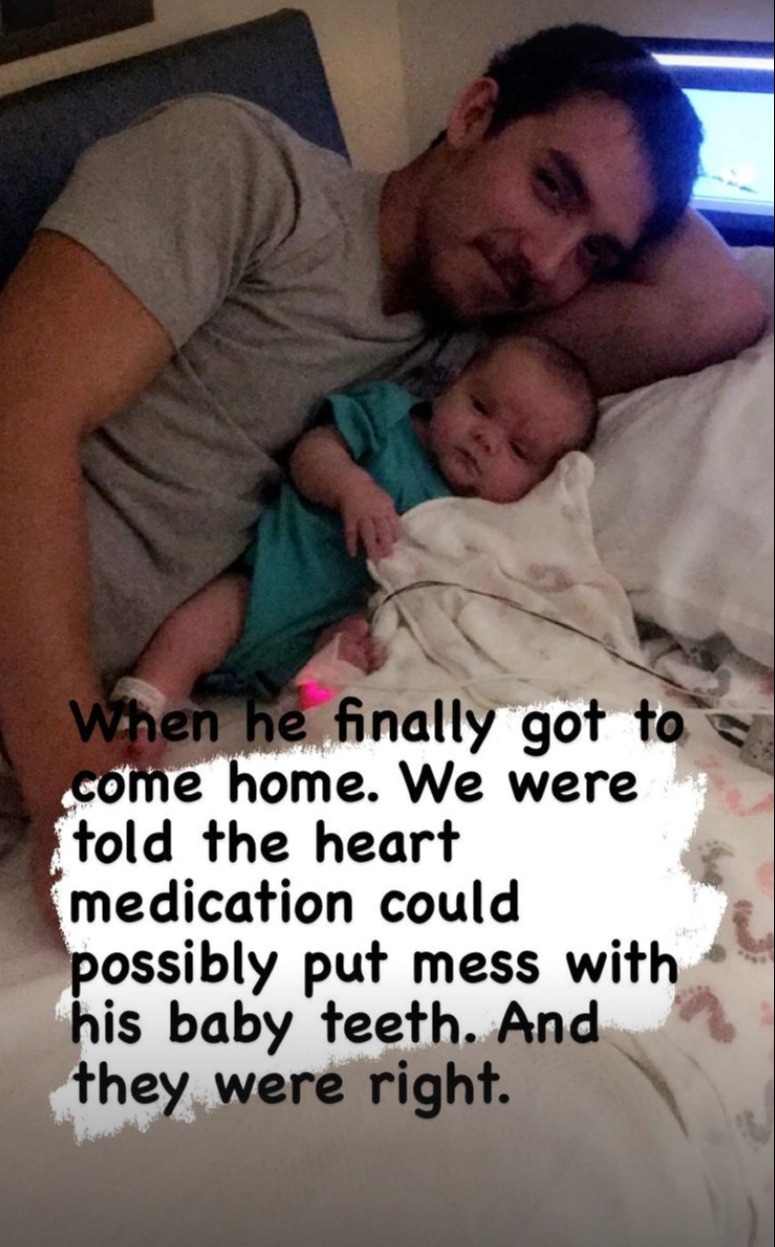 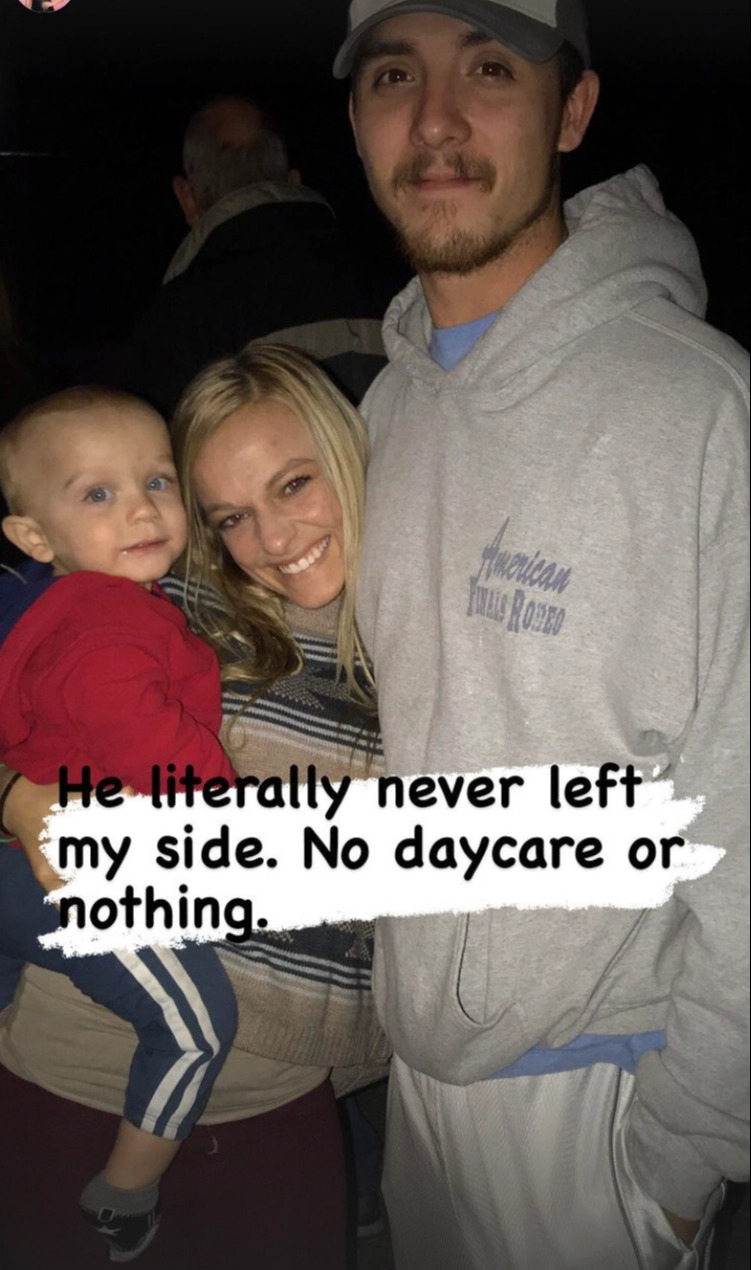