Laura Kuenssberg has defended her approach to interviewing politicians during an appearance on BBC Breakfast’s Newswatch. The political journalist has been presenting her self-titled show on the BBC for only a month and has already attracted much criticism, but the presenter has hit back at viewer’s criticism.

Stand-in host Shaun Ley asked the BBC journalist: “Barely a month in and you’ve had three former prime ministers, let me ask you the perennial question:

“Why interrupt your guests? Our contributors say they want to hear more from them and less from you.”

The host of Sunday with Laura Kuenssberg joked: “Are you going to interrupt me?”

She explained: “Here’s the thing, we’ve made the decision to make our big interviews in most cases a bit longer. 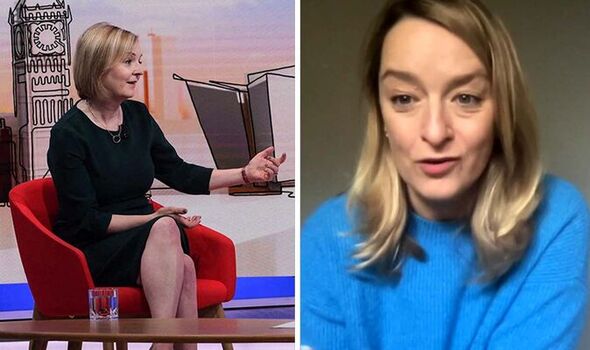 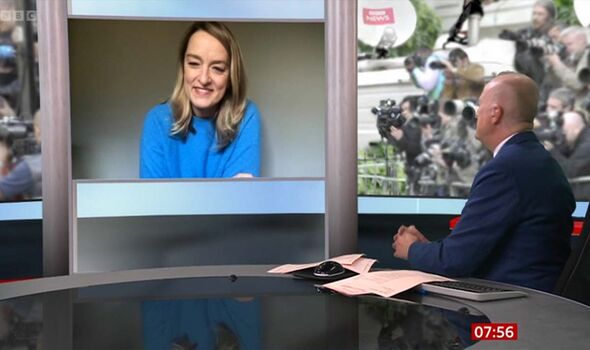 “To answer that direct point, we are trying deliberately in terms of our duration to give the politicians a bit longer to make their arguments.”

Laura continued: “When a politician is trying to avoid answering a question or when they are not answering it directly, it’s not the job to sit there and let them keep on doing that repeatedly.”

“Part of the job as a political interviewer is to try to hold the politician to the question that you’ve asked them.

“But, sometimes in order to try to get politicians to stay on the topic and get them to answer the question – then I’m afraid, although I am a very polite person – you do need to interrupt them.” 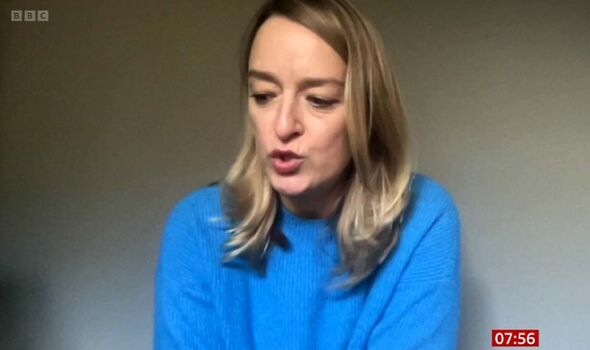 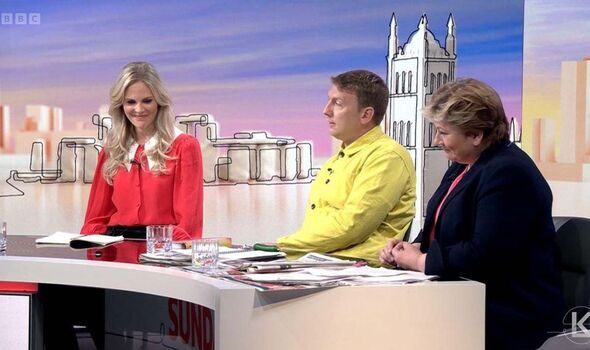 Laura’s show invites politicians as well as other celebrities in the spotlight, to offer their insight into the week’s topics.

The show hit the headlines on its launch date in September with the inclusion of comedian Joe Lycett.

Joe used his spot on the panel to critique Liz Truss, who was a guest on the political show at the climax of her Conservative leadership debate with Rishi Sunak.

After sarcastically clapping at the end of her interview, he remarked: “The haters will say that we’ve had 12 years of the Tories and we’re at the dregs of what they’ve got available and that Liz Truss is the backwash of the available MPs.”

“But I wouldn’t say that, because I’m very right-wing,” Joe quipped.

During the controversial appearance, Laura tried to steer the comedian away from being too funny, saying: “This is a serious point, Joe.”

His appearance divided viewers, while some lamented the comedian’s appearance, others applauded the mix-up of political programming style.

After his appearance, some called for the BBC to apologise for the booking as they felt the impartiality of the show was breached and speculated on the fallout between Laura and Joe.

However, speaking on Jeremy Vine on 5, Joe revealed: “I spoke to Laura afterwards and she said she would like to have me back.”

When asked if he had said sorry for his antics, he explained: “I don’t think any apology was necessary, I think we’re on good terms.

He added: “Which seems to suggest what Liz Truss is saying is ridiculous.”