Prince Charles star Josh O’Connor, 30, made his debut as a young incarnation of the heir to the throne in the previous instalment of The Crown. This documented the Prince of Wales’ friendship with Camilla Parker Bowles (played by Emerald Fennell) before he eventually marries Princess Diana (Emma Corrin) in the upcoming season four, which will begin streaming on Netflix next month. The next 10 episodes will follow the royals through the time period of 1977 to around 1990, which incorporates the married couple’s 1983 Australian Tour. However, the up and coming actor of the drama revealed in a recent interview one of his co-star’s had to be cut from one rather significant scene.

To capture the atmosphere of the crowds waiting to get a glimpse of the young royal couple, producers drafted in extras to bulk up the scene.

Unfortunately, one member of the supporting cast got a little carried away and as a result, made up a line which shouldn’t have been captured on film.

Josh recalled how his character addressed the people of Diana’s delayed arrival, explaining he said: “She’s busy working, I’m afraid. You’ll just have to put up with me.”

The actor then detailed to Town and Country how one of the extra members of the cast then shouted from the crowd: “But you’re rubbish.”

Although the comical moment was said in the midst of filming, it is believed the remark won’t be made audible in the finished cut. 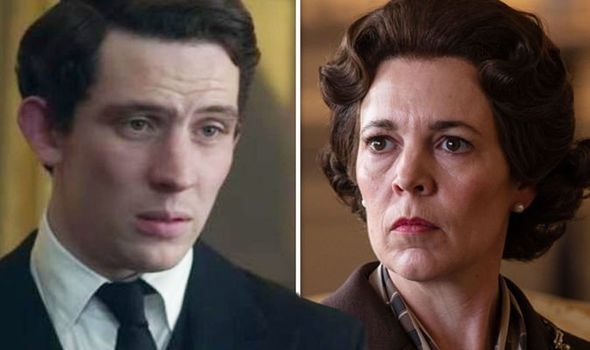 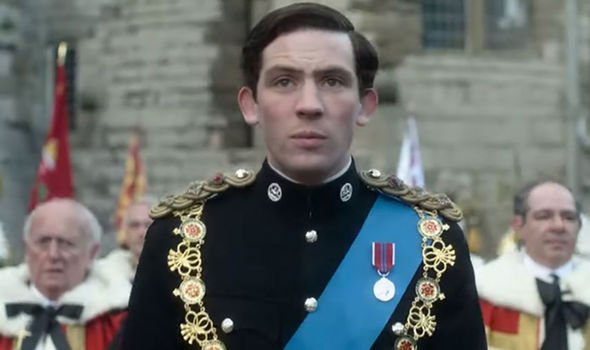 It seems The Crown star was eager to get to grips with his character’s marriage to Diana and how the relationship would be dramatised for the small-screen.

Josh explained of his stance to the real-life storyline: “The Diana stuff has been thrilling to play. For me, that’s the juicy stuff.”

Creator Peter Morgan also told Esquire how the show will explore the relationship between the young royals and how they went on to make their own little family.

“Charles and Diana’s marriage, it was three Brexits and three COVIDs wrapped into one, wasn’t it?” he began. 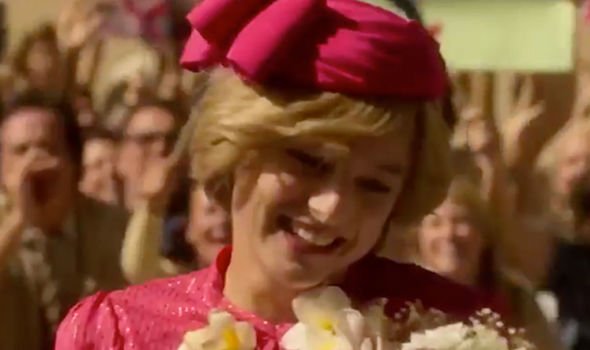 You’ll just have to put up with me

“Everybody is defined in some shape or form in terms of their reaction to the events that [the Royal Family] inflicted upon us,” Peter continued.

“And at the heart of all that was this marriage. I think what’s so sad about it is they were such a dream team. It could have been so fantastic.”

Actress Emma, 24, will be making her debut as the young Diana in season four and has previously spoken out about her opinions on the mother-of-two.

Although The Crown star admits she “loved young Diana,” she has also stated she thought the Princess of Wales had “awful style.”

Emma explained: “That second time she meets Charles when she’s in those yellow dungarees, I just wanted to cry.

“I was like, ‘are you joking?’ Awful. And those sweater vests. It really shows that fashion is something that grows with you.

“I’ve certainly found that. If I look back at pictures of me when I was younger, oh my god. Nightmare!” she told Entertainment Weekly.

With just a few short weeks until season four begins streaming on Netflix, it seems fans are waiting with bated breath to see the young royals take the spotlight.

Taking to Twitter, one viewer wrote: “About to finish season three of #TheCrown in preparation for season four which I am so excited for! The Diana storyline is going to be fascinating to watch.”

Another posted on the social media platform: “Wow! most awaiting season of #TheCrown is coming on Nov 15th. Loved the actress who’s gonna play Lady Diana.”

Unfortunately, Emma will only be playing Princess Diana for one season as she will be replaced by another actress for season five.

The Great Gatsby star Elizabeth Debicki, 30, will be taking on the role of the iconic royal to play out the concluding chapters of the Princess’ life.

The Crown season four will be available to stream on Netflix from November 15, 2020.