As The Handmaid’s Tale season three saw Serena Joy (played by Yvonne Strahovski) grow closer to Mark Tuello, viewers were shocked at how things ended between the two. However, Mark star Sam Jaeger has since spoken out about why his character fell for Serena.

After Serena betrayed her husband Fred Waterford by luring him to Canada Serena learnt her own fate.

However, before that, many fans felt the pair were on the verge of falling in love.

After Serena was detained, Mark informs her that she is charged with sexual slavery and rape.

She tries to protest that Nick’s relationship with June was consensual but Mark never believed her. 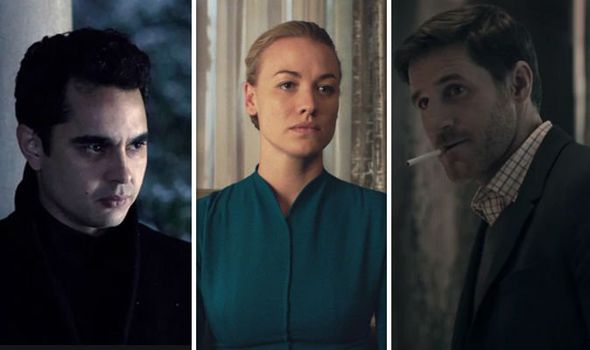 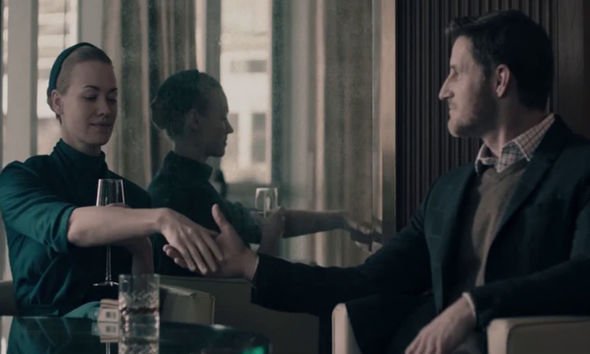 Will this change before the trial, and see the pair come together again?

In a recent interview with abookof.us, Sam confirmed his character Mark will be returning for season four.

He said: “He will be. To what extent, I don’t know. It’s nice to be one of the few good guys on the Handmaid’s Tale and I mean guys, specifically, since there’s very few of them.

“It is such a dark show as well and it was nice to provide that balance in it.” 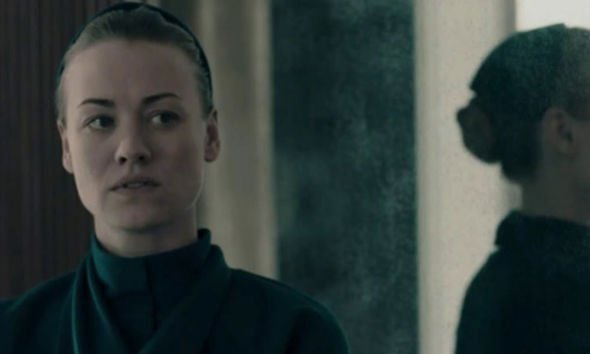 “I think people were really hoping for it and wanted it out of that show.

“You can only carry them (the audience) along in a journey that dark for so long. You need to provide them with some levity.

“And I’m glad the writers found a way to create that at the end of the third season. I’m interested to see him continue.”

The actor revealed that he avoided watching the early episodes where Serena was cruel in order to get the same rosy perception as Mark does in the series.

He continued: “Also, that was an interesting role to do as well. I purposely only watched Handmaid episodes that involved Serena’s backstory.

“I felt like he fell for her in a very sincere way because he hasn’t seen what we’ve seen as an audience in the Handmaid’s Tale.

“I’m even surprised when people are like ‘I’m so glad to see you really stick it to the water for this woman. And I was like yeah, yeah, it’s mostly him.”

Meanwhile, one reddit user has shared a theory speculating the new season will bring out a whole new side of Serena.

Reddit user CapriciousSalmon speculated: “With the trial likely unearthing a lot of evidence about Serena’s past it would be nice to see how Serena grew to become a fundamentalist who helped write laws saying women who read or write would get their hands cut off.”

The user went on to map out a few major theories about Serena’s backstory.

They added: “Serena was just always a fundamentalist who wanted to be a mom. Kind of like Eden.

“Serena grew up in a fundamentalist house but once she got older she began to question and drift away from these ideals.

“Then something traumatic happened or she met Fred and then began to follow these ideals once again.”