The Masked Singer: Grandfather Clock sings Rock Around The Clock

Grandfather Clock was one of six contestants who took part in the second episode of The Masked Singer last weekend, performing Rock Around The Clock by Bill Haley and His Comets. Luckily, the contestant managed to avoid being exposed by the panel, meaning viewers were left wondering who could be taking part in the world’s biggest game of Guess Who? With several clues given to help ITV viewers with their theories about which celebrity is showcasing their secret vocal talents, some are convinced former Coronation Street star Bradley Walsh, 60, might be participating.

During their clue package, Grandfather Clock said: “It’s a funny thing, time. You don’t tend to think about it until it’s running out.”

Fans of Bradley will know his role hosting The Chase sees him asking contestants questions at speed to try and wrack up some cash before the clock runs out.

It could be this is what the comment is alluding to and the secret celebrity continued to say: “When you’re chasing time you learn to make every minute count.

“Who knows when you might need extra time?” they added, possibly referring to the fact they are a professional footballer.

The game show presenter’s career started off on the pitch and he often takes part in the Soccer Aid campaign. 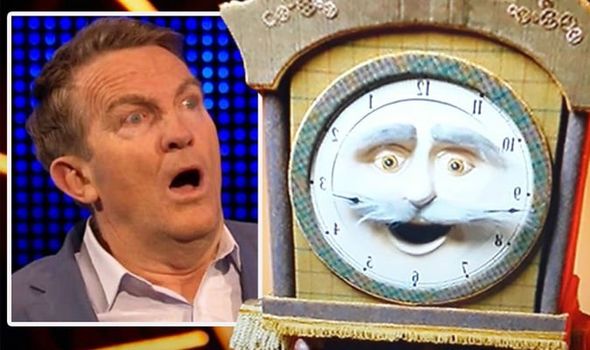 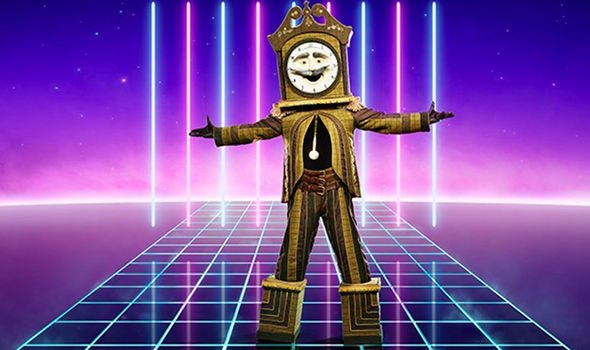 The clues package continued to reveal hints about Grandfather Clock, including the fact they spent time looking after a “grand estate”.

They also alluded to the fact they are “young at heart” and have a passion for playing golf as well as football.

Some of the puzzle pieces are things the public might not necessarily know about the contestant but could it be fans have cracked the case with guessing Bradley?

One wrote on Twitter: “Not that I participate in such a thing, but the Grandfather Clock is definitely Bradley Walsh #maskedsinger.” 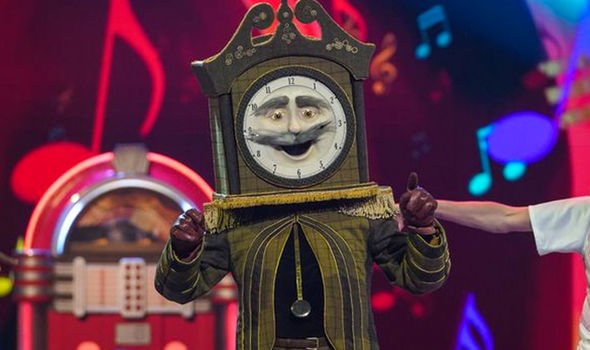 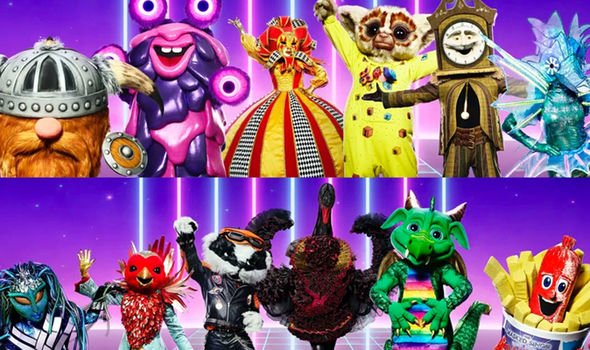 Another added: “I reckon Grandfather Clock is Bradley Walsh, based on his mannerisms and accent. I think I just want someone to be Bradley Walsh.”

Whilst a seventh remarked: “Putting in my guess now for Grandfather Clock being Bradley Walsh! He talked about chasing time (The Chase, obviously) plus he used to play football. He also most recently played a grandfather in Doctor Who #TheMaskedSingerUK.”

With Grandfather Clock beating Seahorse for a place in the next round of the competition, it seems it could be some time yet before viewers discover the character’s identity.

Some of the judges guesses saw the likes of professional goalkeeper David Seaman, 57, and Hollywood actor Vinnie Jones’, 55, names were thrown into the hat.

Unfortunately, it was Seahorse who was voted off the competition and their identity was exposed to be that of former Spice Girl Mel B, 45.

It comes just a week after Alien was revealed to be singer and former Strictly Come Dancing contestant Sophie Ellis-Bextor, 41.

Speaking about her time on the show and why she took part, Mel said: “In a time when there is an awful lot to be worried about, it’s even more important to lift people’s spirits with a show that is just fun, crazy, over the top and completely bonkers so it felt like something I should do.

“Plus, I wanted to challenge myself to see if I could actually disguise my singing voice which people have known for 25 years.

“I lived in America for 15 years and never lost my Yorkshire accent so I wondered how hard it would be to come up with a way of singing where no-one would know it was me.”

Asked how she felt about leaving the show, the former X Factor judge opined: “Gutting, hilarious and shocking. I’d only just started!”

The Masked Singer continues Saturday at 7pm on ITV.