The Masked Singer has entertained FOX fans for quite some time already, this season, and it looks like things are about to begin wrapping up. With the episodes all pre-recorded, viewers are eager to find out who has been eliminated, and indeed who was behind the mask. However, the latest episode of the show left viewers a little baffled as they saw Night Angel go through a bit of a rough patch with her costume.

Night Angel has been top of the leaderboards since her appearance on the show earlier this year.

However talented she is, fans have not been able to successfully figure out who is behind the mask.

During Night Angel’s most recent performance on the show, the creature performed “Last Dance” by Donna Summer.

While the performance itself blew fans and judges away, viewers noted an unexpected glimpse of the character’s identity. 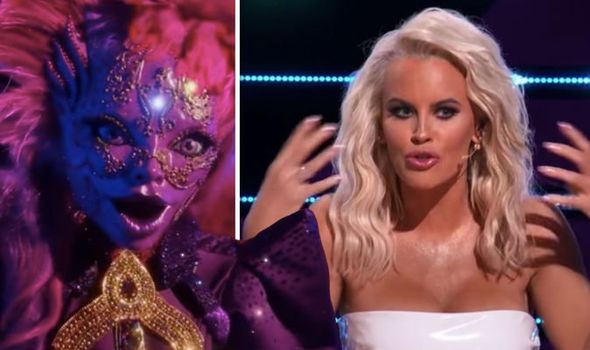 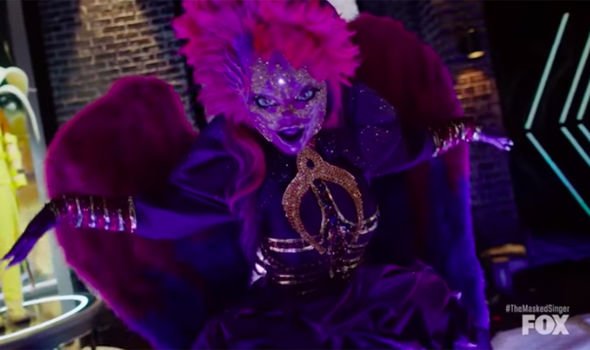 As Night Angel sang her heart out to stay in the competition, viewers noticed the singer’s teeth could be seen through the bulky mask.

Posting about this mishap on Reddit, one fan showed off a screenshot of the event.

Other viewers instantly began rallying around the photo and pointed out how odd this image looked. 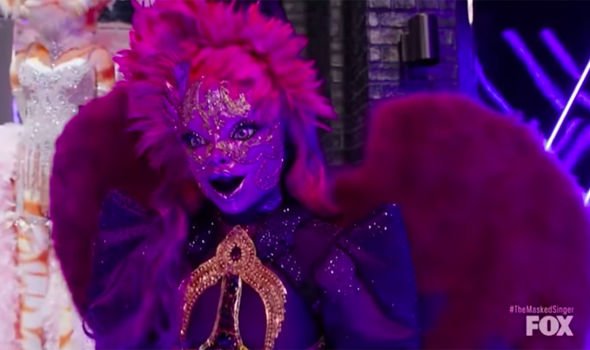 One wrote: “It’s a mix of the clockwork monsters and angels from Dr Who. Don’t look away!”

Another joked: “Yeah there have been a couple of times now where Night Angel’s mask has straight up creeped me the f**k out.”

A third chimed in to add: “And all this time I thought there was black cloth behind the mouth.”

Thankfully, this mishap didn’t dissever the judges or put Night Angel at risk of being sent home prematurely, as it was Kitty who was in fact sent home instead.

Meanwhile, fans of the show have also been suggesting judge Jenny McCarthy has inadvertently announced who won the competition early.

During a recent episode, guest just Gordon Ramsay predicted Kitty as the winner of the show.

To which, Jenny replied: “No one has predicted that other than you, so stay tuned to see if you’re right.”

Viewers then instantly began speculating over whether her predictions were going to be accurate.

One Reddit user suggested: “She predicted Turtle, Frog and Night Angel would go or something like that.

“The way she talked about Rhino I think he will make it to Top four and that would be it.

“Which means Kitty is out next week because of the way Jenny reacted to Gordon Ramsay saying she would win.”

The Masked Singer continues on Fox every Wednesday.