Hollywood actor and former Brat Pack star Emilio Estevez makes his glorious return as hockey coach Gordon Bombay in the nostalgic Mighty Ducks reboot for Disney+. Some of the original cast of the first three films were able to talk to Express.co.uk about their touching comeback to the series in episode six.

The cast of The Mighty Ducks has opened up about reconnecting with Emilio Estevez over 20 years after the original trilogy came to an end.

Disney+ have revamped the classic franchise for a new generation with its new ten-part miniseries, The Mighty Ducks: Game Changers.

Based on the 1992 original film and its two sequels, the new show finds Gordon Bombay (Emilio Estevez) drawn back into the world of junior hockey.

He teams with single mother Alex Morrow (Lauren German) to form their own squad named the Don’t Bothers when they realise the now infamous Mighty Ducks have taken the game a step too far. 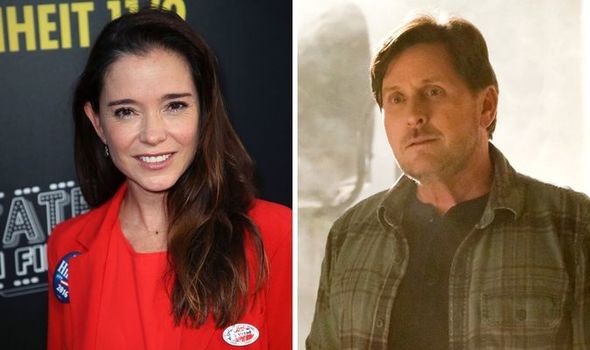 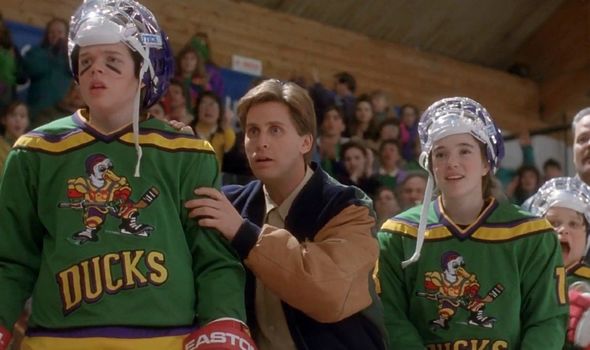 In episode six, ‘Spirit of the Ducks’, Bombay gets a shock when he runs into one of the original players, Fulton Reed (Elden Henson).

Fulton invites him along to the Spirit of the Ducks gala to celebrate the team’s 25th anniversary, and meets up with some more familiar faces along the way.

Actress Marguerite Moreau reprises her role as Connie from the original films, and revealed she was somewhat apprehensive about getting back in touch with Emilio Estevez.

She admitted: “I think I was more nervous around him than you guys were, maybe because as a girl and he was an older man I was like, ‘I don’t understand what’s over there!’” 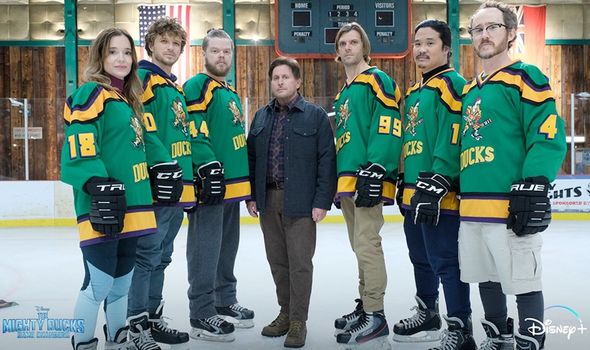 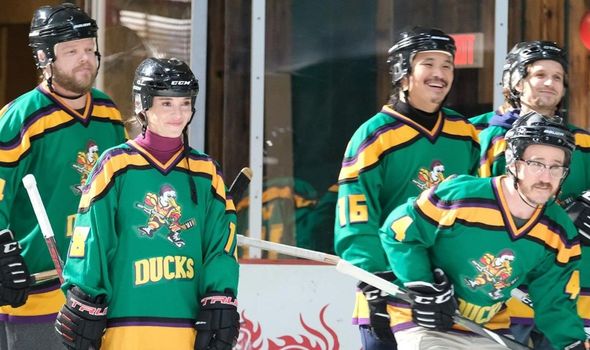 Thankfully, the cast immediately got along with their former mentor, and recalled having an amazing time on set despite the coronavirus restrictions in place at the time of shooting.

Moreau continued: “To meet him as an adult was so much easier.

“It felt like I could have a lot more fun actually connecting with the other characters in a more complex way.”

Their heartfelt reunion was just as much a highlight for fans of the original films as it was for the cast of The Mighty Ducks: Game Changers.

After learning he wasn’t originally invited to the gala, Bombay’s former hockey protégés stand up for his right to attend as one of the ‘best of the Ducks’.

Along with Henson and Moreau, the series also features cameos from Garrette Henson, Vincent A. LaRusso and Justin Wong.

The old team later join the Don’t Bothers for a scrimmage on the ice and pass on some of their skating know-how to the next generation of young players.

Moreau also recalled: “[It] included actually having real conversations with Emilio. I asked him, like, ‘Do we seem different now that we’re adults, is that tripping you out?’”

Guest star Elden Henson added: “I don’t think [our dynamic] changed at all. Emilio very much in real life was like Gordon Bombay was to Fulton.

“He had such a positive impact on my life, I still strive to be like him on set. It was great to be able to tell him that.”

Despite his reluctance at the start of the first season, the Don’t Bothers have eventually chipped away Gordon Bombay’s icy exterior and he has finally embraced his role as a junior hockey coach once again.

The Mighty Ducks: Game Changers continues Friday, May 7 on Disney+.