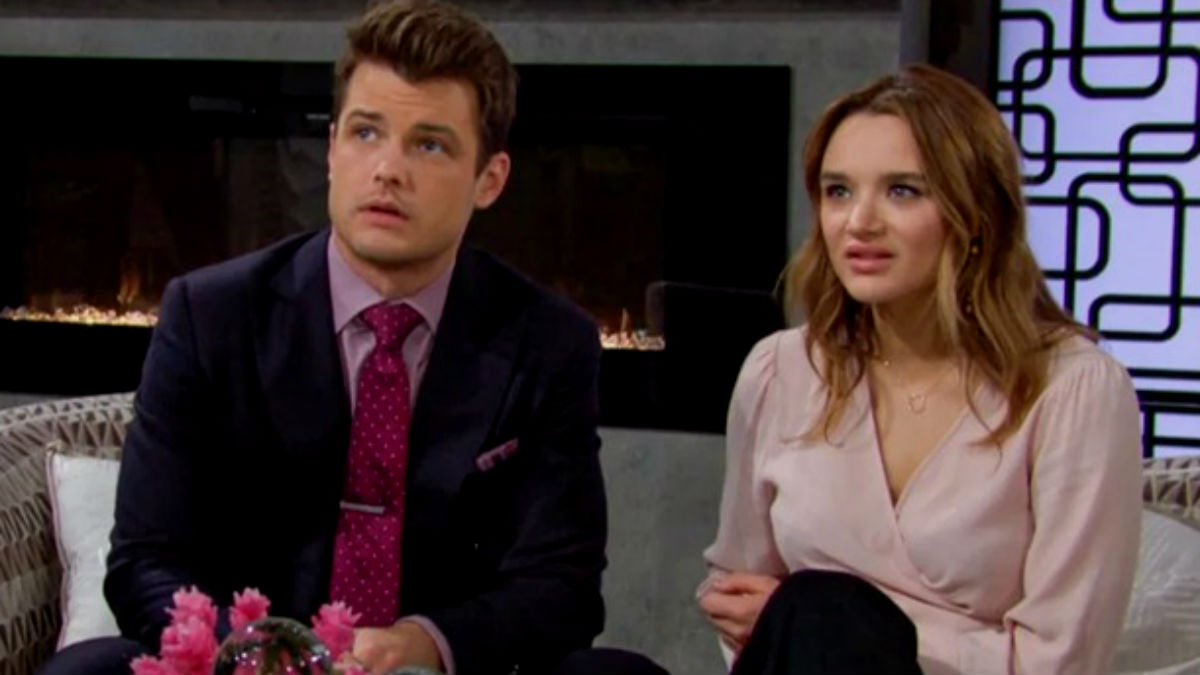 The Young and the Restless spoilers for upcoming episodes of the hit CBS daytime drama tease several Genoa City residents are in for a shock.

While the soap opera has been intense since it returned with new episodes in August, there are some good times and funny moments ahead. The Kansas secret has been front and center, but it is time to let some other stories shine.

Kyle (Michael Mealor) and Summer (Hunter King) have decided to take their relationship to the next level. They are excited to let Phyllis (Michelle Stafford) and Nick (Joshua Morrow) know they are moving in together.

However, Summer’s parents hilariously assume they know what Kyle and Summer’s big news is before either of them speaks. Phyllis blurts out, engaged again, while Nick speculates Summer is pregnant.

Summer ends the madness by telling her parents to slow their roll. After their exaggerated assumptions, learning Kyle and Summer are moving into together should be a relief for Nick and Phyllis.

The dynamic between Phyllis, Nick, Summer, and Kyle is golden. Hopefully, the soap opera will utilize the foursome more.

Sharon’s (Sharon Case) son has words with his uncle to get him to see the damage Adam is doing. Noah is worried Sharon is too focused on helping Adam instead of fighting her cancer. He reminds Adam that Sharon is fighting for her life, and beating cancer should be the only thing on Sharon’s mind.

Noah demands to know why Adam would want to distract Sharon from fighting to beat cancer. Will Noah’s lecture pull Adam out of his selfish mode or make Adam spiral further out of control?

Y&R spoilers show the fallout of remembering that he killed AJ Montalvo, has friends and family desperate to save Adam. So Noah’s lecture probably isn’t going to help Adam too much.

Yes, the connection between Amanda and Hilary will be revealed thanks to Nate.

It is a safe bet that Amanda is Hilary’s long-lost twin sister, but fans will have to tune into the CBS soap opera to find out if that is the case.

The Young and the Restless airs weekdays on CBS.