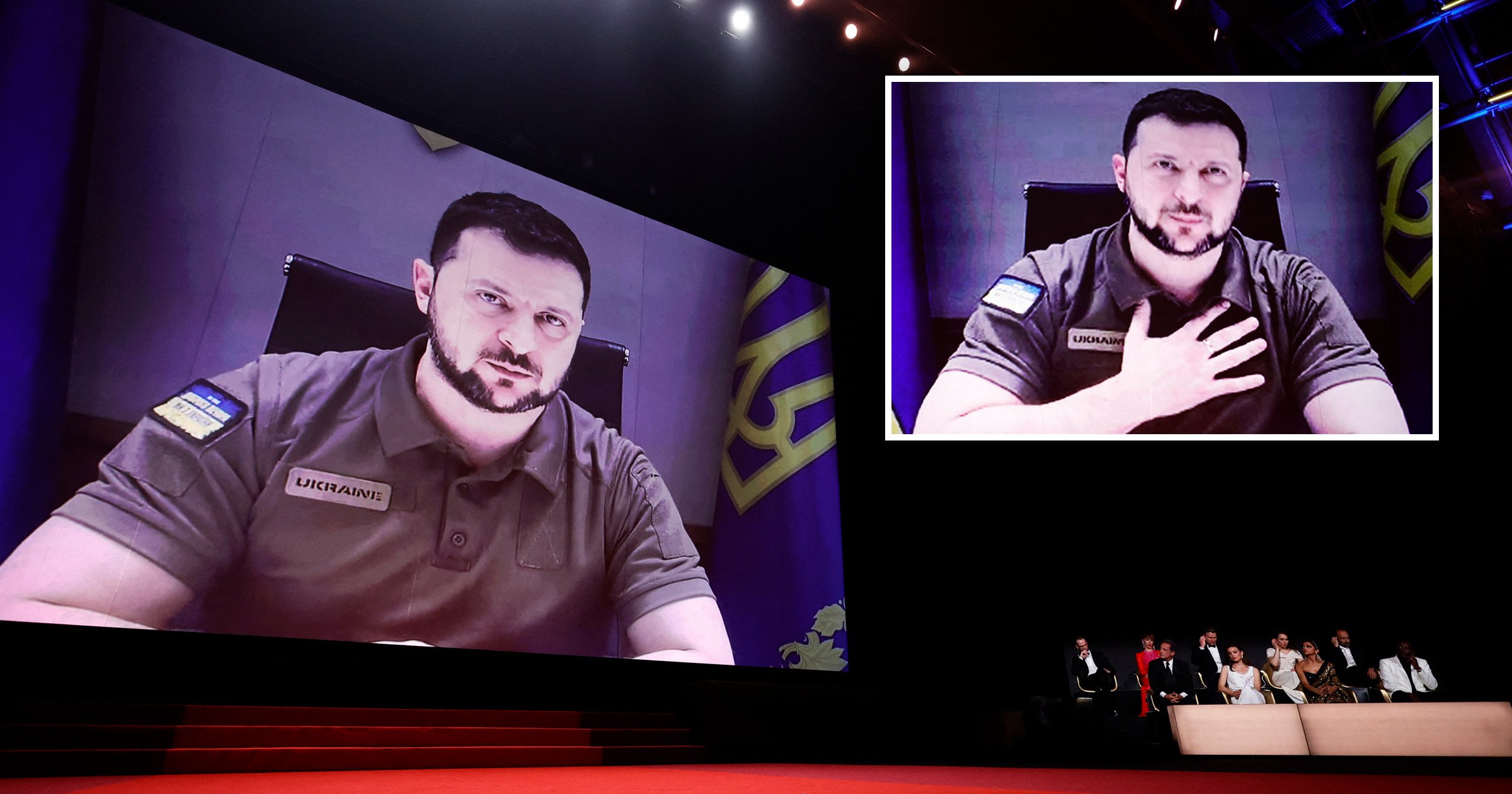 ‘The hate of men will pass, and dictators die, and the power they took from the people will return to the people,’ Zelensky said in his powerful speech.

‘And so long as men die, liberty will never perish.’

It’s not the first time Zelensky has been beamed into a huge event, with the president previously sharing a message at the Grammys.

He said at the time: ‘They sing to the wounded in hospitals, even to those who can’t hear them.’

Sharing a statement on Instagram, the country’s president rejoiced in the courage of Ukraine ‘impressing the world’ and its music ‘conquering Europe’ amid the ongoing Russian invasion.

He wrote, translated to English: ‘Our courage impresses the world, our music conquers Europe! Next year Ukraine will host Eurovision!

‘For the third time in its history. And I believe it won’t be the last time.

‘We will do everything to ensure that one day the participants and guests of the Eurovision Song Contest will receive Ukrainian Mariupol. Free, peaceful, rebuilt!

‘Thank you for the victory of @Kalush.official and all those who gave their votes for us!

‘I am sure that our victorious chord in the battle with the enemy is just around the corner.