The lawyer, as viewers know, is on a mission to win custody of baby son Alfie, after he came to believe that Abi was back on the drugs.

He’s gone to some seriously extreme lengths in order together what he wants, including paying a dodgy paralegal to follow Abi, in the hopes that he should catch any potential slip-ups from the mum on camera.

Kelly, however, gets wind of his tactics in upcoming scenes, and it’s safe to say that she’s not too pleased.

The above clip, taken from Wednesday’s (May 4) edition of the ITV soap, previews a tense conversation between the two, as Kelly confronts Imran over his unacceptable behaviour.

She insists that he stop with his dodgy actions at once, and admits that she believes Abi is not taking drugs. 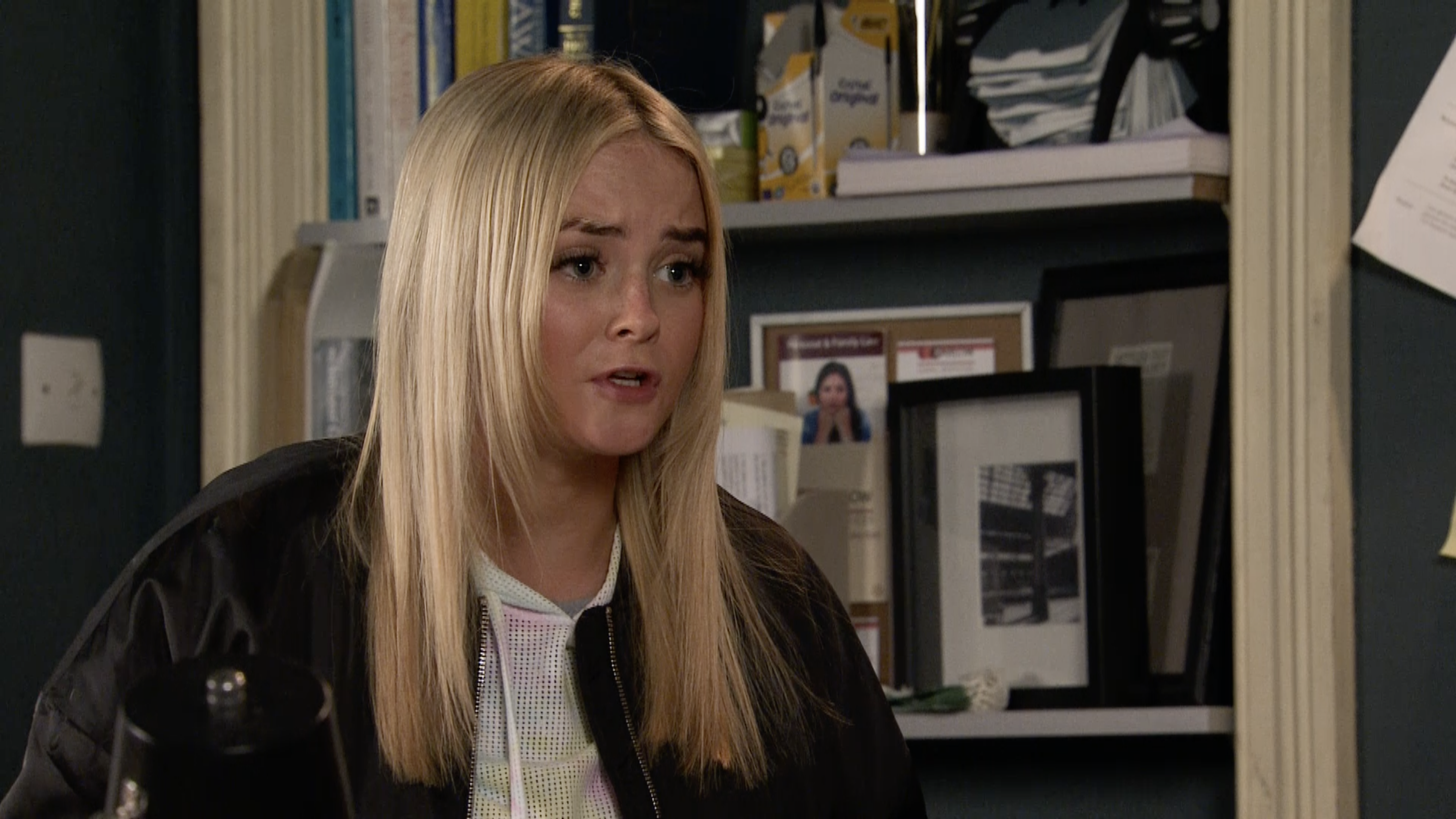 The teen pleads with her former foster father, urging him to not take Alfie away from Abi over the morphine situation.

Imran, however, turn the tables, implying that should any harm come to Alfie while he’s in Abi’s care would be on her conscience!

‘Imagine if [Abi] does get custody’, he says. ‘She gets off her face and then, god forbid, something happens, you don’t want that on your conscience as well [as Seb]’.

Kelly backs down, but before she can say much else, Imran takes a call. Will any of what she’s said hit home for the lawyer?

Coronation Street airs these scenes Wednesday May 4 at 8pm on ITV.