Lately, it feels like every movie has us thinking, “What the f*ck did I just watch?” In this series, we will break down exactly what happened in all those wild, mind-bendy, and just plain strange flicks…in a way that’s much easier to understand than the actual film.

THERE ARE SPOILERS AHEAD FOR NETFLIX’S LET IT SNOW.

I knew I was in for a rough hour-and-a-half of movie viewing when Netflix’s Let It Snow started by saying it doesn’t usually snow on Christmas Eve in Laurel, Illinois. As a midwesterner, I know that’s entirely false, and it was only the first in a long series of events that didn’t quite make sense in this movie.

The movie attempts to do a Love-Actually-style weaving of stories, but for teenagers. It’s based on the YA novel of the same name. Basically, these kids are stuck in their snowy town on Christmas Eve, and they all have to… deal with that. 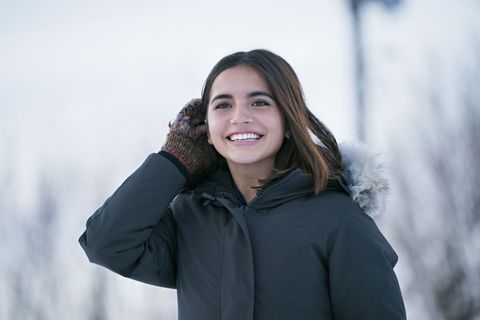 There’s Julie, who meets a pop star named Stuart while riding a train, and uses him as a sounding board while she debates going to Columbia. Tobin is in love with his best girl friend, who he calls The Duke. Keon is trying to throw an epic party for some reason that’s not entirely clear. Dorrie is trying to navigate liking a girl who isn’t quite ready to admit her feelings. And Addie gets stuck playing the stereotypical “psycho” girlfriend who suspects her boyfriend of cheating. Not only are almost all of these archetypes really played out, but the writers don’t give the actors anything new to do with them.

The reason Love Actually worked is that all the storylines ended up coming together in a really clever way. They were cheesy, sure, but by slowly revealing how the characters were connected, it felt fresh. Let It Snow can’t say the same. Aside from ending up at the same party at the end, the different plots are all totally independent of one another, which makes me wonder why they’re mashed up in this movie in the first place. 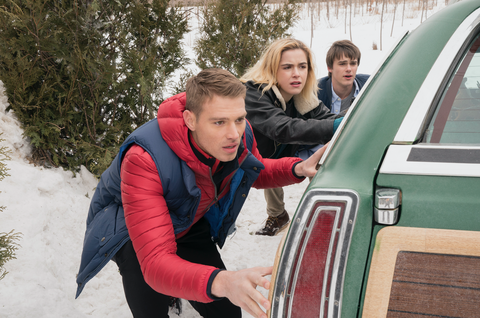 What could have saved this movie is humor, but the issue is that the jokes aren’t actually that funny, and the things that aren’t supposed to be funny end up being the jokes. Take, for example, when Stuart and Julie are sitting in her house, and he offers to help her with expenses so she can go to Columbia. As if revealing a major discovery, he tells her, “I can tell you’re smart.” Um.. no shit? She got into Columbia. Reader, I laughed out loud.

Christmas movies are definitely not supposed to be revolutionary. The biggest shame about this one, though, is that it’s a total waste of a cast of really fun, young actors. Their resumes include Mad Men, Lady Bird, Spider-Man, and Bombshell, to name a few. They’re not lacking in the talent, so what could have been a refreshing update on the genre ends up feeling a watered-down version of its predecessors.

The most WTF moments of Let It Snow: