7 Broadcast TV Shows Are Actually Up in Viewers This Summer

”I do have some issues with it being a little reductive and simplistic, fresh and rotten. I feel like some nuance can be lost there,“ one movie critic says

During a lively discussion about popular online review aggregator Rotten Tomatoes, two critics and a movie producer were, well, about 50% fresh on sharing the critic’s microphone with an algorithm.

On a panel moderated by TheWrap’s Diane Haithman, indie producer Mynette Louie (“I Carry You With Me,” “Swallow”) said she has long been a fan of Rotten Tomatoes, joking, “Because most of my films are Certified Fresh, I love it, it’s great.” She also praised how RT has “democratized” the critical playing field to include critics of color, as well as more female reviewers.

However, Louie remained skeptical about a “binary approach” to assessing a movie’s quality. “I have a great respect for film criticism and nuance,” she said, lamenting that “nuance, in general, is missing from our world, thanks to Twitter and social media … Everything is kind of reduced to an algorithm nowadays.” 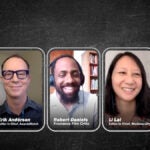 Claudia Puig, a critic for KPCC and president of L.A. Film Critics Association who was recently named programming director of Santa Barbara Film Festival, said she had “mixed feelings” about aggregation sites like Rotten Tomatoes. “While I think it’s extremely helpful for the moviegoer, to have an aggregate and to be able to get a generalized picture, and also to be able to go in and read the reviews,” she said, “I do have some issues with it being a little reductive and simplistic in the binary sort of way, fresh and rotten. Because I feel like there’s some nuance can be lost there.”

Panelist Joel Meares, executive editor of Rotten Tomatoes, said he was proud to go into the “lion’s den” to talk about the role of the online entertainment review aggregator. RT is well-known for its “Tomatometer” guide that rates movies, TV programs and streaming shows with a ripe red tomato (Fresh) if at least 60% of reviews for the movie or show are positive, and an icky green splat (Rotten) if it scores under 60%.

Meares, who comes from a traditional print journalism background, acknowledged that he “feels the pain” of shrinking newsrooms and the resulting loss of many professional entertainment critics. However, he said he is proud that Rotten Tomatoes provides a platform for leading audiences to new and diverse critical voices.

“What I’m really proud of is efforts that have been done by the company in the last few years to diversify inclusion on the Tomatometer,” Meares said. The most recent effort, he added, has been to revamp the Top Critics Program, a designation reserved for site-approved critics who are well-established and influential. 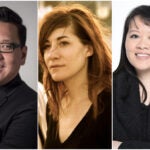 “That was the most exclusive club,” Meares said. Since 2020, though, he said “people no longer need to be tied to a specific big publication … which, I think, has been game-changing.” And, he added, expanding the numbers and diversity of the critical group serves to draw attention to “a great film or TV show that may not get that attention.”

For Gil Robertson, president of the African American Film Critics Association (AAFCA), the site offers a practical guide for the average moviegoer — even if they, and the studios, sometimes take the results too seriously. “There are other resources there that people probably should look into. But more often than not, they’re probably just looking at the site’s very top line, making the decision and moving on,” he said.

“The studios probably give more attention to (Rotten Tomatoes) than they need to or they should,” he added. “But, you know, all of these things have a way of working out in the long run.”

For more of this conversation, watch the video above.