Weatherman Matt finished off a weather report and shared some amazing images from Canada of a kayaker having a lucky escape as a tornado brewed while they were on the water. The heart-stopping moment was quite a sight with the weather phenomenon quickly escalating but the kayaker fleeing to safety just in the nick of time.

Matt shared the incredible footage of the tornado from Saskatchewan, Canadian.

He said: “What looks fairly benign at the moment, just watch this zone of cloud and a lucky escape from a kayaker as the spin begins to start in a matter of minutes.

“Just notice how this water spout developed. Just one of three tornadoes and water spouts to have developed in the same sort of area in the last day or two. Pretty impressive stuff.”

After finishing off his bulletin, Matt handed back to the studio with BBC Breakfast hosts Charlie Stayt and Naga leading the programme today (July 2). 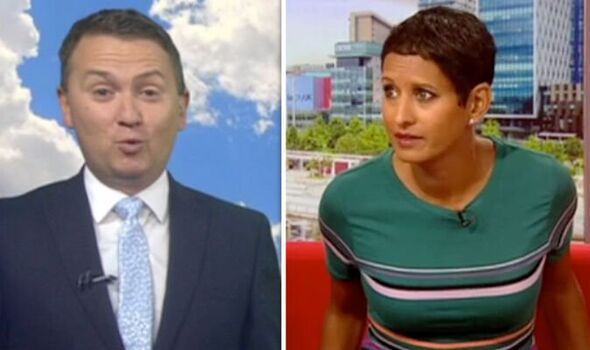 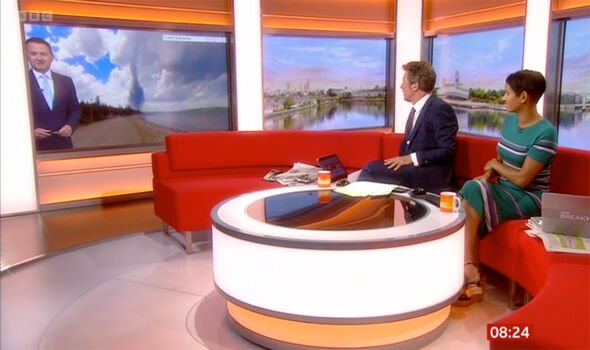 “Run now, Matt, run!” joked Charlie, while the weatherman playfully stepped off screen as the footage of the tornado loomed close to him. “Those are incredible images,” Charlie added.

“Nature is stunning, isn’t it?” Matt agreed with his co-star, who looked on in awe at the video.

“We might get a lesson later on on how they’re created,” Naga said, ‘Because I always love those lessons from you guys.” 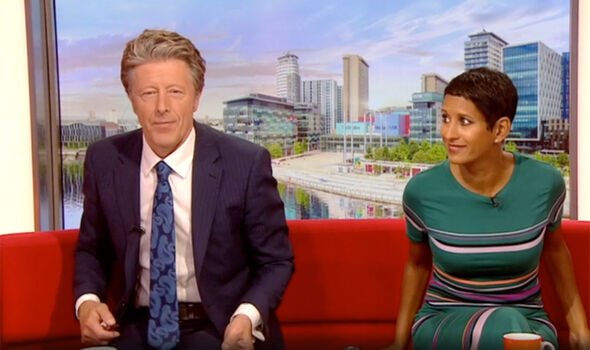 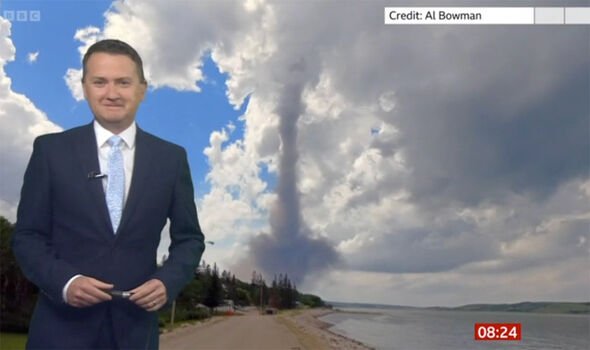 Matt responded matter-of-factly: “It’s basically a tornado over the water.”

Naga was left unimpressed by his response and told him: “Oh, well you’ve made that go flat, didn’t you?”

Today’s show saw Naga also jibing at Matt earlier when he revealed he was a distant cousin to Wimbledon champion Dorothy Round.

Matt and Dorothy were related through the weatherman’s grandmother but the BBC host admitted he didn’t share the tennis player’s court skills.

Dorothy was a double Wimbledon winner after she won the women’s singles trophy twice as well as winning mixed doubles at the tournament twice.

Naga told Matt: “She sounds like an amazing woman, but I don’t think any of her talent has passed on, has it?”

While Matt agreed with her, Naga did go on to reassure Matt he had “other talents”.

BBC Breakfast airs on BBC One daily from 6am