Young Sheldon tells the story of Sheldon Cooper (played by Iain Armitage) as a child living in Texas with his family. The socially awkward child genius breezes through school and fans will know he goes on to become a Nobel Prize-winning scientist in The Big Bang Theory. Fans are wondering how the new series will start, and co-creator Steve Molaro has provided some clues about season 4.

Will Iain Armitage graduate from high school in the new series?

At the end of season three fans saw Sheldon receive letters from some of the top colleges, including the famous CalTech, asking him to join.

Sheldon’s parents, George Sr (Lance Barber) and Mary (Zoe Perry) had an argument over whether he should start college early.

The family came to an agreement that Sheldon would finish his studies at East Texas Tech, where he had been joining in part-time with lectures.

There was supposed to be another episode in the third season, which would have seen Sheldon graduate high school, but due to the coronavirus pandemic production ended early.

Molaro told TVLine they were two days into shooting episode 22 when they were told to leave the film set. 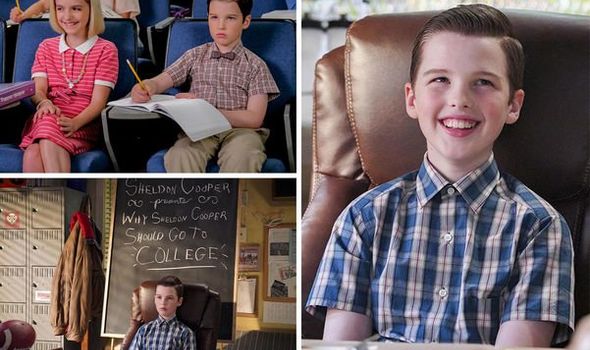 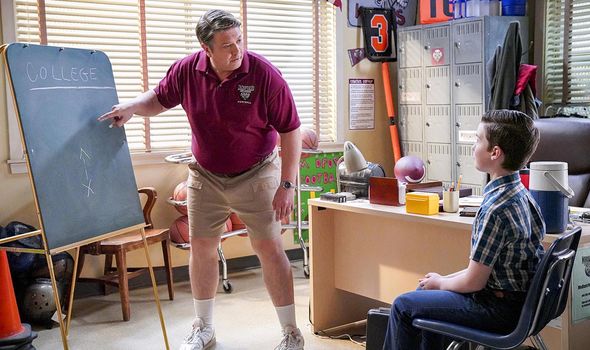 He said: “We sometimes shoot on location at Van Nuys High School, and on the second day of production, they kicked us out.

“They were like, ‘You’ve got to go now.’ We were trying to get Iain’s stuff done just in case, and we were hoping we could maybe find a way to, you know, rebuild part of what we were doing on the stage the next day, and the superintendent was like, ‘Get them out now,’ and we understood.

“We left, and that ended up being our last day.” He said the final episode was due to include Sheldon’s graduation as it is an important moment in his life.

Molaro said he would still like the graduation to be seen as it will be a big moment for the show and the filming they had managed to complete was “remarkable”.

When asked whether the footage from episode 22 will be used in the season four premiere episode, Molaro said it was a possibility. 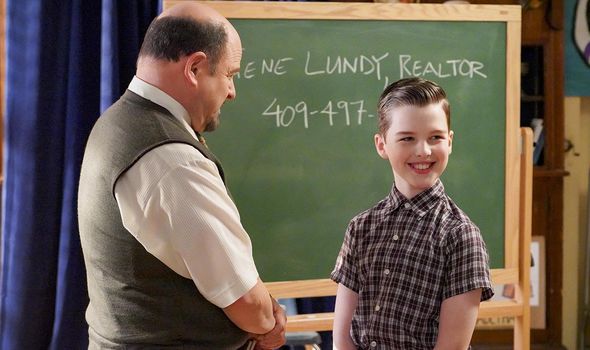 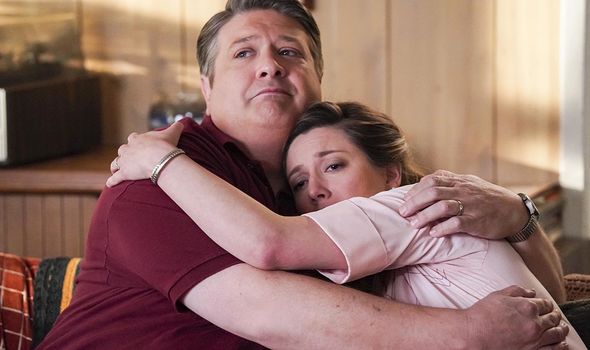 He said: “It hurt that we couldn’t finish that one. It was really turning out to be quite a lovely episode. We don’t have an official plan, but that is something that I am certainly interested in trying to do, yes.”

In the series Sheldon studied at East Texas Tech when he was just nine years old, as his high school – Medford – was not academically challenging enough.

Under the guidance of Meemaw’s (Annie Potts) ex Dr John Sturgis (Wallace Shawn) he studies there part time, formally starting college when he is 11 years old.

He is known for conducting many extravagant experiments, which often see him getting injured or getting into trouble with his family.

Fans have loved seeing Iain Armitage play the titular character, with the role being taken over by Jim Parsons in Big Bang Theory.

Armitage spoke to CBS Chicago about how he is coping with production being shut down, and whether he has been able to keep in touch with co-stars.

He said: “We have viewing shows every once in a while. There’s like 150 people on the calls. It’s where you watch the episode that’s going to air in that night and then we eat lunch while we do it.”

Fans will be pleased to know he is looking forward to returning for a new series as the main character.

He said: “I really enjoy it. I love being able to make people happy and to let them escape from this whole craziness. I think it’s always a very good thing when people can use entertainment to get away.

“Like during World War I and World War II, a lot of new musicals were written to be able to cheer people up. I think that’s kind of what’s happening with musicals and with TV, well not musicals now, but hopefully after all COVID a lot of new shows will come in.”

The official Young Sheldon Twitter account announced the show’s return for a season four, saying: “There’s more #YoungSheldon where that came from – the Cooper family is returning for a fourth season.”

Fans have already said they look forward to seeing Sheldon carry on with his educational journey, with one fan saying: “Young Sheldon needs to play out through his entire college experience until his launch into the academic world.”

Young Sheldon certainly made an impression while he was at high school, questioning the credentials of his teachers and accusing Dr Sturgis of plagiarism for not including Sheldon’s name on a paper he helped out with.

Fans will be interested to see how Sheldon copes full time at college, and whether his high school peers will envy his early graduation.

Young Sheldon is available to watch on CBS and E4