Sir Anthony Hopkins has something to celebrate.

The 82-year-old movie star, widely considered one of Hollywood's finest, took to social media on Tuesday to announce that he's celebrating 45 years of sobriety.

He shared a happy video message online, adding the caption: "With gratitude, I celebrate 45 years of sobriety."

"Hello everyone, good morning. Well, new year's coming, it's been a tough year," he began in the black-and-white clip. "A lot of grief and sadness for many, many, many people. But, 45 years ago today, I had a wake-up call."

"The Two Popes" star said he was "heading for disaster drinking myself to death" at the time and said "a little thought" came to his mind: "Do you want to live or die?"

"I said, 'I want to live,'" Hopkins remembered. "Suddenly the relief came and my life has been amazing. I have my off days, sometimes little bits of doubt and all that, but, all in all, I say hang in there."

He added: "Today is the tomorrow you were so worried about yesterday. You young people, don't give up, just keep in there, just keep fighting. Be bold and mighty forces will come to your aid. That's sustained me through my life."

The actor concluded by promising that 2021 will "be the best year." 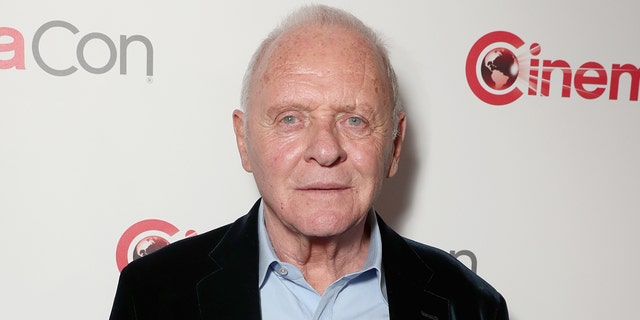 Though he's been popular for decades, Hopkins' most revered work came after he kicked his drinking habit, including his Oscar-winning role in 1991's "The Silence of the Lambs" and his Emmy wins in 1976 and 1981.

Just over a year ago, the prolific movie star opened up about his alcohol abuse struggles to Brad Pitt for Interview magazine.

"I look at it, and I think, 'What a great blessing that was, because it was painful.' I did some bad things. But it was all for a reason, in a way," he said. "And it’s strange to look back and think, 'God, I did all those things?' But it’s like there’s an inner voice that says, "It’s over. Done. Move on."