Jealousy is an ugly emotion, but everyone feels it occasionally. It strikes even the most beautiful people, like supermodel Ashley Graham. She and her husband have one of the sweetest, strongest marriages in Hollywood. But they still grapple with occasional arguments often stemming from jealousy. One of these incidents took place on their honeymoon.

Who is Ashley Graham?

Ashley Graham made history as the first plus-size model to make the cover of the Sports Illustrated Swimsuit Issue, reports Biography. Discovered as a 12-year-old, she started her career in advertisements and clothing catalogs. At 18, she moved to New York City and became a full-time model.

Vogue, Elle, and Glamour have featured Graham on their covers. She’s appeared on TV in a Lane Bryant commercial, in a DNCE music video, and as a backstage host for Miss USA and Miss Universe. She was also a judge on America’s Next Top Model and hosted the Lifetime series American Beauty Star.

The beautiful model is also a talented entrepreneur. She has her own Dress Barn clothing line, Swimsuits for All swimsuit line, and Addition Elle lingerie line. Graham released her first book in 2017, a memoir titled A New Model: What Confidence, Beauty, and Power Really Look Like.

Justin Ervin may not be as famous as his wife, but he is plenty talented. Ervin is an accomplished cinematographer, with an innovative vision and a unique style. He has an MFA in documentary filmmaking, having graduated in 2012 from the School of Visual Arts in New York.

In 2013, Ervin produced an award-winning documentary short called Elephant in the Room. The film explores the strong bonds between female boxers at the Elephant in the Room Boxing Club. Ervin focuses on two teens’ friendship and a secret problem affecting one of them.

Ervin’s company, Element Films, often collaborates with popular brands to create memorable advertising campaigns. He has worked with companies such as Pantene, Netflix, and Vogue in the past. His creativity and outside-the-box ideas help these companies make video campaigns that stand out from their competitors.

Ashley and Justin: a romance straight out of a rom-com 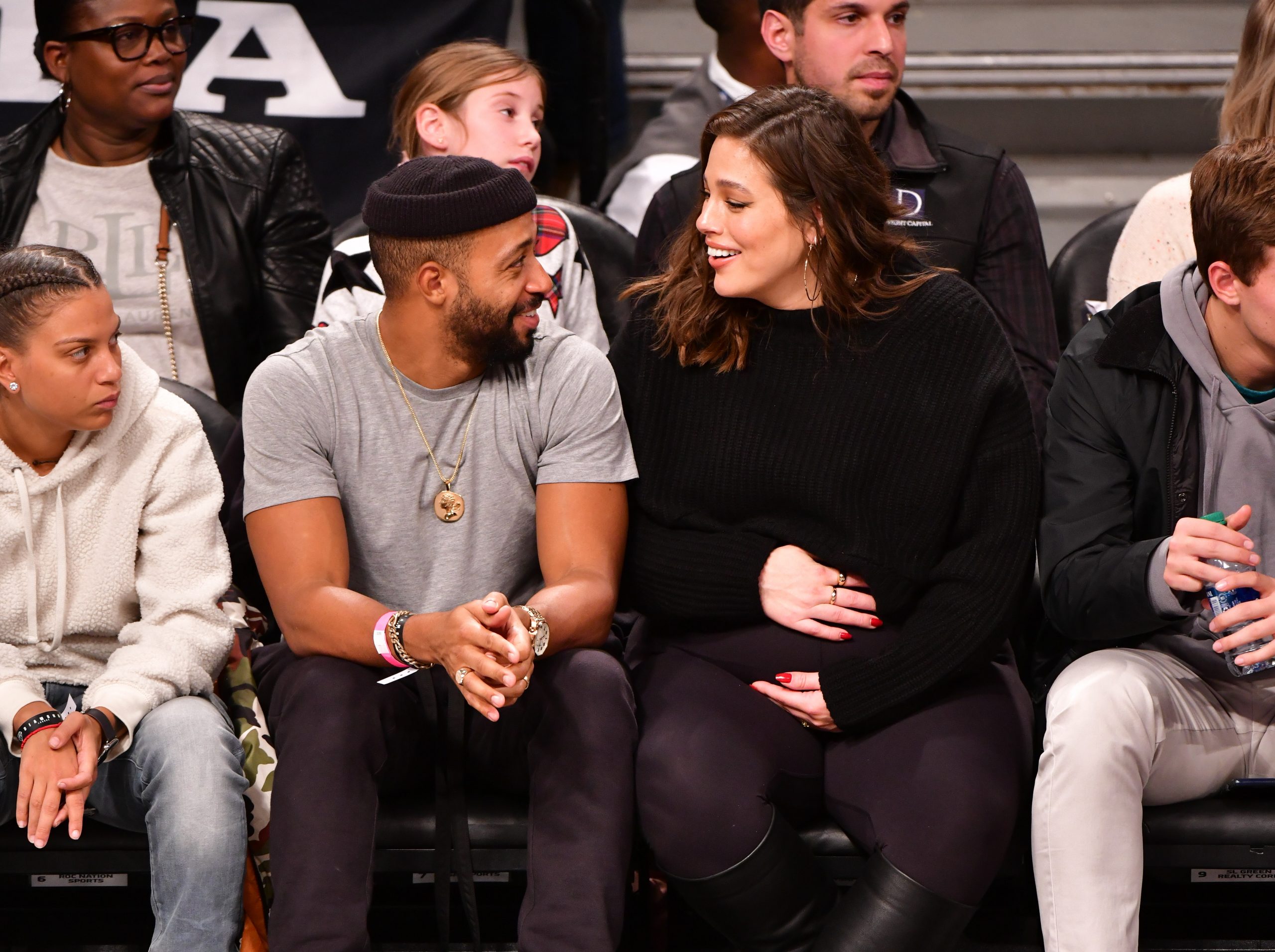 Graham and Ervin are quite possibly one of the cutest couples on the planet, as Oprah Magazine details. They constantly share their love and affection for each other with the world, posting cute photos and messages on social media. Their love story is seriously just like something out of a romantic comedy.

The couple met on an elevator at their church. Graham volunteered at the church, escorting people up in the elevator. Ervin was instantly smitten, and rode up and down in the elevator with her all day. She recalled that she thought he was a nerd at first, but after talking with him, she felt as if he “looked right into her soul.”

Ervin proposed to Graham after just a year together. Although the couple had been discussing an engagement for months, Graham was starting to get wary of the subject because she didn’t really think Ervin was ever going to do it. She also thought she knew exactly how he would do it, if he ever did, and that it would be a big, extravagant ordeal. Ervin surprised her with a simple proposal in her apartment, complete with a sweet, heartfelt speech about all the way in which she made his life better.

Although they have been blissfully married for ten years, with a beautiful new baby boy, it’s not always easy. Jealousy can be a big factor in any relationship, but especially so in a marriage with two famous, hardworking individuals who work on different coasts. Graham shared one of her most jealous moments with buddy Hailey Bieber in her podcast, Ashley’s Pretty Big Deal.

She recalls being on her honeymoon with Ervin, when he received a text from a female friend. Ervin didn’t respond, but Graham became furious because the woman knew they were on their honeymoon and tried to interrupt anyway. They were kayaking at the time, and she got so angry she rowed back to shore by herself, then grabbed a burger at the nearest eatery. “I was pissed … I went straight to a restaurant and ordered a burger and I was eating my feelings. Because the jealousy was like fire inside of me.”