In “Booksmart,” Noah Galvin all but ensured moviegoers would never hear Alanis Morissette’s “You Oughta Know” the same way again when he performed ― or, rather, interpreted ― the song in a very, um, literal way.

The scene demonstrated Galvin’s flair for physical comedy and reminded fans that he’s first and foremost a theater guy.  A starring role on ABC’s “The Real O’Neals” may have put the 25-year-old actor on the national map, but he’s becoming a Broadway mainstay, too, having taken over the title role in “Dear Evan Hansen” and currently starring in the musical adaptation of “Waitress.”

HuffPost got an exclusive first listen to “Manage Your Flamingo,” a track from the “Alice by Heart” cast album that reenvisions the character of the Duchess (played by Galvin) as “a cross-dressing body shamer who’s in a mood,” according to Sater.

“From the first audition he did to the final performance he gave, Noah was a continual joy and revelation as the Duchess,” Sater told HuffPost. “He was forever unearthing fresh layers of comic disdain and bruised emotion.”

“Alice by Heart,” which debuted at New York’s MCC Theater on Jan. 30, took characters and situations from Lewis Carroll’s “Wonderland” stories and reset them in 1941, during World War II’s London Blitz. The revamped story follows Alice Spencer (played by Molly Gordon) and her ailing friend, Alfred (Colton Ryan). Seeking refuge in an underground tube station, Alice imagines herself as the heroine of Carroll’s story, while Alfred becomes the White Rabbit. 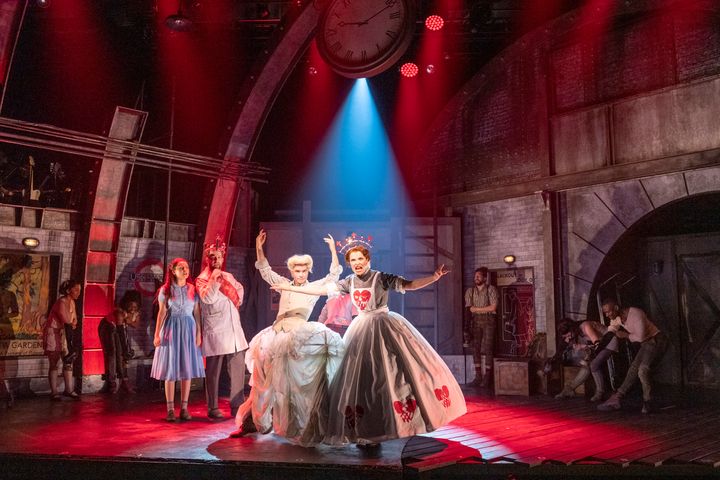 Sater, who also co-wrote the Tony Award-winning smash “Spring Awakening” with Sheik, said “Alice by Heart” was, in some respects, inspired by the current political climate in the U.S., in that it is “a celebration of the power of the imagination to transform even the harshest of circumstances.”

“It’s about learning to deal with loss and how to leave childhood behind,” he said. “At such a mad time in our own culture ― when it feels like, in Nietzsche’s phrase, we could die of too much reality ― it’s felt urgent to celebrate the value of a good book [and] to explore how art and culture help us get by.” 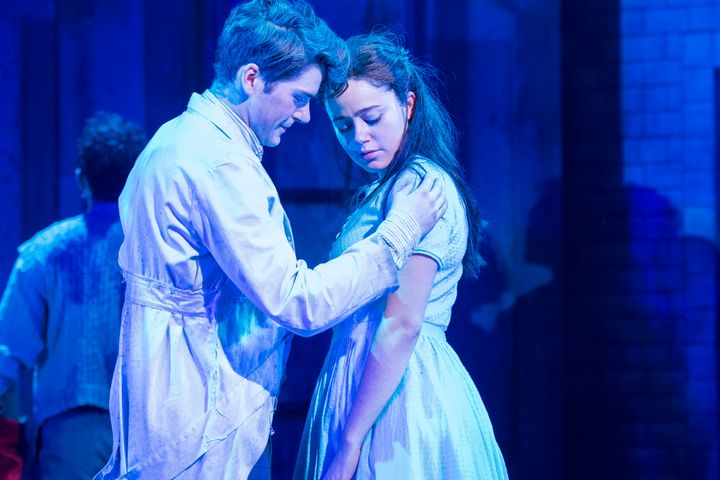 Though “Alice by Heart” closed in April, Sater said he’s hopeful he and the rest of the creative team will get to “continue refining the shape of the piece” for additional productions in the future. Sheik, meanwhile, has stayed active on the musical stage with “The Secret Life of Bees,” which runs at the Atlantic Theater Company in New York through July 21.

Currently available for preorder, the “Alice by Heart” cast album will be available via Ghostlight Records at retailers and on streaming platforms June 28.