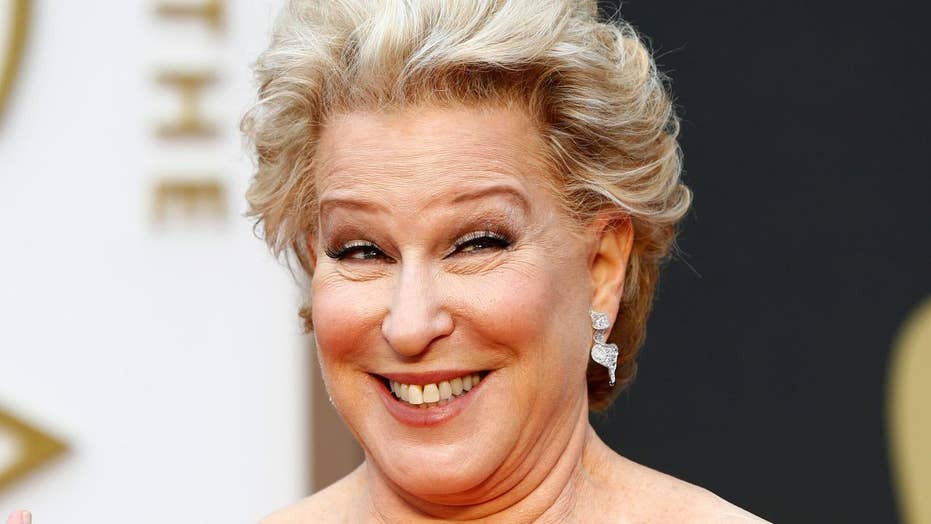 Kirstie Alley, Kevin Sorbo, Joy Villa and other celebrities, denounced Bette Midler as a ‘real racist’ after posting a tweet about black Trump supporters. In her tweet, the ‘Hocus Pocus’ star implied that black attendees of Trump’s recent 2020 re-election rally were paid by the POTUS’ team to be there.

Bette Midler is catching serious backlash for a tweet about black Trump supporters, including receiving jabs from fellow celebrities who are calling her racist.

The actress sent a tweet on Wednesday in which she implied that black attendees of President Trump’s recent 2020 re-election rally were paid by the POTUS’ team to be there.

“Look, there are African American men in this shot! How much did he pay them to be ‘blackground?’” Midler tweeted with an image of the Trump rally.

Despite the star’s social media being rife with comments lambasting the president, the tweet caught immediate negative attention from her 1.7 million followers for its insinuation that the black community can neither think for themselves nor reasonably support Trump.

Among those in Hollywood to turn on Midler for her comments was former “Cheers” star Kirstie Alley, who denounced the tweet as “REAL racism.”

“This is one of the most racist, degrading 'jokes' I've seen on Twitter & that's saying a lot,” the actress tweeted. “We get it Bette, you hate Trump & that's your right but to imply Black men have to be PAID to celebrate their OWN  political views is pure and REAL racism. And "BLACKGROUND"??  WTF??!!”

“Really, Bette? REALLY? @bettemidler You’re this crazy to insinuate black Americans have absolutely no mind or values of their own & would only support their country &  @realdonaldtrump for ‘money’? SMH you probably think they’re all pimps & black women like me are just hoes, too?” wrote artist Joy Villa.

Despite the negative backlash from both celebrities and her followers, the 73-year-old actress doubled down on her comments in response to a negative tweet directed at director Rob Reiner. The actress said she’d tweet as many “f-bombs” as she feels like.

“Personally, I enjoy swearing. Why don’t you try it, you uptight…..ha!” she wrote.