CHRISTOPHER STEVENS reviews the weekend’s TV: The shows can’t go on and, oh, how we’ve missed these tunes

The Wonderful World Of Chocolate

There’s no business like show business — let’s go on with the show!

Those brash, barn-storming lyrics by Irving Berlin sum up the joy of musical theatre, a world where the songs never stop.

So the closure of every stage in the country, for the first time since Oliver Cromwell’s Puritan dictatorship, still feels beyond imagination for all fans of song-and-dance spectaculars, after nearly a year in the dark.

Andrew Lloyd Webber, Britain’s leading impresario and composer of musicals, pleaded last September that it was madness to let people sit on aeroplanes but not in theatres.

He’d even considered turning the London Palladium into a garden centre, he said, to bypass the ban. He was joking, of course . . . except he really wasn’t.

Now he proposes a disinfectant called triethylene glycol could be sprayed throughout venues to cleanse the air. 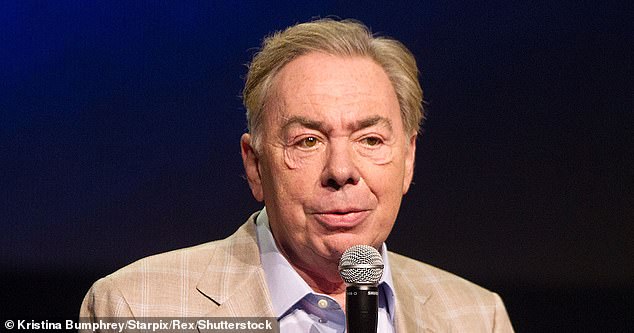 Andrew Lloyd Webber (pictured), Britain’s leading impresario and composer of musicals, pleaded last September that it was madness to let people sit on aeroplanes but not in theatres

Sing it to the tune of Pick A Pocket Or Two from Oliver! — ‘We gotta try triethylene glyyy-colll . . . we better spray a venue or two!’

Sheridan Smith had a much better idea, in Musicals: The Greatest Show (BBC1). She dispensed with the audience altogether and spread the orchestra out across the theatre.

Strings on the stage, brass in the stalls, saxophones in the wings and a gospel choir, appropriately, in the gods.

This 80-minute special was condensed from a broadcast on Radio 2 last month.

As you’d expect with radio, it lacked visual flair, though there were some nice touches — Sheridan arrived in leather jacket and trainers but, as soon as the spotlight hit her, she was dazzling in gold spangles.

As she blasted out Don’t Rain On My Parade from Funny Girl, she was chanelling Barbra Streisand. Straight away, I had a lump in my throat.

This music is so unashamedly schmaltzy, and we’ve been deprived of it for so long, that it’s impossible to be unaffected.

Among the highlights that followed was a big number called Only You, Lonely You performed by Ivano Turco, from the Lloyd Webber production of Cinderella that’s been on hold since last year.

We heard favourites from The Greatest Showman, Wicked, Mamma Mia!, Hamilton and Joseph, as well as Ramin Karimloo singing Music Of The Night from Phantom — what a huge, operatic voice that man has.

For my money, the most fabulous of the lot was Aisha Jawando’s version of Simply The Best, from the Tina Turner jukebox musical. She held high notes that I didn’t think were humanly possible. 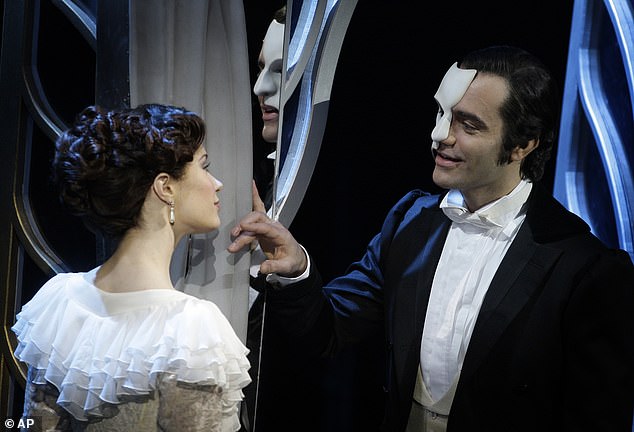 During Musicals: The Greatest Show, we heard Ramin Karimloo singing Music Of The Night

One of the small pleasures when we are finally allowed back into theatres (and cinemas, too, for that matter) will be Poppets — those little toffee balls coated in chocolate, that roll out of the box one at a time.

The Wonderful World Of Chocolate (C5) showed us in detail how Poppets are made — 60 million a week, according to Poppets supremo Paul.

He said that, in the past, they’d tried cherry, ginger and walnut fillings, and claimed that ‘enrobing’ the toffee nuggets in chocolate was essentially giving them a sweetie spray-tan.

The technology might have other uses. If celebs could be spray-tanned in chocolate, they’d never need to take lockdown holidays in Dubai again.

The show also celebrated Milk Tray and those 1970s ads that saw a secret agent abseil or parachute into a woman’s boudoir to leave his calling card and a box of chocs . . . ‘all because the lady loves Milk Tray’.

Penny Thorpe, billed as a ‘chocolate historian’, complained: ‘Honestly, if that happened to me, I’d call the police. ’ And they say romance is dead.