Kelly Holmes: Being Me (ITV)

Before Dame Kelly Holmes was even halfway through her confessional life story, the urge to simply hug her was almost overwhelming.

She shook with nerves at the beginning of Being Me (ITV) as she prepared to reveal a personal truth that once might have cost her the career she loved.

‘I’m a gay woman,’ she said, her voice choking up, ‘and I’ve been unable to live my life authentically. I feel like I’ve been trapped. It just weighs down on you every day. I don’t want to live like that any more.’

It’s horrible to imagine that any of the millions of Brits who regard her as a national hero could love Dame Kelly any the less, simply because of her sexuality. 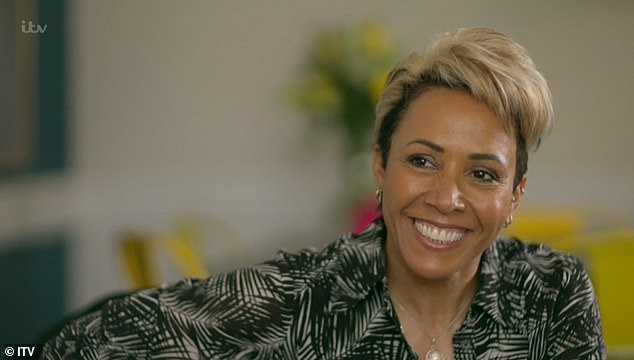 Kelly Holmes: Being Me follows the life of the double Olympic gold medallist who grew up in care and served in the Royal Army Physical Training Corps at a time when she could face court martial for being gay

She’s the double Olympic gold medallist who grew up in care, the girl from a council estate who, while commentating on the Queen’s Platinum Jubilee celebrations this month, proudly wore her uniform as an honorary colonel in the British Army.

To discover that she is tormented by fears and misplaced guilt about being gay is heart-rending. She first came out to her family when she was 18, telling her stepfather, Mike.

Surely the whole country would want to echo what he told her then: ‘Long as you’re happy enough, it doesn’t matter.’

But she isn’t happy. ‘I can honestly say I don’t think I’ve ever been happy,’ she said, and it’s evident that the causes of her recurrent depressions and episodes of self-harm go much deeper than anxiety over her private life.

She rationalised this, explaining that she served in the Royal Army Physical Training Corps at a time when she could face court martial for being gay. ‘It was terrifying, criminalised just for who you were and who you loved,’ she said. ‘It could ruin your life and your career.’

But those restrictions were lifted in 2000 and it’s difficult to believe that her ingrained fear of repercussions is the only reason she still finds it so shattering to discuss her sexuality.

Other traumas were touched upon, obliquely. It seems plain that Dame Kelly is still shell-shocked by the five years she spent in care and that she is angry with herself for carrying that pain.

Her relationship with her mother, Pam, who died from cancer four years ago, was a constant shadow in the background. In one brief scene, she sat down with other family members. Perhaps the presence of the cameras was inhibiting, but everyone seemed afraid to breathe.

And though this was a documentary about sexuality, she made no mention of whether she has a partner today.

Her courage in coming out will be an inspiration for many people. But it was also moving and sad to see the vulnerability of a woman who is known for being so physically strong. 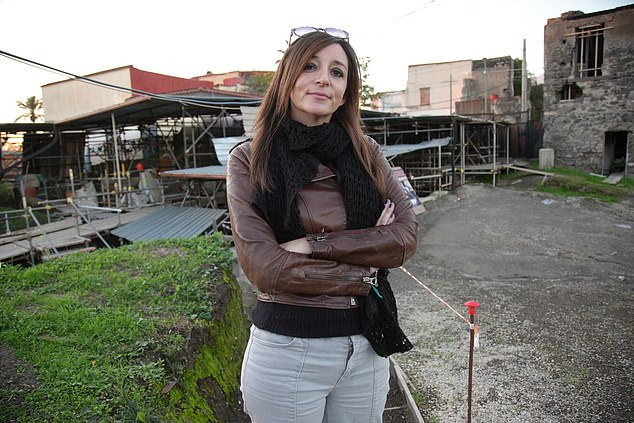 In the first episode of Lost Treasures Of Rome (C4), there were no treasures and we weren’t in Rome. Instead, the diggers poked around under the baths in Pompeii, finding a broken safety pin and part of a bull’s skull

There was little in the first episode of Lost Treasures Of Rome (C4) that could inspire anyone to tune in to the rest of this six-part archaeology series.

But viewers might feel inspired to sue the producers for a breach of the Trade Descriptions Act, since there were no treasures and we weren’t in Rome. Instead, the diggers poked around under the baths in Pompeii, finding a broken safety pin and part of a bull’s skull.

Computer graphics recreated ancient scenes with all the realism of a 20-year-old PC video game.

Their most interesting discovery was the skeleton of a former slave who rose to be a wealthy priest. We were promised DNA analysis, but the results must still be in the post.