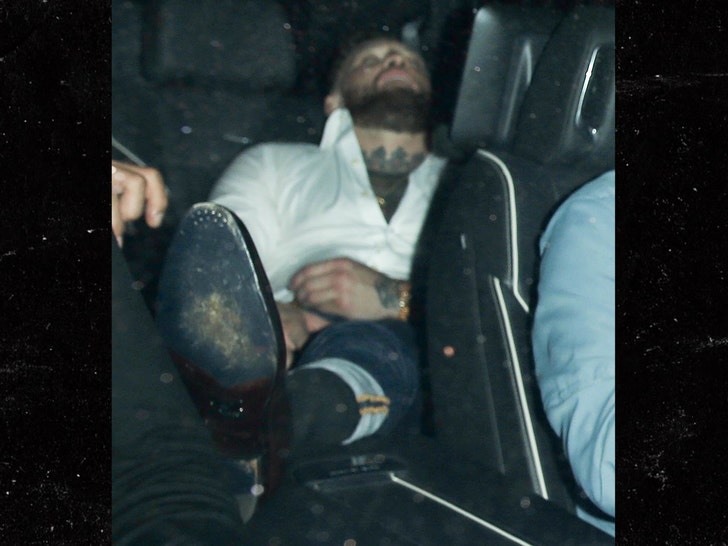 Conor McGregor knows a thing or 2 about putting people’s lights out — being a UFC champ and all — and Thursday night he got a taste of his own medicine after a night of hard partying.

Conor was 3 sheets to the wind as he lay passed out in his car outside Delilah … where there was a listening party of sorts for Drake‘s new album.

On the way to the club, Conor posted, “I’m on the way to @delilah right now to have them play it on blast.” Well, that he clearly did. 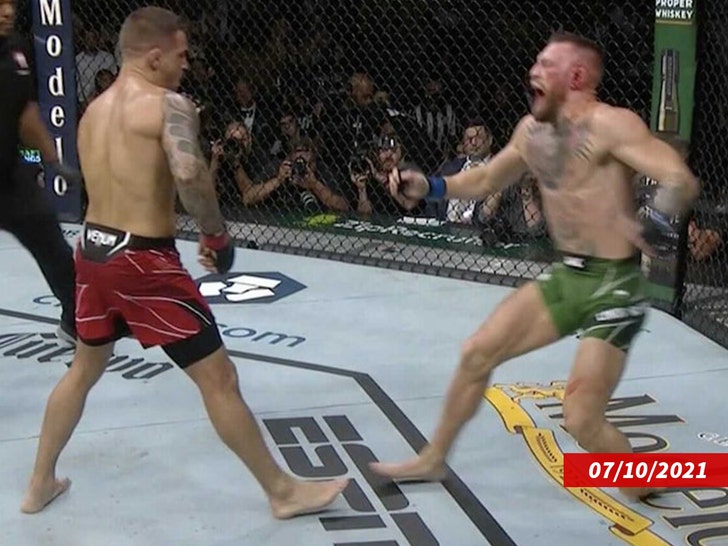 As you know … Conor is nursing a gruesome leg injury he suffered during a UFC fight against Dustin Poirier. His leg snapped, and that led to an almost 4-hour surgery to repair the damage. His leg needed the works … a rod, a plate and screws. 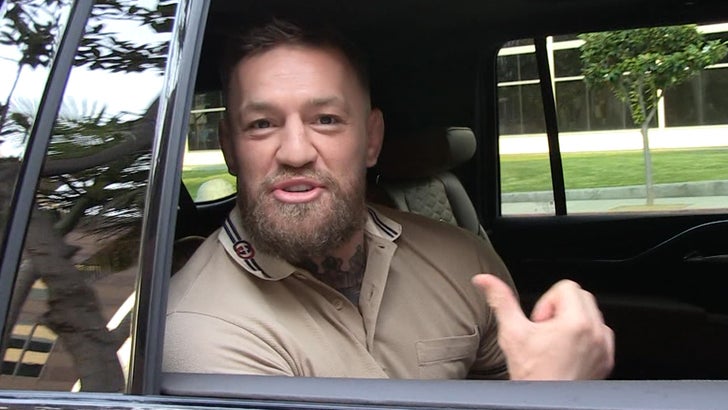 Nonetheless, we got Conor out and about … boasting he was way ahead of schedule in his recovery. He said, “Five weeks, five days since the surgery and they told me I wouldn’t be able to cycle until eight weeks, And, he just told me just here today that I can cycle again!”

Conor didn’t really miss a beat … hanging with Justin Bieber, getting in lift sessions at the gym … even hitting up Universal Studios on crutches.

He’s gonna feel it today … for sure!