There is an especially very telling, and actually chilling scene in Spencer, Pablo Larrain’s brilliantly imagined portrait of Princess Diana (Kristen Stewart) facing the crossroads of a long dead marriage during a Christmas holiday at the Queen’s Sandringham Estate. Prince Charles (Jack Farthing), stands in an ornate room at one end of a pool table while his wife Diana, clearly miserable and almost dead in the eyes, stands far apart at the other end. They are not playing pool.

A reckoning has come in their marriage and her future in the Royal Family. Charles tries to reason with her and simply explains, “every one of us has two sides. There is the real person and the one for the pictures”. The private needs vs the public person on display is something that clearly we know Diana never comfortably came to terms with, and now it has all come to a head in this eerie icily cold Christmas gathering where the family, including the Queen and her dogs, appear only to eat a lot of formal meals together and go out on hunts with their guns. It is a frigid environment, and that isn’t just a reference to the weather.

We have seen many takes on Diana from revealing and controversial TV interviews to the current Emmy nominated performance by Emma Corrin in The Crown, even stretching now to a Broadway musical. But Larrain has something very different, very intimate, and very revealing in mind here by taking us deeply into the head of Diana as she is clearly at the end of her rope having made the decision to divorce Charles, failing to even hide her misery and disdain for all the Royal circumstance trapping her in a life of which she has lost control, but is desperately trying to regain.

Larrain tackled Jackie Kennedy also through his own unique lens in Jackie which earned Natalie Portman an Oscar nomination, but Spencer is something else indeed, almost playing out in a conventional dramatic fashion, a more accessible approach in some ways, but also more ambitious as it is squarely from the point of view of its title character, purposely called Spencer to assure us that the person who once was, is well on the way to finding that very lost spirit again before it is too late.

Of course we know how it all ended, the ultimate toll it took, but that is defiantly not how Larrain’s and screenwriter Steven Knight’s story ends. And in fact it all begins with some simple words on the screen: “This is a fable based on a true tragedy”.  A fable indeed, but one based on serious study by the Oscar winning director who seems fascinated by two of the most scrutinized and public women of the 20th century, Jackie and Diana, putting his own patricular lens on them, but in very different ways. Larrain and Knight, employing what we know of Diana via wide ranging research , have by necessity had to create the drama behind the most closed of doors and imagine just how this pivital holiday might have played out. There is no question the film firmly lands on the side of Diana who, showing independence right from the start,  drives in through the countryside on her own, becoming fascinated with a scarecrow spotted along the way, and then thrust into the family affair, a humorless, stiff, and dreary picture of Royal life that seems about as lifeless as possible. 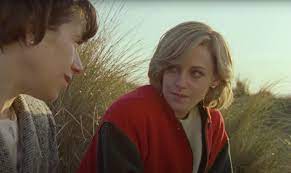 This isn’t The Crown, it is far more insular, an intimate portrait of a woman trying to save herself, and we see it all played out in different vignettes as she must pore over the proper outfits chosen for specific occasions, or is forced to try on pearls, a gift from Charles that she dismisses by saying he also gave “her” the same thing. In one of a few surreal fantasy scenes she consumes and spits out the pearls at a formal dinner as they land in her pea soup. She is also haunted by the ghosts of Royals-past in this house, notably Anne Boleyn, a wife of Henry VIII who had her head chopped off, clearly a figure Diana  can, figuratively at least, identify with. We watch her break into dance down halls, and explode at the sight of seeing young William and Harry put through the paces of the hunt. She is on the edge throughout , and so are we watching it all unfold. The only glimmers of warmth and bonding are in the scenes with her two boys. The trio are simpatico, almost speaking their own private language, and you can see the true love of a mother depicted here, just as we always could in the real life situations we witnessed when she was alive. 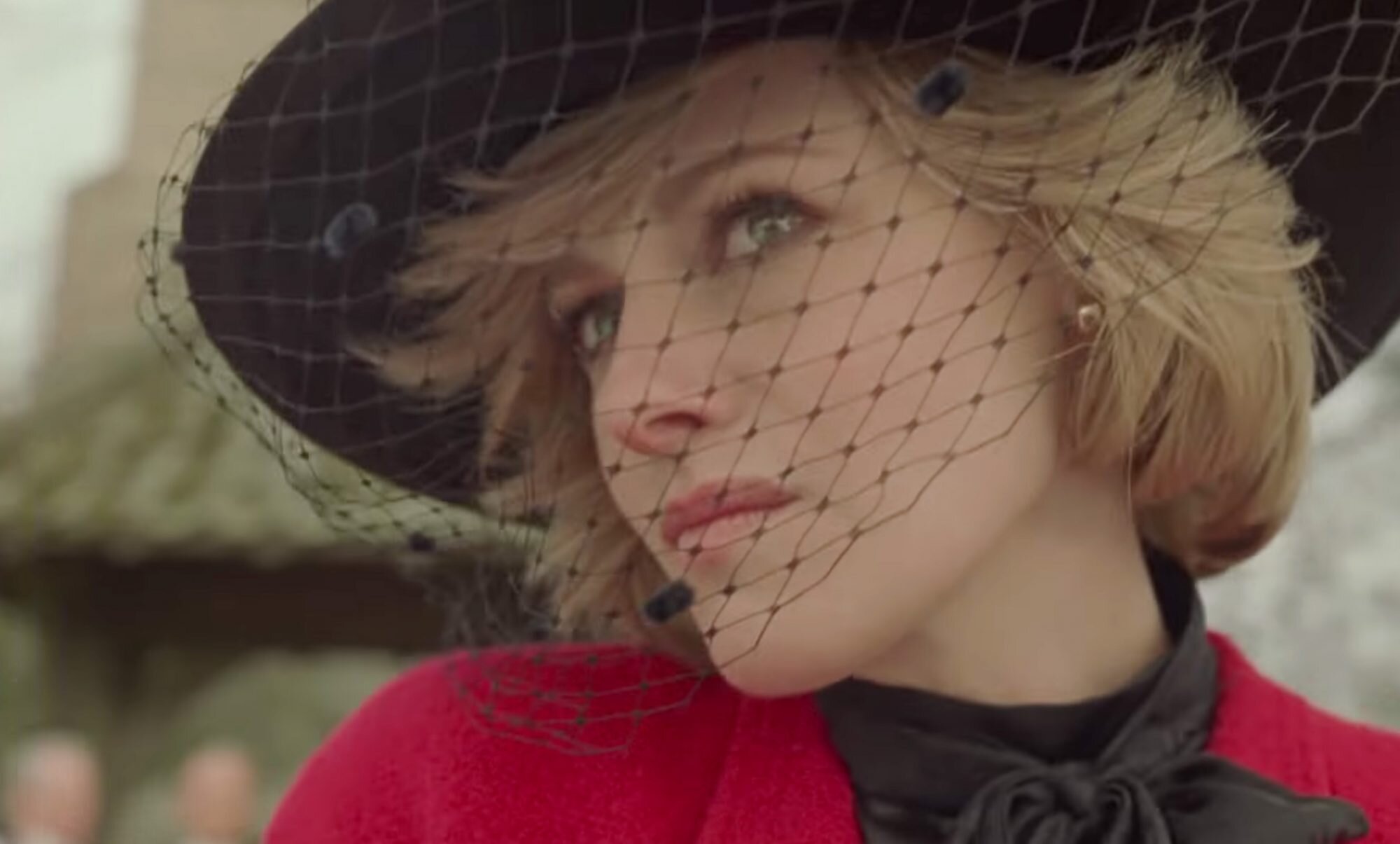 The ending of the Diana story in actuality was indeed tragic. This film stops well before that and we can leave with understanding and empathy, no matter how imagined it all is. I can’t say enough about Stewart’s performance, steering from impression of an impossibly well-chornicled figure to beautifully achieving the essence of who she was. It is a bracing, bitter, moving, and altogether stunning turn, taking Diana down roads we have not seen played out quite like in this mesmerizing portrayal. Timothy Spall as Major Alistair Gregory is a man who must keep the royal house in order, even in trying to tame Diana’s desire to escape those trappings. Her true friend here is Maggie who not only tends to her needs as any good Royal staff member would do, but also gives her moral and emotional support. Sally Hawkins is very fine and hits just the right notes in the role. Farthing manages to nail the tightly controlled Charles, but does show flashes of a human being eventually, though for the most part exhibits nothing more than the royal indoctrination the future King of England has endured his whole life. Stella Gonet’s Queen Elizabeth is properly stoical, and surrounded by her pups, in her few scenes, never better than in one moment where she reveals to Diana that the only really important photo is the one you have on British currency. Sean Harris as Darren , and Jack Nielen and Freddie Spry add some spirit as William and Harry.

The NEON Topic Studios film, which is debuting today at the Venice Film Festival and then heading to Telluride and Toronto, will be released stateside on November 5. There has been an endless examination and fascination towards Diana. Lorrain and Stewart however have excavated her soul, and , in the end, presented what we should most want to remember.