‘Saturday Night Live’ director Dave McCary is reportedly expecting a child with his wife, Oscar-winning actress Emma Stone. Learn more details about one half of this notoriously private couple.

Dave McCary is one lucky man! The Saturday Night Live staffer, 35, is reportedly expecting a child with Emma Stone, 32, according to a Us Weekly report that surfaced four days into 2021. Just shy of a week ago, Emma was pictured with what many fans thought was a baby bump! The baby news came roughly three months after another exciting report arrived in Sept. 2020: Dave officially tied the knot with Emma, after reportedly postponing their wedding due to the global pandemic. 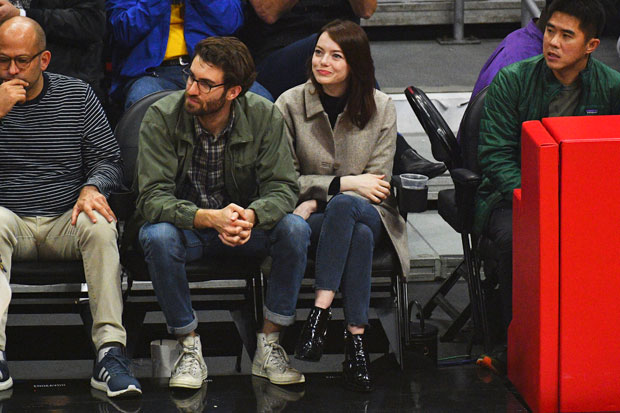 The notoriously private couple have been dating since 2017, and said their “I do’s” nine months after getting engaged. While Emma and Dave have remained tight-lipped about the details of their relationship — and now, this alleged pregnancy — we have five things you should know about the La La Land star’s new hubby, who is reportedly about to become a father:

1. He’s a segment director on SNL. Unlike Emma, who has won Academy Awards and was at one time the highest paid actress in the world, Dave has a relatively normal job. He joined SNL alongside cast members Kyle Mooney and Beck Bennett during the sketch comedy show’s 39th season in 2013. He’s a writer and comedian, and now works as a segment director on the weekly show.

2. They met when Emma hosted SNL. The low-key pair first met when Emma hosted the show in December 2016. It was the third time she took on the prestigious gig, but the couple didn’t make it official until October 2017. According to some reports, he directed her during the “Wells for Boys” skit on the show.

3. Dave proposed in December 2019. He popped the question two years after they began dating, an he announced the happy news on December 4. The adorable snap of the pair showed them smiling for the camera, while Emma held her vintage-style ring up to the camera. They say diamonds are a girls best friend, but Emma took the unconventional route as her engagement ring featured a unique pearl set in what looked to be silver or white gold. So stunning!

4. He has directed a movie. Dave made his directing debut in 2017 with a film called Brigsby Bear, which starred SNL cast member and longtime pal Kyle Mooney. The film released was only released in select cinemas and grossed $500k at the box office. A fan caught a video of the couple leaving the film’s premiere party together, which took place in the summer of 2017.

5. Dave started a comedy troupe. Along with Kyle, Beck, and Nick Rutherford, the foursome formed a sketch comedy group called Good Neighbor. They received acknowledgements from the likes of Steven Spielberg, and they even filmed a Comedy Central pilot called The Good Neighbor Show, however they were quickly snatched up by SNL.