Ex-West Virginia star running back Justin Crawford was just sentenced to 12 YEARS in prison after pleading guilty to committing a sex act with a 12-year-old girl. 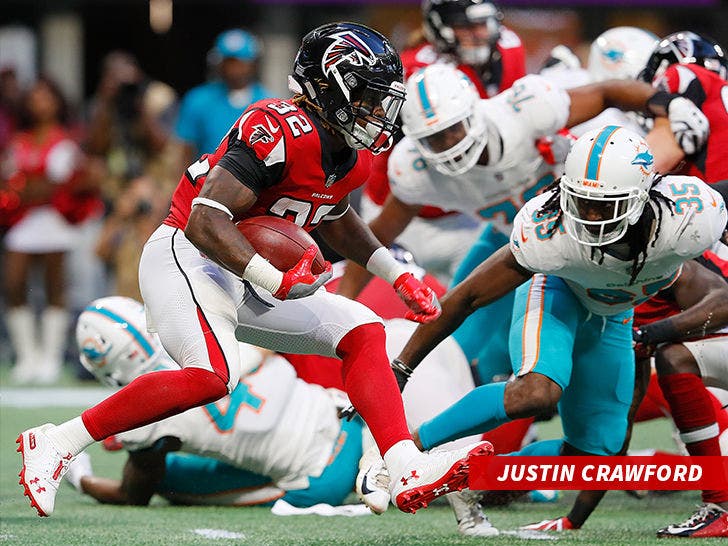 But now, his football career is all but over … after cutting a plea deal with prosecutors that will put him away for the remainder of his prime years.

Here’s the deal … Crawford was arrested in Georgia in October 2018. Officials say Crawford admitted to having sexual intercourse and oral sex with the girl. Crawford claimed it was her idea.

Justin was hit with felony charges of incest, child molestation sodomy and enticing a child for indecent purpose … and he was facing SERIOUS time behind bars.

But, Crawford cut a deal with prosecutors Tuesday … showing up to Muscogee County Court in Georgia to enter guilty pleas to charges of child molestation and sodomy.

In exchange for the pleas, a court official tells TMZ Sports Crawford was sentenced to 12 years in prison. He was also hit with 20 years of probation, which will begin at the same time as his sentence behind bars.

Crawford was named 2nd team All-Big 12 in 2017. After washing out with the Falcons, he briefly played for the Atlanta Legends of the AAF in 2019. That league shortly folded.